Gorilla Grodd has struck, some vile and villainous plan to destroy the people of Metropolis, but Superman and Supergirl are ready. They break into his lair and confront him, the villain pulls out a laser and points it at the two and fires at Supergirl. Superman sees this and rushes faster than a speeding bullet in front of the blast, saving Supergirl. Supergirl tries to help her cousin, but he is out, she demands to know what the blast was, and Grodd explains that it was a kryptonite mind fuck beam, and he anticipated Superman jumping in front of the shot, and now he is under his evil control. Grodd orders him up and to take out Supergirl, she tries to reason with Superman, but he is not himself. He stares her down, and she knows what he is about to do, so she braces herself as he lets out a blast of laser vision, and she fires back with precise aim stopping his beam and starting a dangerous, laser-staring contest. Superman pushes, but Supergirl holds strong, but he is much more powerful and his beam pushes through, blasting her back. Superman rushes at her and starts to beat her mercilessly, throwing her into walls and picking her up and giving her a super-spin. Once she is defeated, Grodd orders him to strap her to the cross, then he pulls out a super vibrator and starts to rub it all over the bound heroine, then on her pussy bringing her to a super orgasm. Superman rips her off of the cross and throws her down on a mattress, and both him and Grodd fuck the superheroine, filling up her mouth and pussy until they both cum. 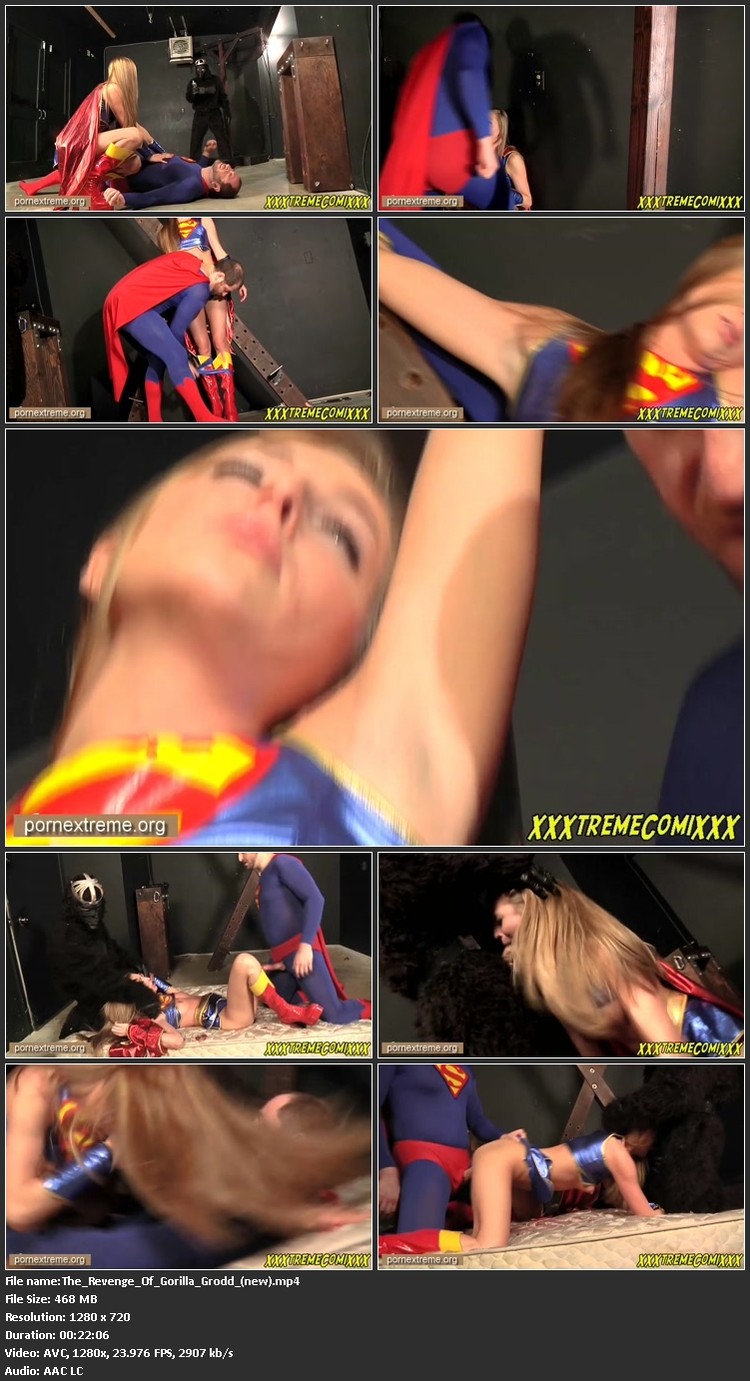