Supergirl has been captured by an evil mistress and is being interrogated as to the whereabouts of Superman’s Fortress of Solitude. Her powers stolen by kryptonite, Supergirl is shackled down, defenseless and vulnerable. When she refuses to betray her cousin from Krypton, they torture the helpless superheroine mercilessly. Pulling the top of her costume up, exposing her super-tits, the evil temptress tickles Supergirl until she almost wets her panties. When this doesn’t break her, the wicked woman pulls her panties off and sits on Supergirl’s face, rubbing her wet cunt on the powerless heroine until she cums, covering Supergirl’s face in pussy juice. Humiliated by the degrading treatment, Supergirl remains silent.

Calling one of her henchmen over, the villainess tells him to whip his cock out. Then, pushing Supergirl to her knees, the two of them force the stiff pole down her throat, causing her to gag and drool. Tears and spit mix with pussy juice that already coats her face, but she stays strong, inviting further torments. Chaining her arms overhead, the terrified superheroine is stripped of her panties and fucked, the henchman’s thick cock punishing her tender snatch. Moaning and gasping, the savage pounding is just too much for the young heroine and, much to her shame, she cums hard, breaking her will utterly. Defeated, she cracks, giving the devilish duo what they want. They leave her alone, still chained and weeping, to ponder her disgrace. 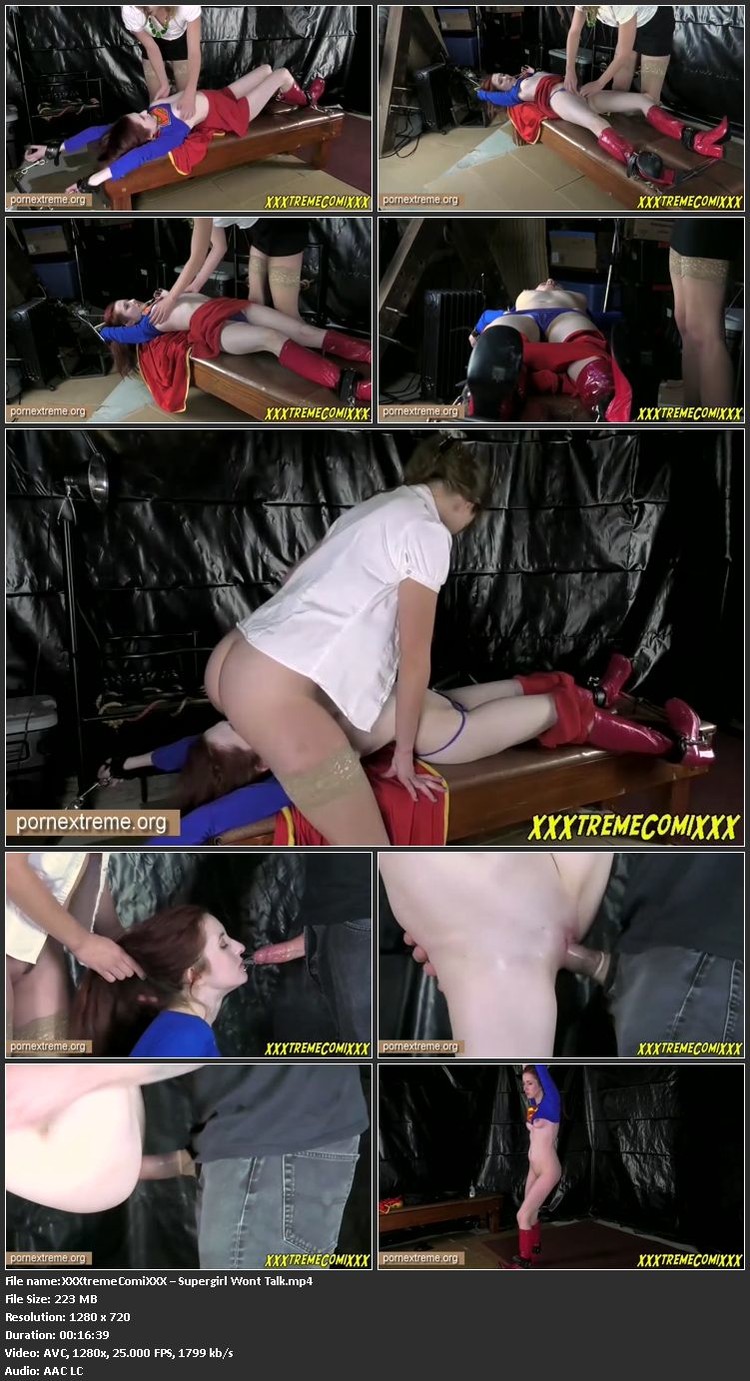