Stargirl is young, sexy and in her prime. With all the power at her disposal, taking down Hypno Hippie should have been easy, but her over confidence was her downfall. Making the mistake of meeting his gaze, and watching the swinging pendulum he held out, allowed the longhaired Lothario to place her in a trance and take control of her innocent mind. Ordering her to get on her knees and suck his dick, he only meant to teach her a lesson, but the lewd command triggered something deep within her. An inner slut is unleashed that neither or them is prepared for. Transforming into a shameless fuck bunny, she sucks and licks his cock like an ice cream cone, and she damn sure doesn’t forget the balls. Flipping up her short skirt to give him a show, as she takes off her panties, she jumps on that boy’s dick and rides the baloney pony express to pound town. By the time she starts begging for his hot load, Hypno Hippie’s balls are fit to boil over, so her lets his jizz fly, coating her in a nut gravy glaze. Content with his victory, the villain releases his hold over the sticky superheroine, but she still wants more and begs him for a rematch. 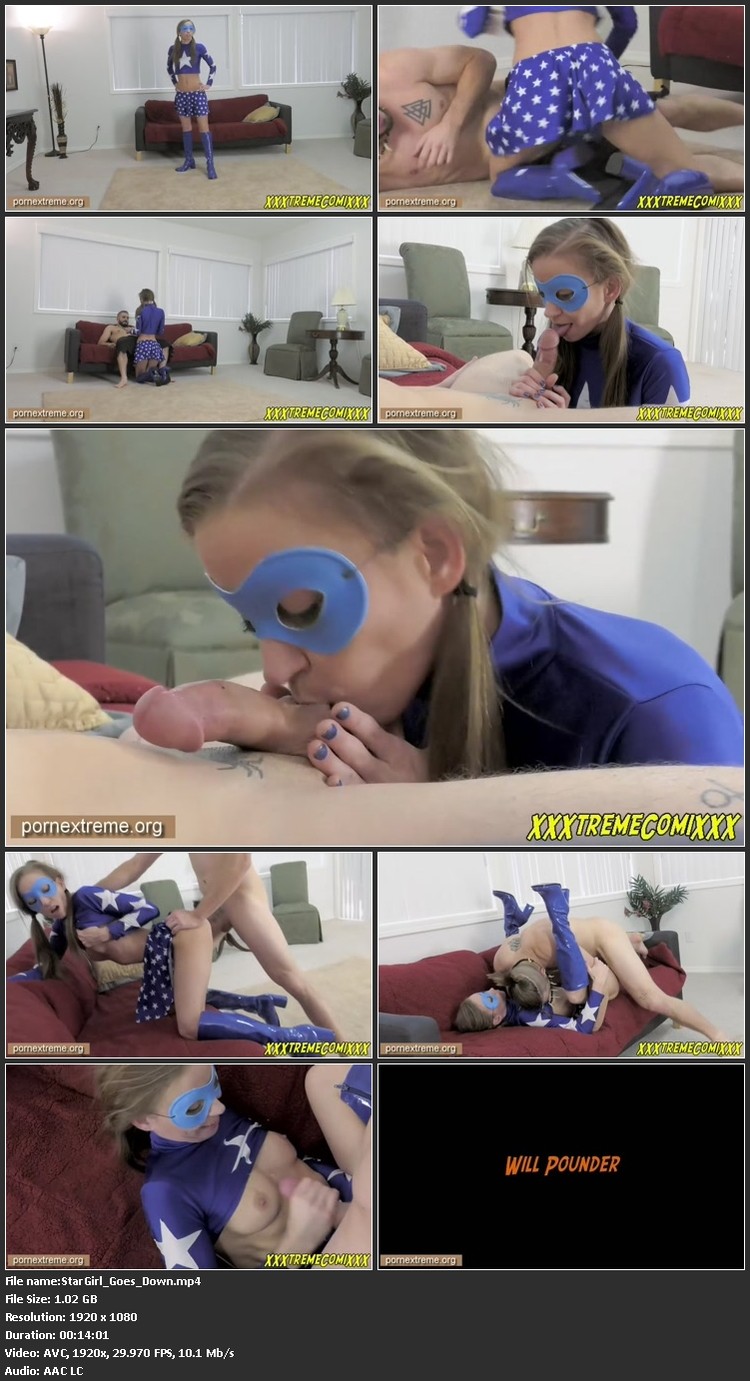