Quick Silver is about to take on the mad scientist, Doctor Evil, but this time his technical know-how has discovered her weakness. Tuning into her speed frequency, the press of a button is all it takes to negate her speed. Without her powers, Doctor Evil subdues her easily. She struggles, but it is no use. He is too strong for her. If she had any doubt as to his evil plans, he roughly pulls one of her tits out of her shiny costume, tugging cruelly on her nipple. Bending her over, he forces her face down on a table, yanking her bottom off, spreading her ass cheeks, exposing her tight asshole and gaping her pussy. He rubs her pink, puffy pussy lips, drawing moans of pleasure and frustration. Pulling his stiff cock out, he forces himself inside her open cunt, grabbing her hips and using her like a piece of meat. Superheroines must not have much time for a social life, because it doesn’t take long for her to respond to his aggressive stimulation. Her body betraying her, her chest heaves, as she gasps and grunts, the evil shaft inside her bringing her close to the edge of a must needed release. Flipping her onto her back, the doctor spreads her legs wide. She whimpers, submitting to her animal lust and giving in to the villain’s brutal assault. Again and again, his huge cock slides into her once innocent snatch, the disgraced superheroine now just a sexual plaything for the evil doctor. To cement his victory, he pulls his dick out and covers her in his goo, defiling both her and her stained uniform. Sperm never comes out of those things. As a final insult, he once more tunes into her speed frequency, freezing her entirely, making her completely at his mercy. Now she can’t hide when he uploads those photos to his evil Facebook page. 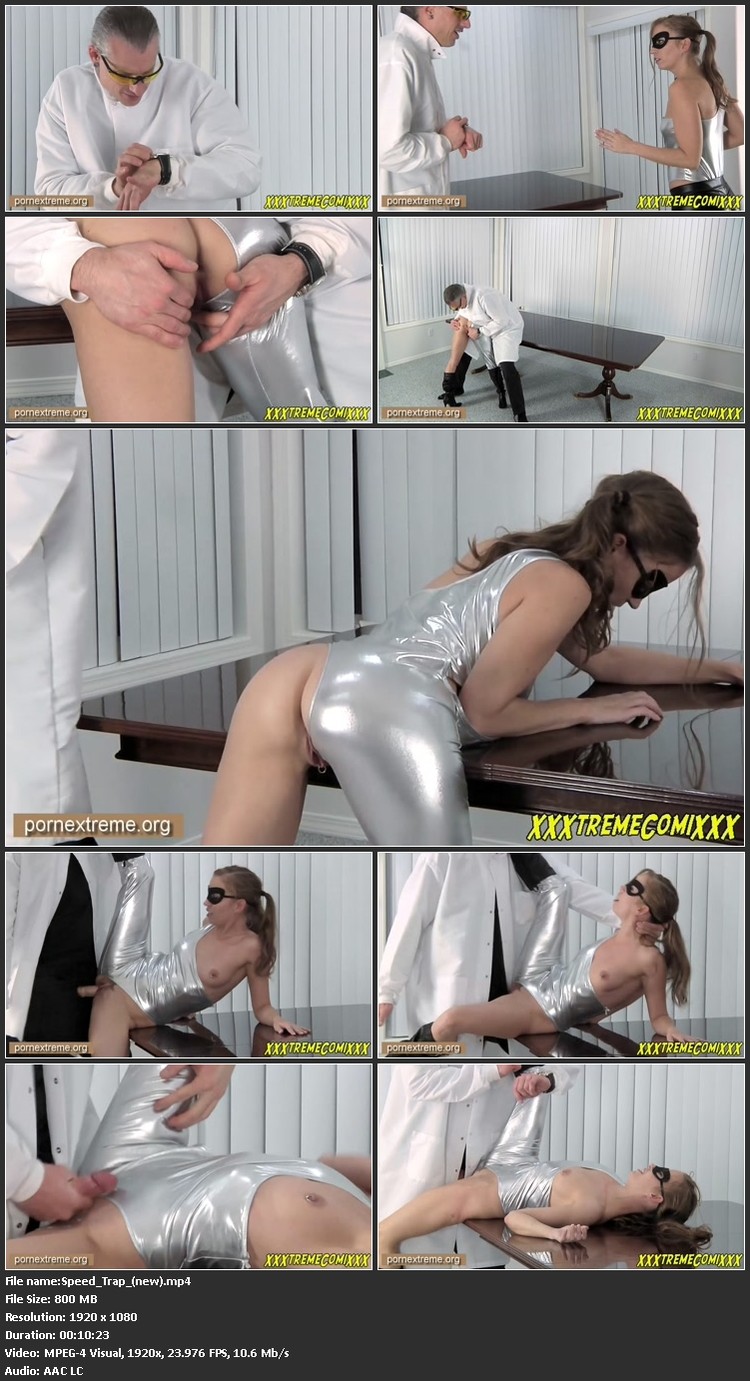