Robin is at home, getting ready for patrol, when what looks like Madd Bomber, burst in with a henchman. She knows that Madd Bomber is in a cell right now and demands to know how he escaped, but he explains that he is Madd Bomber Jr, and he is here for revenge! The two villains rush into action, and start to kick Robin’s ass. She was trained by the best, and is a tough opponent, but they eventually defeat her. Lucky, Madd’s henchman, holds her down as Madd rubs a hitachi all over Robins sexy body, she wakes up and starts to struggle as the villain vibrates her pussy to multiple orgasms, she screams and writhes under the strong vibrations, but slowly gets weaker with every mind blowing wave of forced pleasure. They throw her onto the bed and Madd pulls out his cock and shoves it into her mouth, while Lucky fingers and eats her pussy. Madd fucks the heroines throat, making her gag and drool all over his evil cock, but he is ready for more, he gets up and shoves his cock deep into her pussy and fucks her, pounding away at her innocence until he cums deep inside of her. They then tie her up and gag her, leaving her with a little gift from the original Madd Bomber….tick, tick, tick… 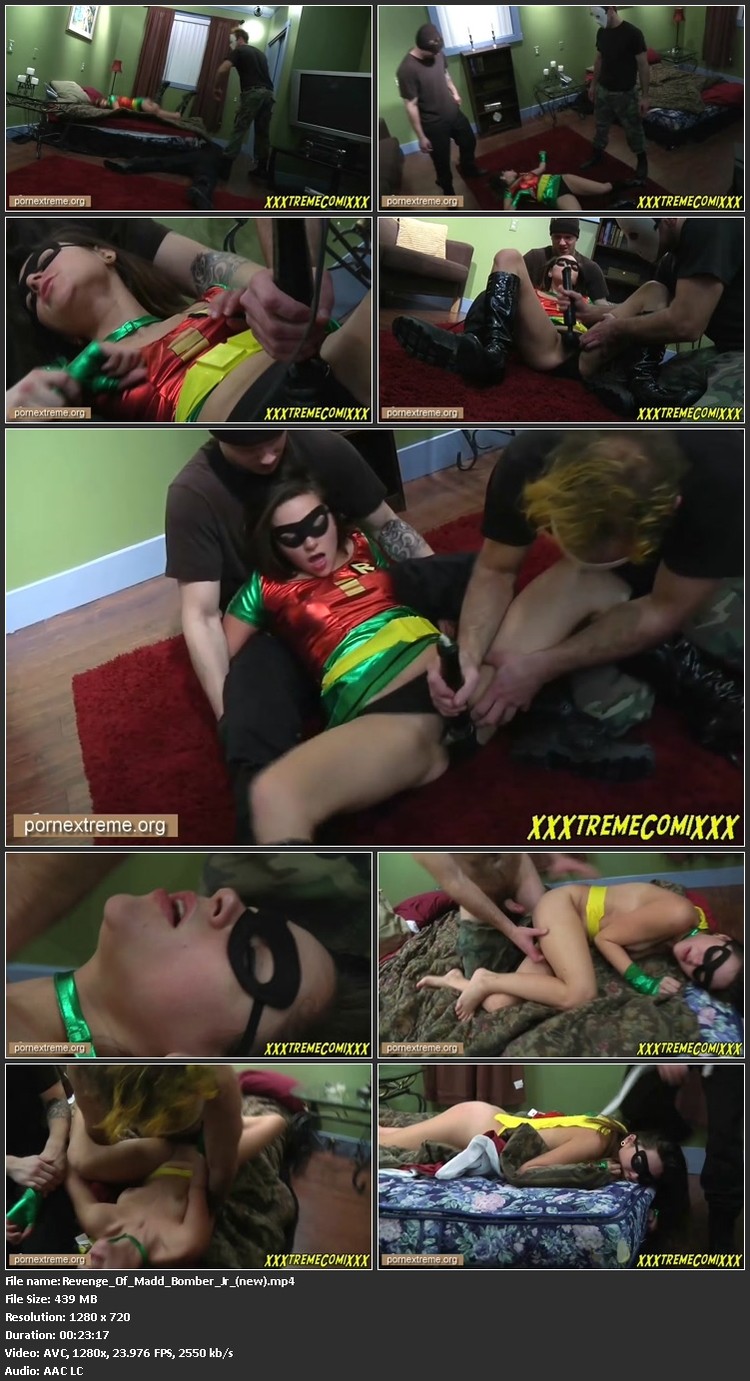