Poison Ivy has a girl and is using her as bait to lure the Batman to her lair. Batman shows up, and demands she let the girl go and turn herself in, Ivy tells Batman that she has no intention of doing any of that, and that she has mixed Skorpion Venom with Ficas extract and injected it into herself, which has made her strong, stronger than Batman. They fight and it doesn’t take long for Poison Ivy to defeat Batman, she tells him to kiss her, but knowing she has mind altering lipstick on he refuses, and she kisses him anyway and Batman starts to writhe in pain as her pheromones start to take control of him. She sits down and orders Batman to crawl to her and worship her feet, she then lays him down on the bed and starts to suck his dick, then she rides him cowgirl and then has him fuck her doggy style and then standing, then Batman pounds her face until he cums all around and inside her mouth. Batman then punches Poison Ivy, and she wonders he he broke from her control and he tells her that he was faking, “Taking one for the team” then he hits her again, frees the girl and they leave. 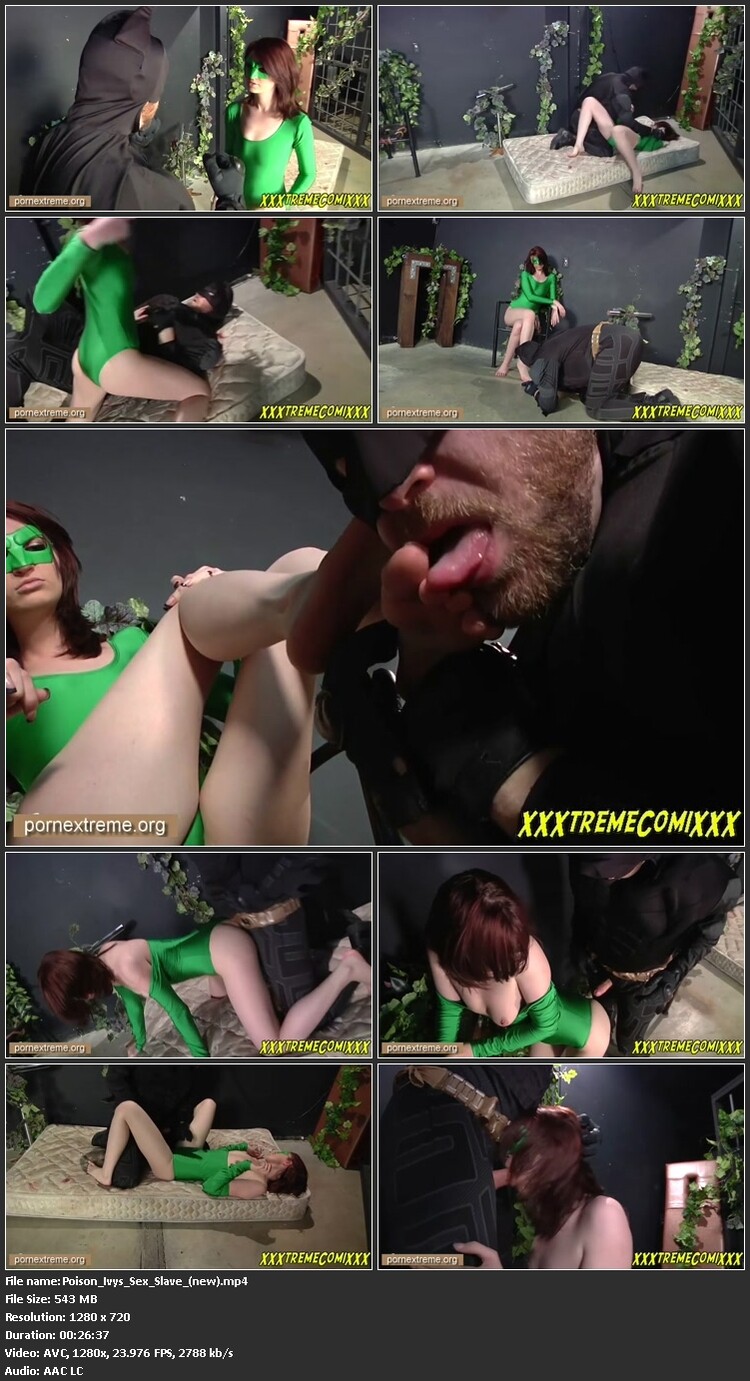