Willow is out for vengeance! After being captured by an evil villain and tormented to no end, she has decided to become the superheroine they all insist she is: Lazarus Girl. Using her special power of healing, she plans on getting the answers she deserves. She hunts down a major player from the evil supervillain organization that captured her, she uses a sleepy time rag on her to capture her and bring her back to her hideout. Once out, she strips her, then drags her off and seran wraps her to a table. Once the villainess wakes, Willow begins her questioning, cutting holes in the plastic so she has access to her tits and pussy, then she attaches wires to her nipples and pussy and begins her questioning, shocking her every time she refuses to play. Willow grabs a hitachi and starts to rub it on her prisoners pussy while simultaneously shocking her, then Willow gets a little jealous and straddles her face and makes her lick her pussy until she cums! 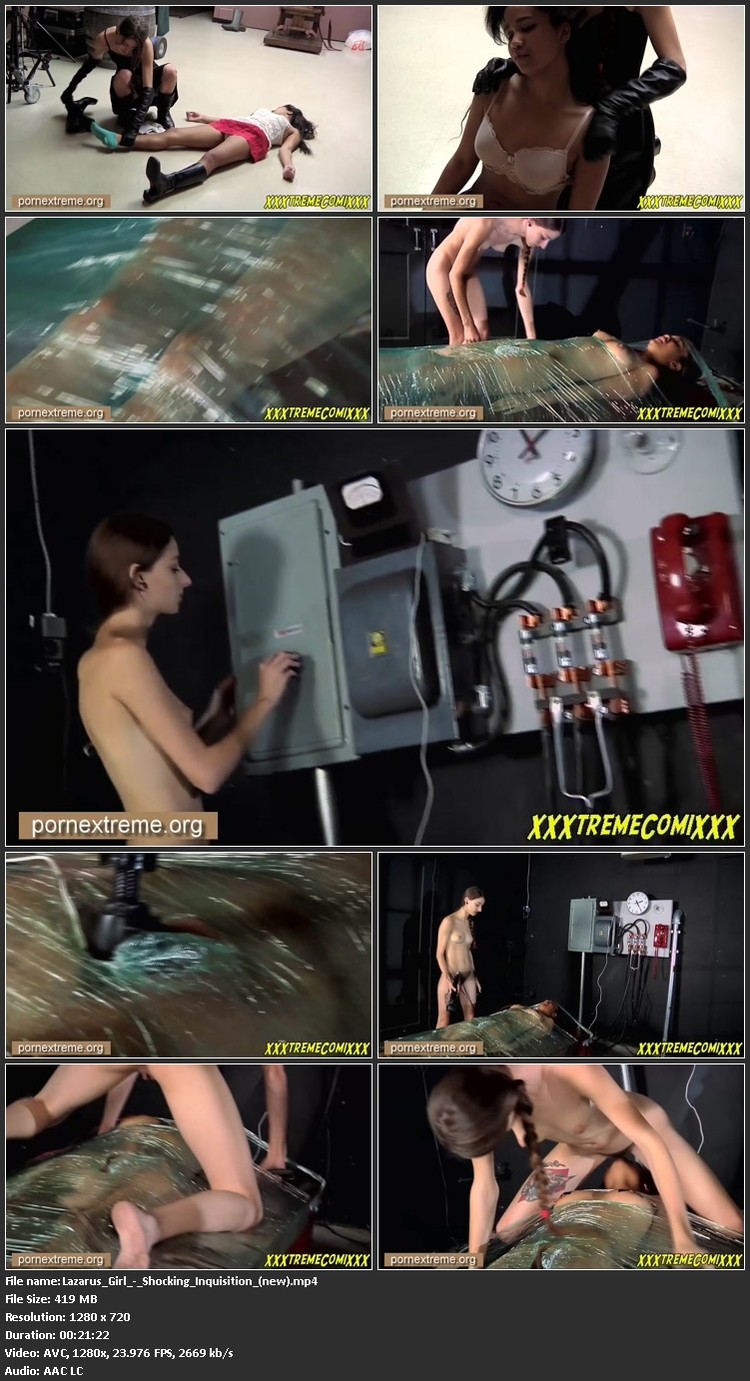