Lady Luck is home after a long day of battling super villains. What she doesn’t know is that a new one lurks around the corner. He watches her read a book, relaxing on her bed. She starts to get pretty bushed, yawning and stretching. This is when he makes his move. He emerges from her closet and grabs her, only to be slammed to the bed. It turns out, he’s an assassin sent by Madame Kill. She interrogates him. He promises to tell her if she doesn’t beat him up. She’s going to use him to draw out Madame Kill. He reluctantly agrees, though he double-crosses her almost instantly, beating her head against the floor in anger. He knocks her out and ties her up, torturing her with a Hitachi vibrator, forcing her to cum over and over again. He takes photos of her as proof of his dirty deed. He brings her to his dungeon and continue to beat her, having a little fun with her before he does her in. Instead of killing her, he decides he will just tie her up and let Madam Kill find her. He ties her hands to a cement block to hold in her place. He makes her crawl across the ground to suck his waiting cock. He shoves it down her throat, fucking her mouth and making her gag and spit. Madame Kill will arrive in a few hours, and he figures she can wallow alone until then. He leaves, her fate in the hands of her arch-nemesis. 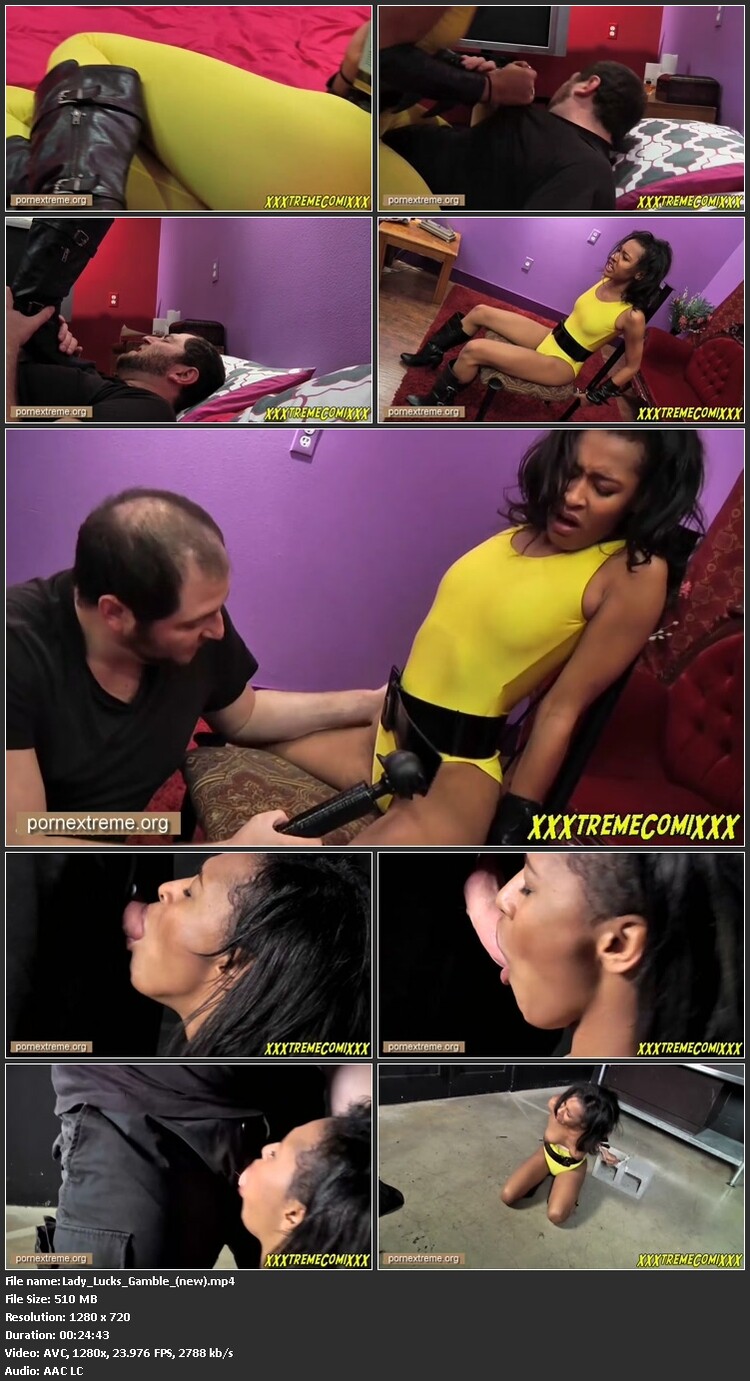