Thinking that she is just stopping a routine robbery, Black Canary confronts a dangerous looking man. He looks her up and down, her sexy, black skin-tight costume, high heels and fishnet stockings showing off her long legs and ample cleavage, and a smile spreads across his face. They begin to fight, but it becomes quickly obvious that this is not some random thief. Displaying a mastery of the martial arts, he easily renders Black Canary unconscious. The man handcuffs and gags the seductive superheroine, while she is incapacitated. She is rudely awakened by the man’s huge erection being forced inside her. Looking around frantically, she finds herself in a darkened lair, on a filthy mattress, bound and gagged. The desperate nature of her situation sinking in, her eyes go wide in terror when her attacker sticks a gun in her face, and tells her that if she resists or tries to get away, he will kill her. She sobs and screams while the man continues to thrust into her from behind, the fat cock brutally tearing her tender pussy open. Moans of despair come from her mouth at the feelings of helplessness and violation, as she used as a fuck toy, the man stripping her of her clothing and throwing her around like a rag doll. 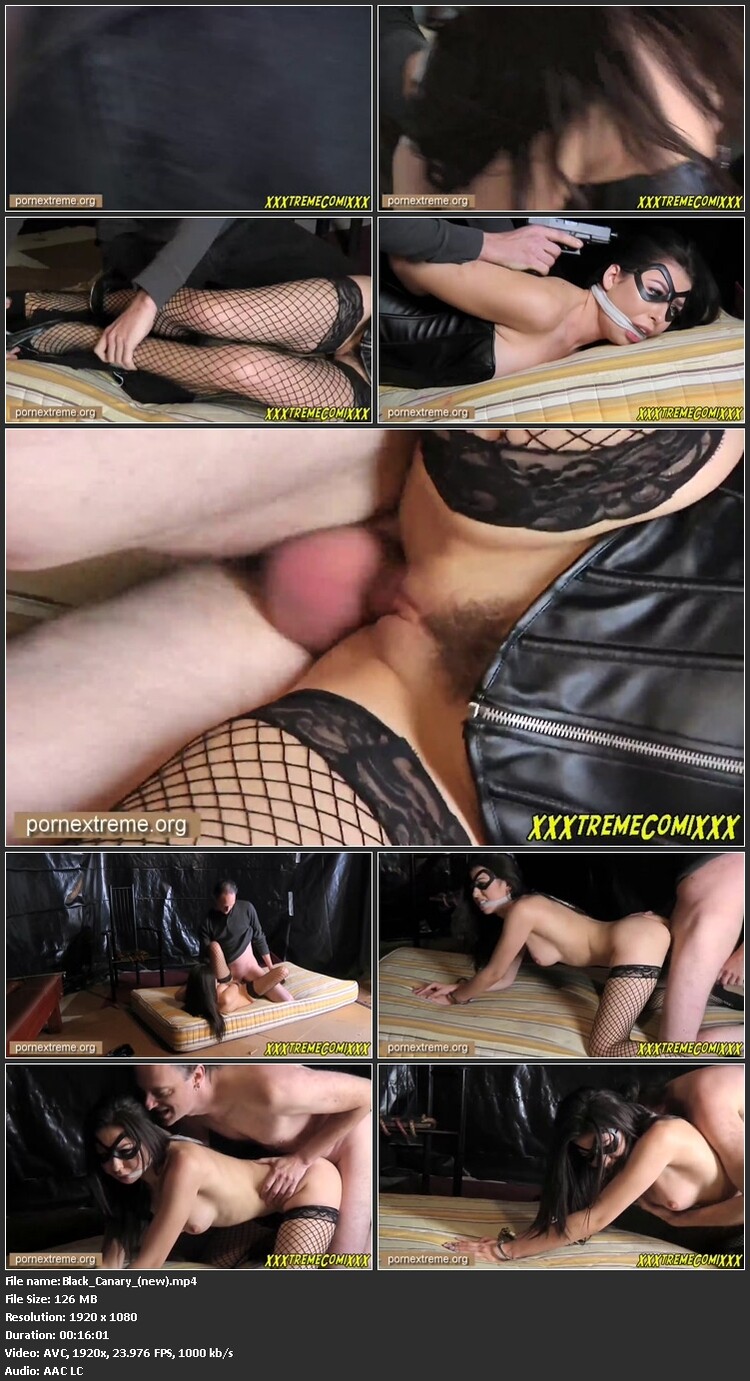