Poking around the apartment Batgirl looks for clues when she is interrupted by a masked villain with super human powers. The masked villain used is power punches to throw Batgirl around the room till he knocks her out. Flopping her body around as he is so proud of what he has done to her. He ties her up where no matter how hard she tries she can’t escape. He knocks her out again. She comes to in his secret layer where she is tied limbs spread across the the cross. The villain come up from behind as he knows her true weakness.He tickles her uncontrollably as she struggles up can’t get away. 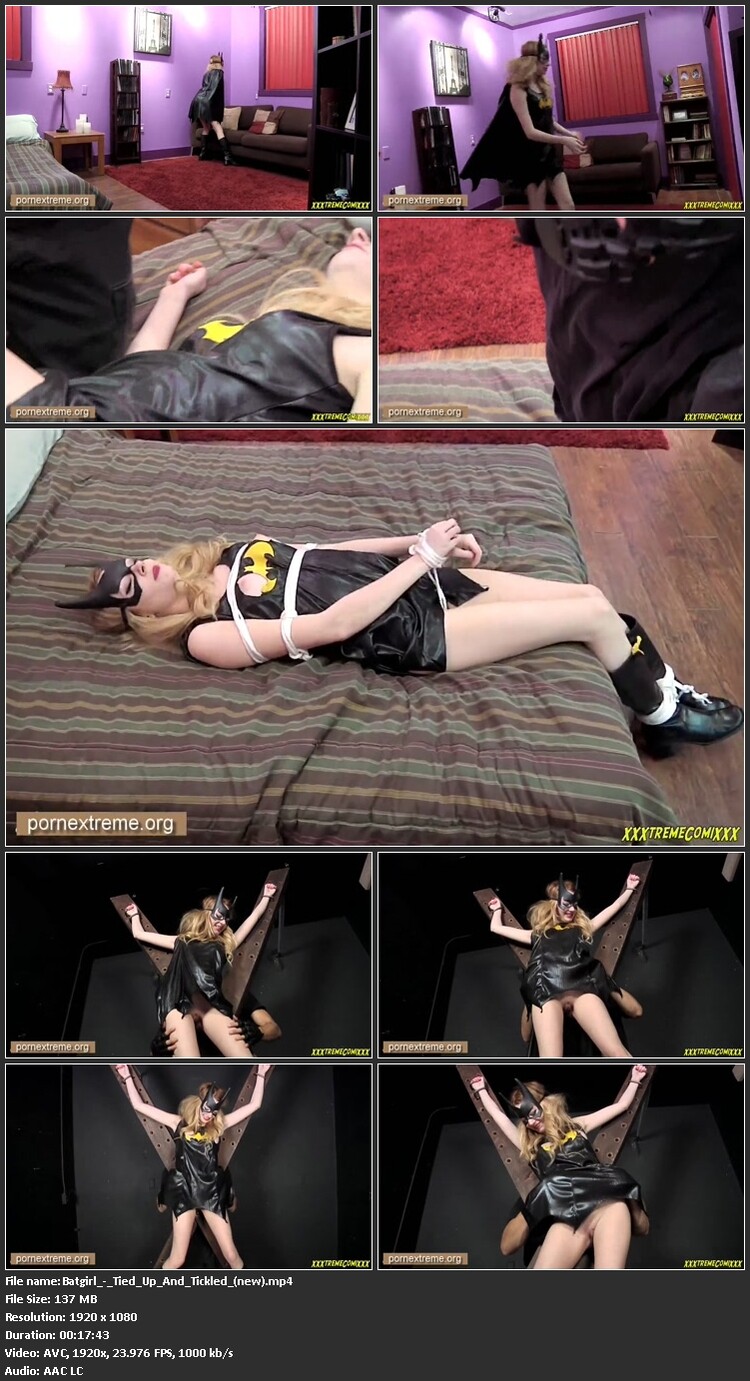