Batgirl and Wonder Woman just took care of Solomon Grundy, and he is laying to rest in the hospital. A man shows up to id him and reveals himself as Dr. Wayne Brenen, evil mastermind. Brenen resurrects Grundy and tells him it is time for revenge. Batgirl and Wonder Woman are sitting at Batgirls house relaxing after their fight when they hear “Born On A Monday” from outside, they jump up to see Brenen and Grundy standing before them. Brenen orders Grundy to attack and he fights Wonder Woman leaving Brenen to fight Batgirl, they take care of the two easily and Brenen ties Wonder Woman up with her rope and has her suck his dick, then has Grundy make Batgirl join in. Both heroines suck his dick, taking turns and sometimes both sucking it, until he has had enough and has Grundy hold Wonder Woman while he fucks Batgirl, after fucking Batgirl he fucks Wonder Woman, but Grundy wants some action and starts to fuck Batgirl. After Brenen cums inside Wonder Woman, he orders Grundy to stop and says that they will be his new sex slaves. 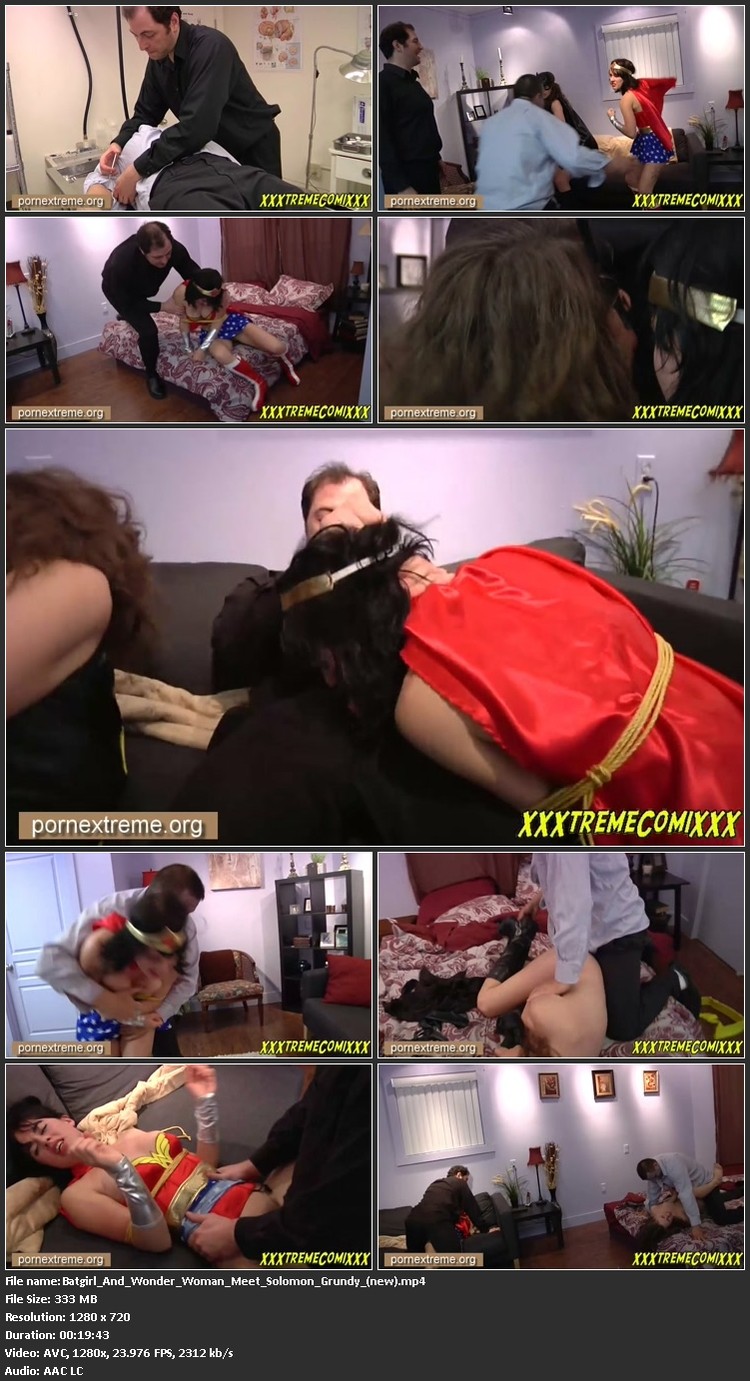