It’s payday for Bane, and he’s celebrating with some vodka. He drinks too much and passes out on the couch, at which point Batgirl sneaks in to steal his cash. She’s busy stuffing the money into a bag while Bane remains passed out. As she’s leaving, she bumps the stereo and wakes him up. Angry, he tosses her on the bed and shoves his cock in her mouth. She sucks his cock and balls and then he tosses her back on the bed, showering her in the stolen cash. He removes her panties and boots and tickles her into submission. 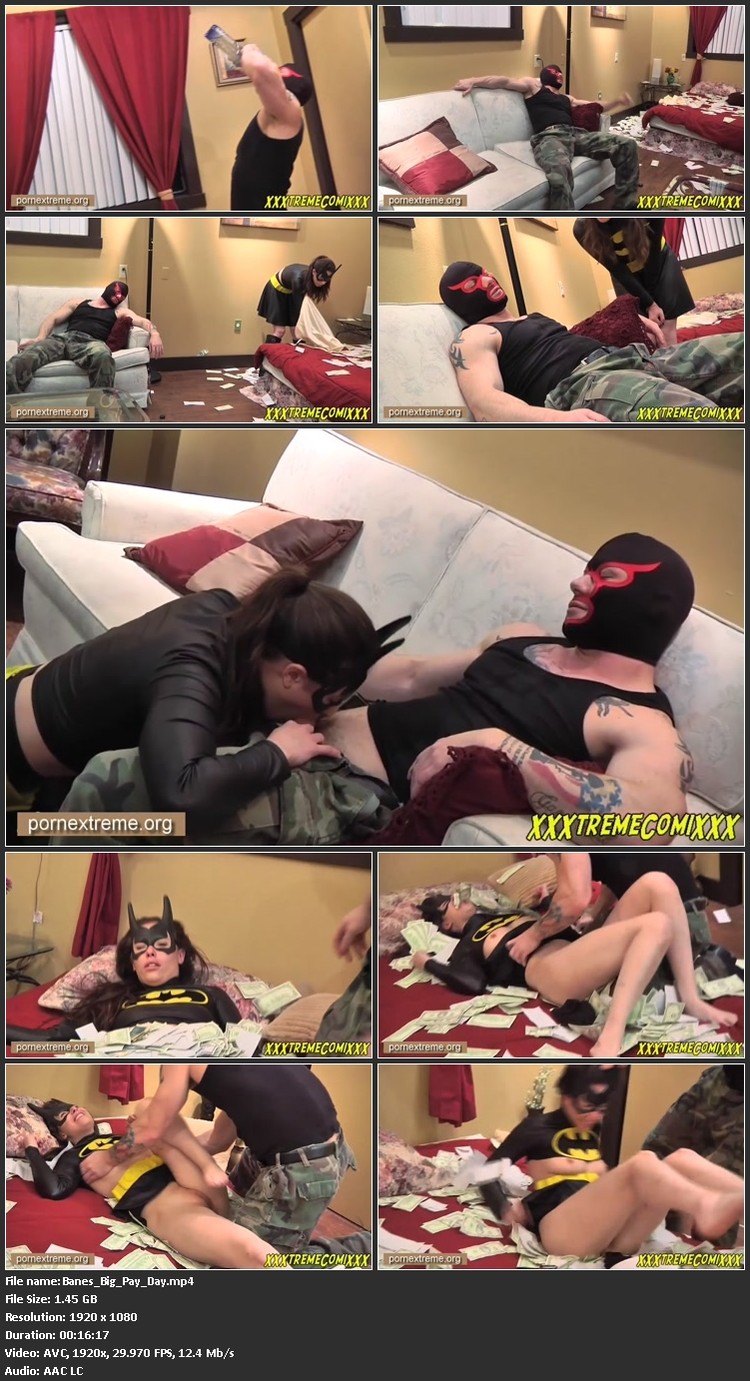