After Robins(Dixie Grayson) tragic run-in with with The Triad Of Evil, Batman went on a vendetta against Black Mask and Dethstroke, but he never captured Bane, who has started his own squad. Batgirl and Robin(Tina Drake) are hot on their trail, but out of nowhere they are jumped by villains. The heroines defend themselves admirably, but Bane and The Terrible Two quickly overpower the duo. They drag them to a separate room and strip the girls of their utility belts, then hoist them up on the winch, dangling by their arms. Bane tells them how he plans on take over Gotham, and destroying them is the first step. He tosses the power glove to one of his henchmen, who fires painful electricity beams at the tortured fowl. He then unhooks the girls and binds Robin to the cross and Batgirl to the cell. They villains beat on the Dynamic Duo with a baseball bat and crowbar. 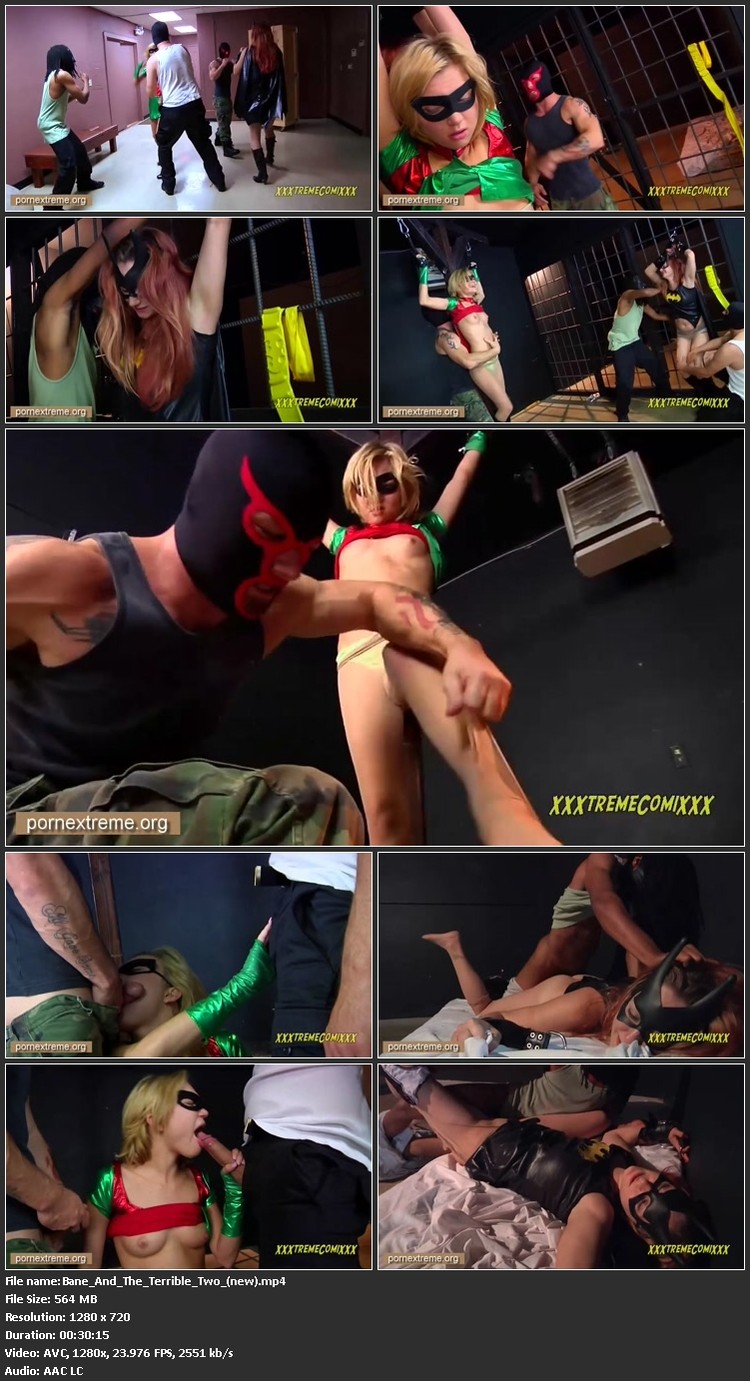