Psycho-Thrillers The most popular extreme videos
May 27, 2021admin

A man and a woman indulge in sex and death games in the office. Woman killing man video. 1 Girl, 1 Guy A well-dressed executive is sitting at his desk An extremely sexy woman comes in She is wearing a while blouse, short black skirt, pink heels They talk briefly, then engage in some sexual foreplay She encourages him to lie down on the floor He complies, and she teases him erotically She stands up and goes to the desk While he waits, she pulls the power cord from his computer She fashions it into a strangling cored and returns to him She returns to sexually teasing him Abruptly she wraps the cord around his neck She viciously strangles him He struggles and tries to get up She wraps her legs around him to hold him down Fiercely, she garrotes him with the cord till he goes still She straddles him, listens for his heartbeat Opening his jacket, she resuscitates him He doesn’t respond, so she gets a taser from her purse She shocks him until he comes back to consciousness While he is groggy she helps him into the office chair She helps him take off his jacket Suddenly he attacks her, wrapping his hands around her throat He tries to throttle her, pushing her up against the wall She breaks loose and pushes him back into the chair Before he can get up, she pulls a gun from her purse Without hesitation she shoots him in the head He sprawls dead in the chair She goes down on her knees and opens his pants She sucks his cock to give him a dead man’s hard-on Climbing onto his lap, stripping off her top, she rides his cock When she has her climax, she climbs off him and dresses She gathers her things, including her gun Before she leaves, she shoots him twice more in the heart She departs, leaving the murdered executive sprawled in the chair. 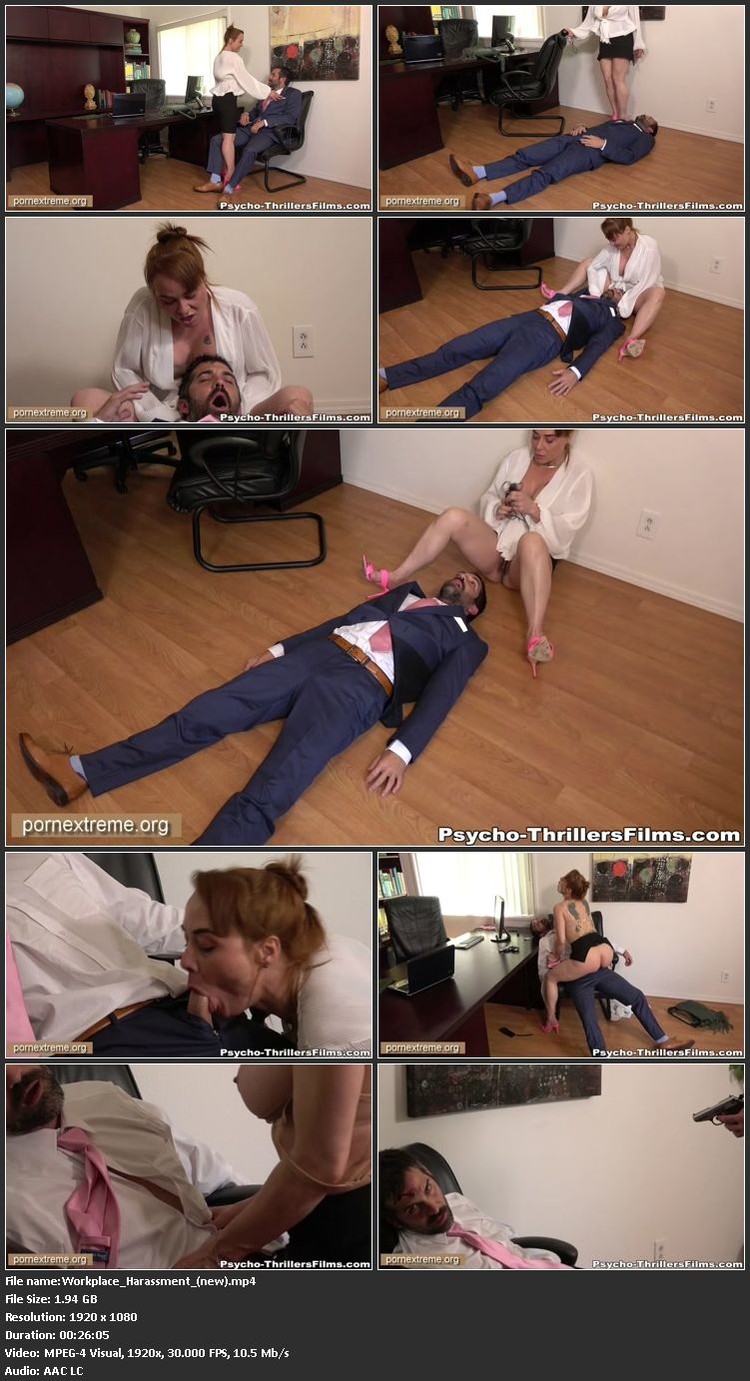