Description: Agent Velvets receives a warning from the head of her division: A small army of clones have been sent to her hide out to take her down…but Velvets (armed to the teeth) is ready for them. The clone subjects played by Gloria Shynez and Megan Jones appear in different areas of Velvets’ home, and they all meet the same bullet-ridden end. In a wide variety of different and creative scenarios, Megan and Gloria meet their demise at the end of Velvets’ barrel, until every single intruder has been disposed of! Fans of machine gun play: this one’s for you!

There are NO blood scenes or special effects just a sexy girl dying over and over! 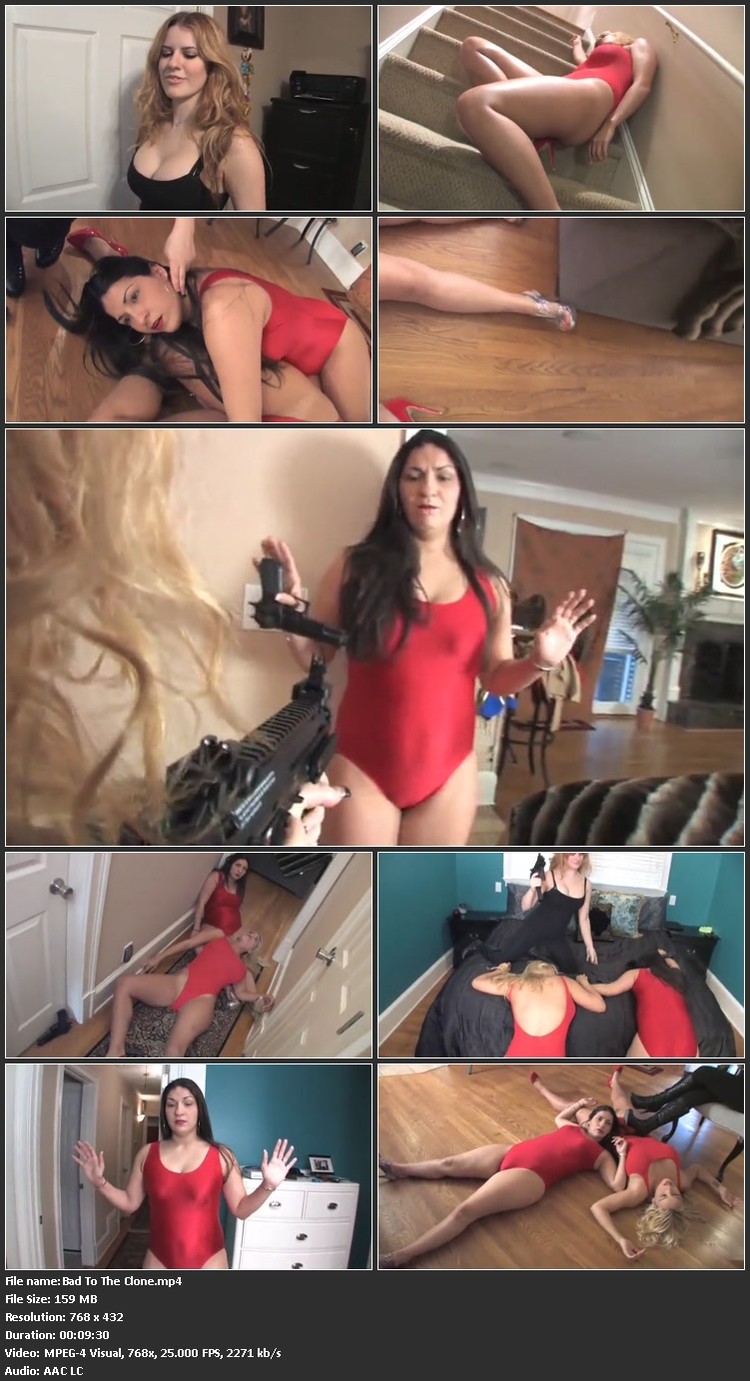