An Uber passenger is kidnapped, assaulted, raped and murdered by two men (no death in Part One). 1 Girls, 2 Guys Two men discuss a plan to abduct a pretty Uber passenger One of the men goes to her house to pick her up Passenger and driver are both wearing COVID face masks The woman is dressed in chic dark business wear She is blonde, slim, and beautiful He gives her a sip of drugged drinking water She passes out in the back seat He takes her back to her house She is carried inside and dumped on the floor He puts cuffs on her to restrain her hands He calls his accomplice to come over to the house Rolling her over, he fondles her unconscious body Unable to resist, he opens his pants He puts his hard cock into her mouth He uses her for fellatio until the second man arrives The second man also frees his rigid cock While the first man holds her head, he uses her mouth too They switch off, fondling her and fellating themselves She wakes up and is horrified They force her to her knees to suck both cocks The handcuffs are removed They strip her down to her lingerie, then topless On her knees, she is forced into more cocksucking They drag her to the bedroom Arranging her on the bed, they fondle and fuck her She weakly resists, but they make her pleasure them Light choking, spanking, manual restraint Forced fucking in various positions Finally they tie her again Her wrists are bound to her ankles She is left on the bed face down, naked except for black stockings 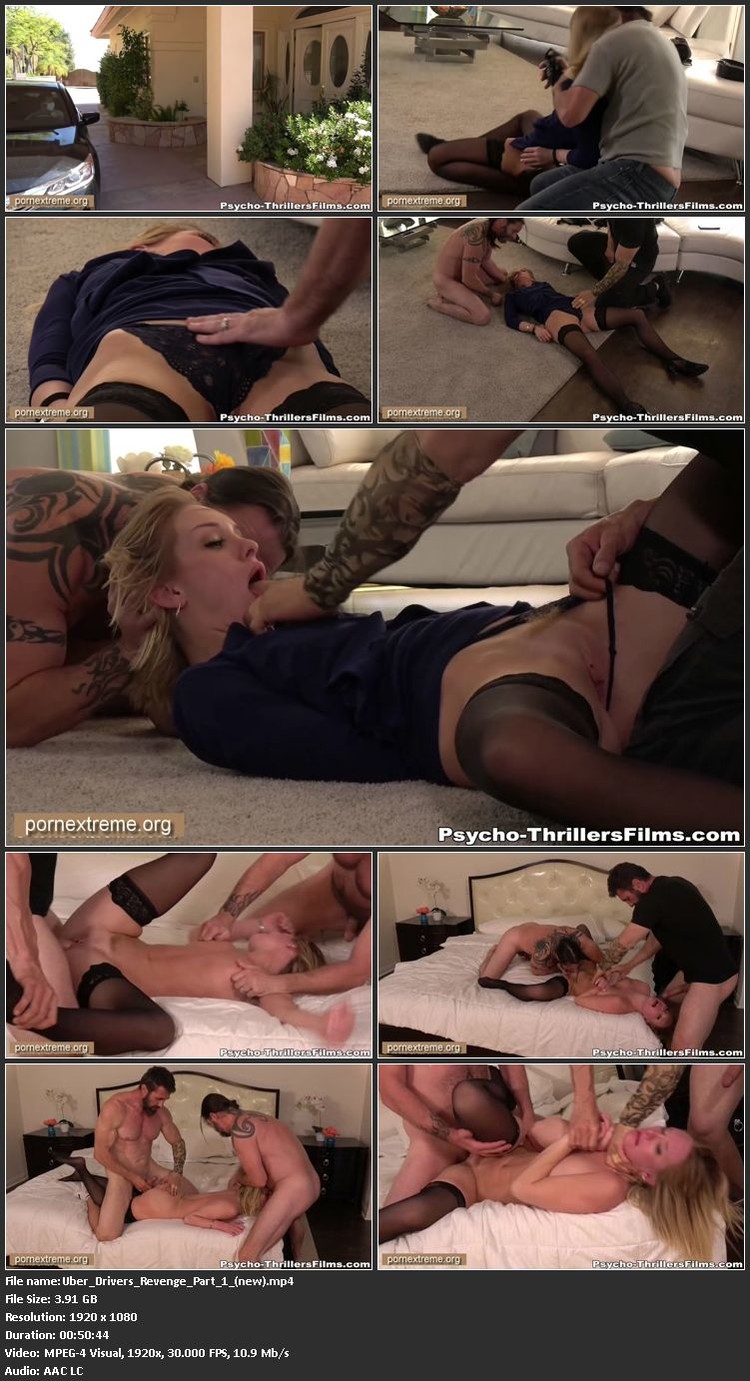