Orias and her brother have always had a strange relationship. The two have been very close, and occasionally he feels something a little more than brother-sister love for her but has never really acted on it. One evening he was lounging in bed when she bounded into the room and began bouncing on the bed playfully. He sat up and started to play with her, spanking her and play fighting. That play fighting turned to wrestling, and soon he lifted her up and dropped her onto his knee. He heard a sickening crunch and knew he probably hurt her. He lowered her body to the bed and checked her body, she was very dead. Since she was dead, he decided to have a little fun. He removes her top and begins to rub her body. He starts playing with her hands, using her tendons to open and close her fingers and then dropping her arm to the bed. He reached down and closed her eyes and played with her hands some more before removing her underwear and rolling her over. With her ass facing him he decided to give her a proper spanking. He swats her butt a few times, moving her body around. He opens her eyes and rolls her over onto her back where he begins to play with her throat, moving it around with his fingers. He lifts her up, carries her around the room, and drops her on the bed a couple of times before rolling her up in a blanket and carrying her out of his room to bury her in the backyard. 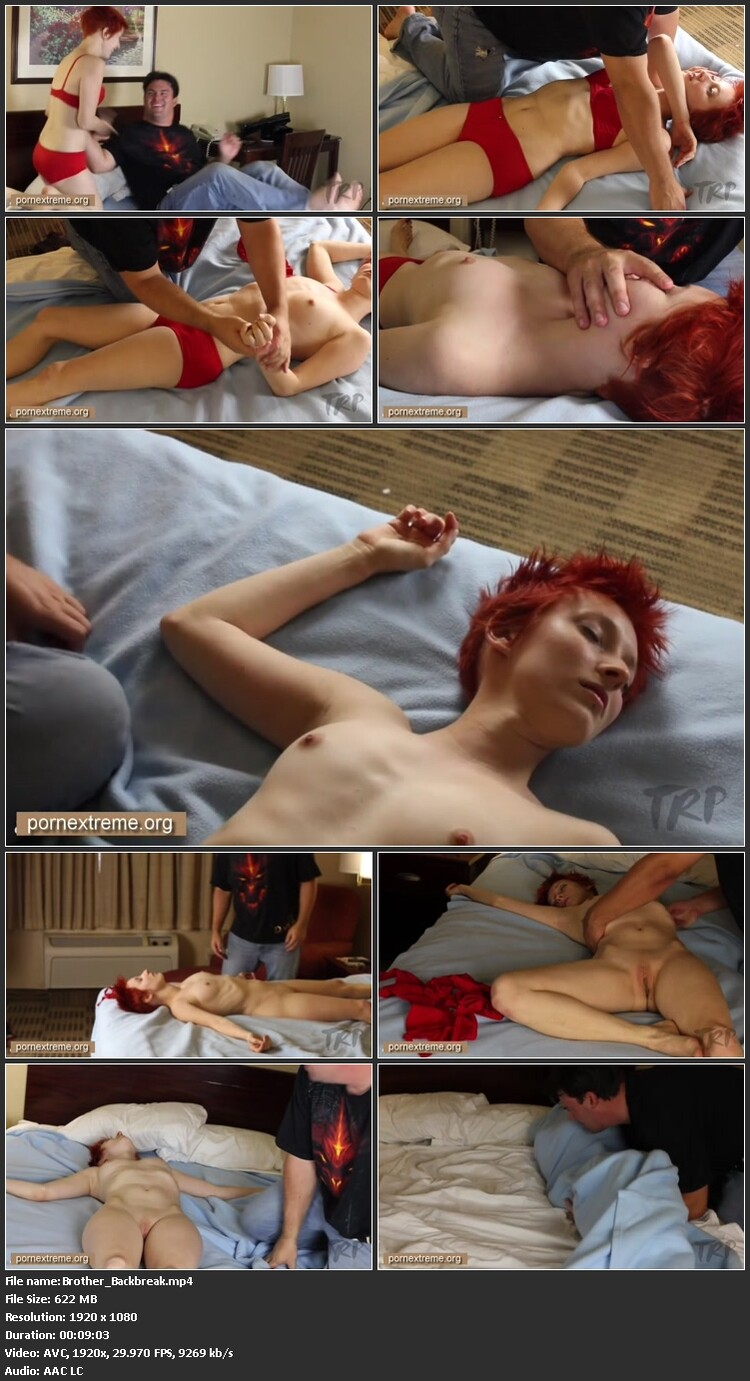