Tricked And Tied Up – XXXtremeComiXXX – SuperHeroine

Tricked And Tied Up – XXXtremeComiXXX – SuperHeroine

Batgirl and Robin have made their way into Spacemonks secret lair. The two superheroines slink around on all fours, their thong clad pussies exposed under their skirts as they look for their nemesis. The come across a table with a mysterious looking device. A note reads “Do Not Touch.” Not seeing it in time, it is too late when she picks it up and immediately finds herself in a trance from it’d mystic power. Out of nowhere, Spacemonk attacks the still lucid Robin, swiftly putting her in an arm bar and taking her down. The two women lay on the floor completely tied up. The two super heroines turned damsel in distress wiggle and squirm against their bonds as they slowly recognize the peril of their situation. After a heartfelt apology from Batgirl the two attempt one more time to escape their bonds before Spacemonk returns, but they are not quick enough.

Spaceman decides he needs to punish them for their escape attempt. He bends them over the table and lifts their skirts for a good spanking. Spaceman’s hands land heavily on the girl’s asses as they redden with each thud. Spacemonk secures Batgirl to the table as he takes control of Robin, putting the wand into her hand. Under his spell he makes her use the wand on Batgirl, forcing her to wiggle and squirm against the wand on her clit. Spacemonk uses clamps to intensify the sensations, securing one tightly to each breast. Driving things further, he puts mouse traps on each of her nipples as Batgirl rolls closer to orgasm. Batgirls back arches as waves of pleasure over come her and she orgasms. To finish the job, Spacemonk demands a hand job from Robin as he continues to use the wand on Batgirl. Her hands stroke him to fruition. Satisfied, he leaves her to finish the job on Batgirl. 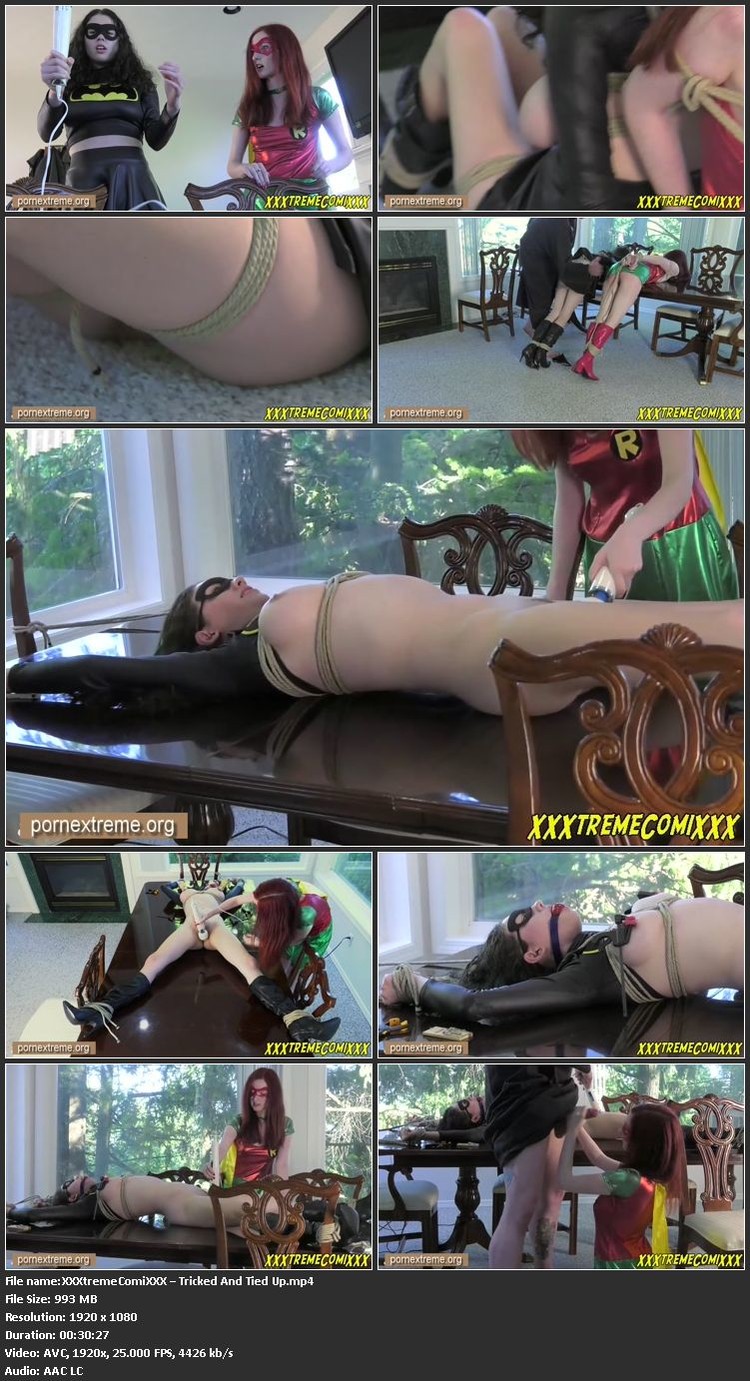