A man is driven by a thirst for revenge when his little brother is critically injured in a car accident he believes was caused by his ex-girlfriend Iris. Iris and Jason dated through high school and got engaged after they graduated. Iris cheated on Jason for over a year before eventually breaking off the engagement when she met and started dating a middle-aged man after she started college. Besides dating an older man, she further added insult to injury by driving around in a brand new car her date bought for her. Jason couldn’t take the stress and humiliation and began drinking which led to Jason getting into a serious car accident which landed him in the hospital fighting for his life. When Iris heard of Jason’s accident, she didn’t bother to visit him and this enraged Jason’s older brother Alex, who now feels Iris should pay the ultimate price. He enlisted the help of a childhood friend to help him after he revealed the truth and, after careful consideration, he decided the help him. The next week, Alex broke into Iris’ car and hid in the backseat. When Iris sat inside her vehicle, she was chloroformed and rendered unconscious before being carried away and tucked inside an SUV and driven away. Iris is then fondled and repeatedly raped by both men who ripped open her clothing, roughly finger fucked her, jammed their cocks down her throat repeatedly, bottle raped her twice and fucked her in many positions. The sexual attack lasted all day with iris trying to escape, trying to fight back before she was reduced to a quivering, weakened mess. Moments later, iris was lifted off her knees and brutally strangled to death on the very bed she was raped on and sexually fingered as she died, helping her to a final orgasm before she expired and was carried away. 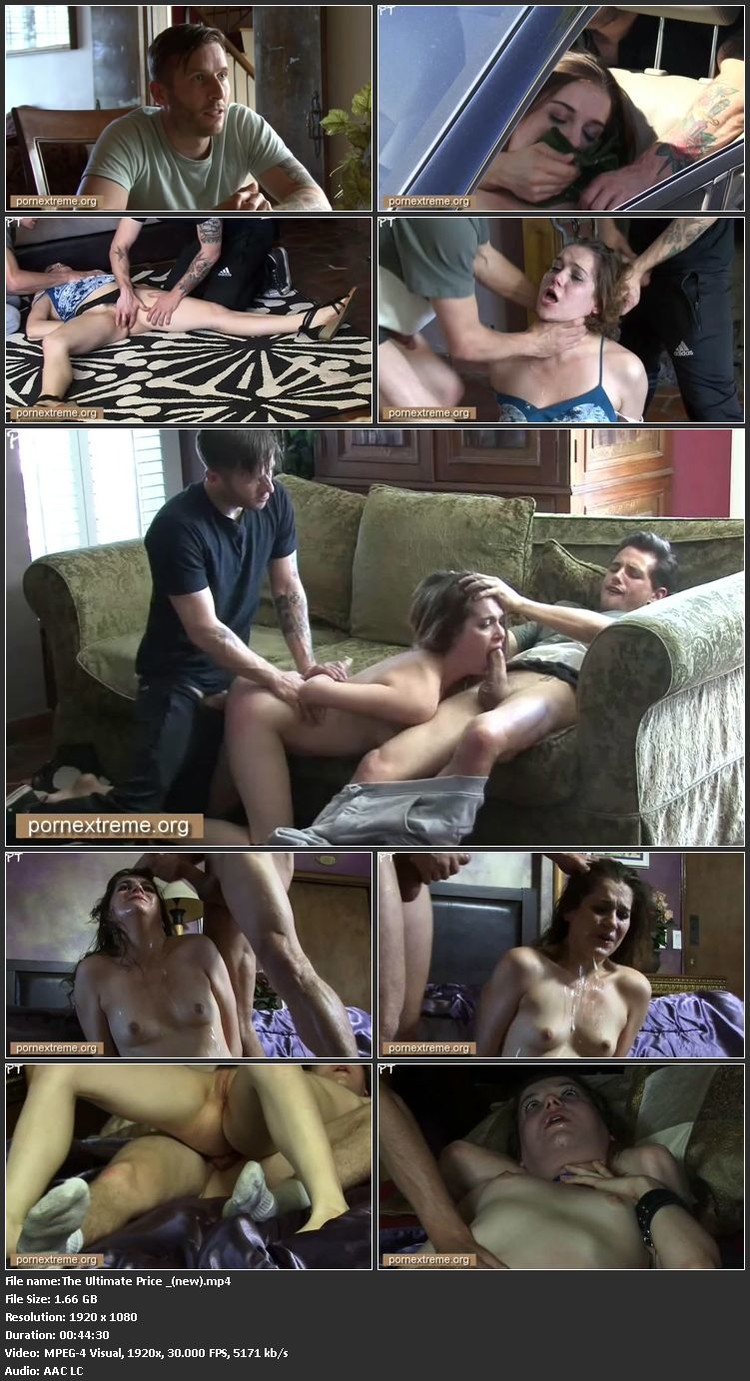