A beautiful attorney is taken prisoner by two killers, who sexually assault and strangle her to death. 1 Girl, 2 Guys Female prosecuting attorney returns home Sexy business attire Black suit and skirt, nylons, heels, glasses, briefcase She is working hard on a case Talks on phone, then sets up her papers and laptop While she works, two men break into the house She hears a sound, goes to check it out One man enters her study, looks at her work materials She returns, is shocked to see him The second man appears behind her, puts a gun to her head They push her down on the desk, make her fellate the gun First man uses zip tie cuffs to tie her hand behind her back They lift her skirt, expose her ass Then they make her sit up and systematically strip her Topless, with nylons, pushed-up skirt, panties, shoes and glasses She’s teased and threatened with a knife They arrange her on the desktop One man fucks her, while the other makes her suck his cock Hard fuck, forced blow job Her glasses slip, then fall off She’s pulled down to her knees on the floor Forced to give a double blow job One man puts her glasses back on Blow jobs continue until both men cum on her face They force her to lie on the floor and fellate the gun again Blood on her mouth One of the assailants strips off one of her nylons He wraps it around her throat He starts to strangle her while the other roughly fondles her Breast squeezing, pussy fondling Gasping and choking, extended tongue She squirms and writhes as she is strangled Drool, final gasps, she dies They leave her sprawled corpse, glasses on, on the floor. 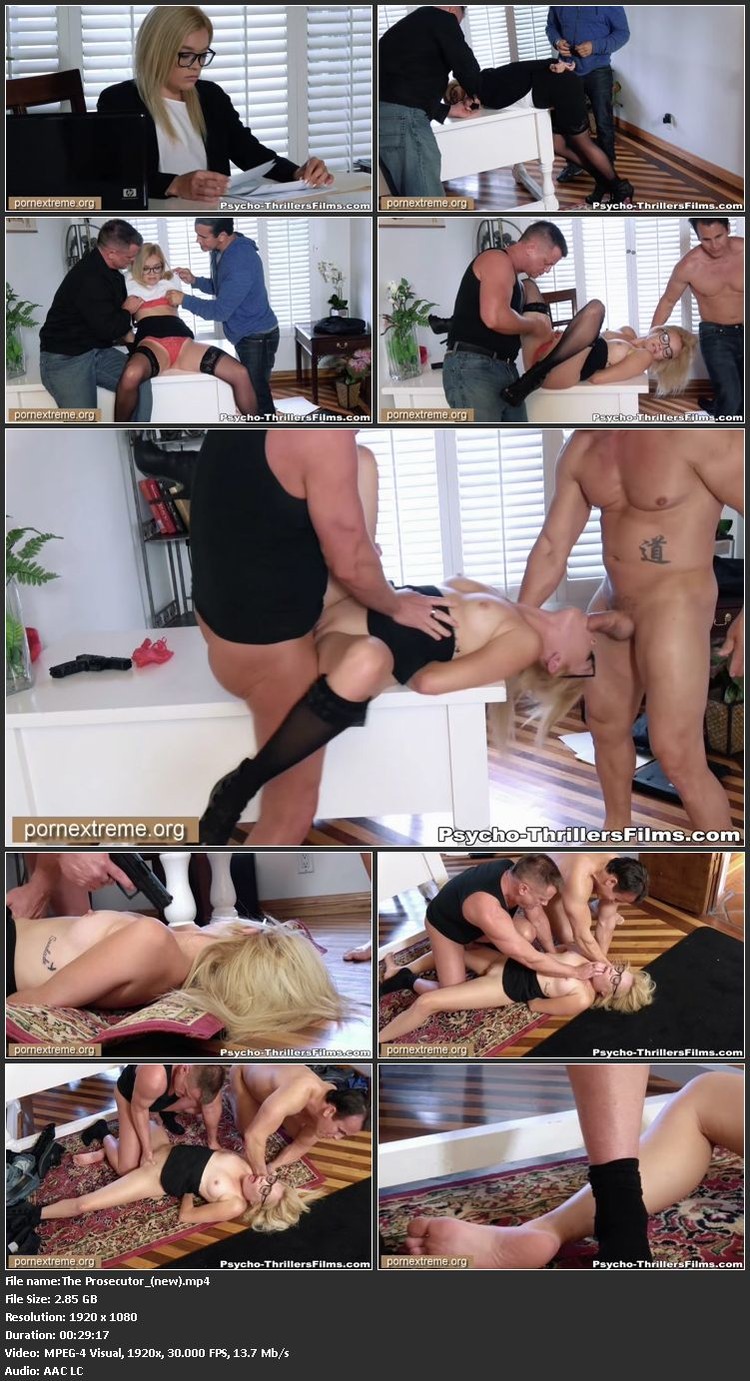