A scientist is sitting on the guillotine, depressed. His sweet blonde assistant steps in and asks him what’s wrong. He explains that he has so many ideas and theories, but he needs people to lose their heads in order to carry out his experiments, but he hasn’t been getting any prisoners from the prison. Times are changing and nobody gets guillotined anymore. He would like to try out an experiment which would determine for how long a severed head remains conscious after beheading The blonde assistant is so devoted to him, that she volunteers without hesitation. At first he tries to dissuade her, but she insists so much to serve him and his science that he agrees to behead her. Before they go, he explains her that immediately after beheading he will put her severed head in front of a recording camera, and try to interact with her and ask her simple questions she can answer with ‘Yes’ or ‘No’, such as “Can you hear me?”, “Are you experiencing pain” – Which she can positively answer by blinking twice, as she’ll have no voice anymore – And perform simple tasks such as move her eyes and her lips. Once everything is cleared, Cindy kneels down on the guillotine and the scientist takes her head in his hands, as he will hold it up to prevent it to fall once it gets severed, and he will be literally ready to go. He says thanks to his assistant once more, and then drops the blade and gets the head for the experiment. The second part of the video shows the experiment with the severed head. It lasts a few minutes, during which Cindy delivers a stunning expressive performance, ending into oblivion when finally life fades away and her eyes defocus into a death stare. 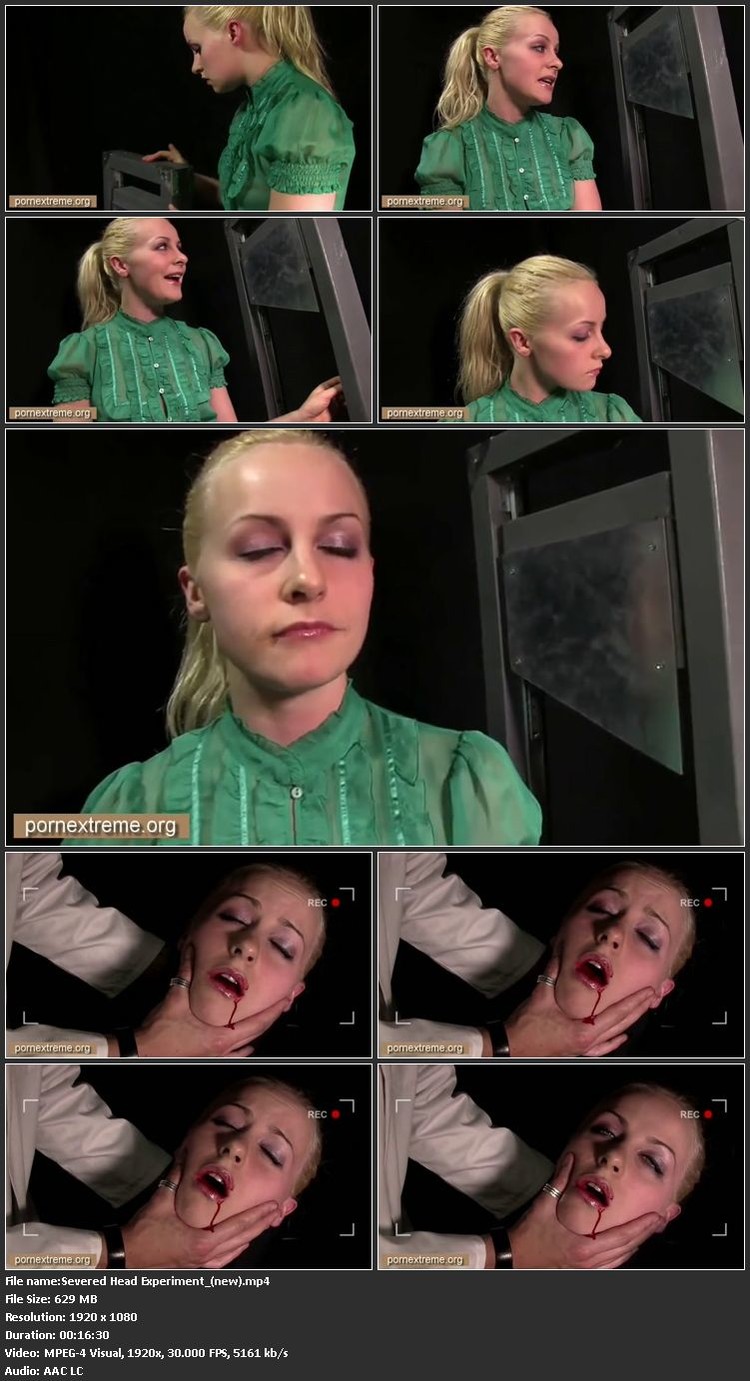