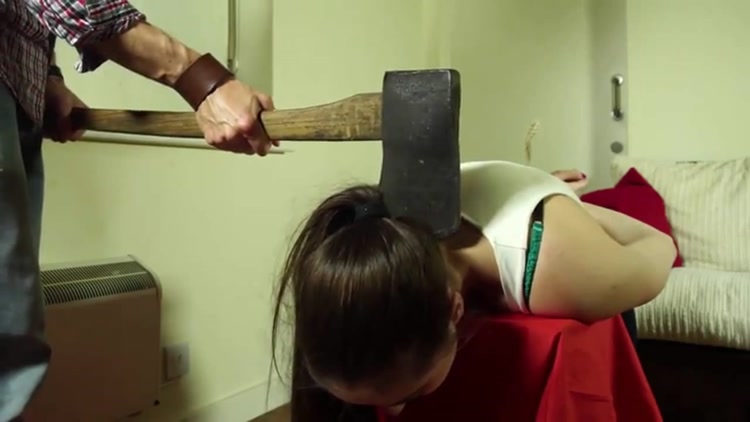 Description: Bendy has a debt of 100 000 USD. She comes to an agency that buys and sells bodyparts. She is going to sell something to cover her debt but she is told that the only part that worth such sum is her head. In fact, after she shows the man she is a contortionist so her body parts are very flexible, the man says that these limbs are too flexible and would be rejected by most people. The only thing they can sell is her head. She is shocked but after some hesitation she agrees as having no choice. The money is transferred to her account and she comes next day. Bendy asked how are they going to behead her. She is said “with axe”. She agrees. Bendy is lead to the block, kneels and place her head on it. The executioner makes a mark at her neck and asks if Bendy is ready. She asks to give her just one second. She comforts herself then closes her eyes and says “Chop off my head now”. The executioner chops off her head with one blow. 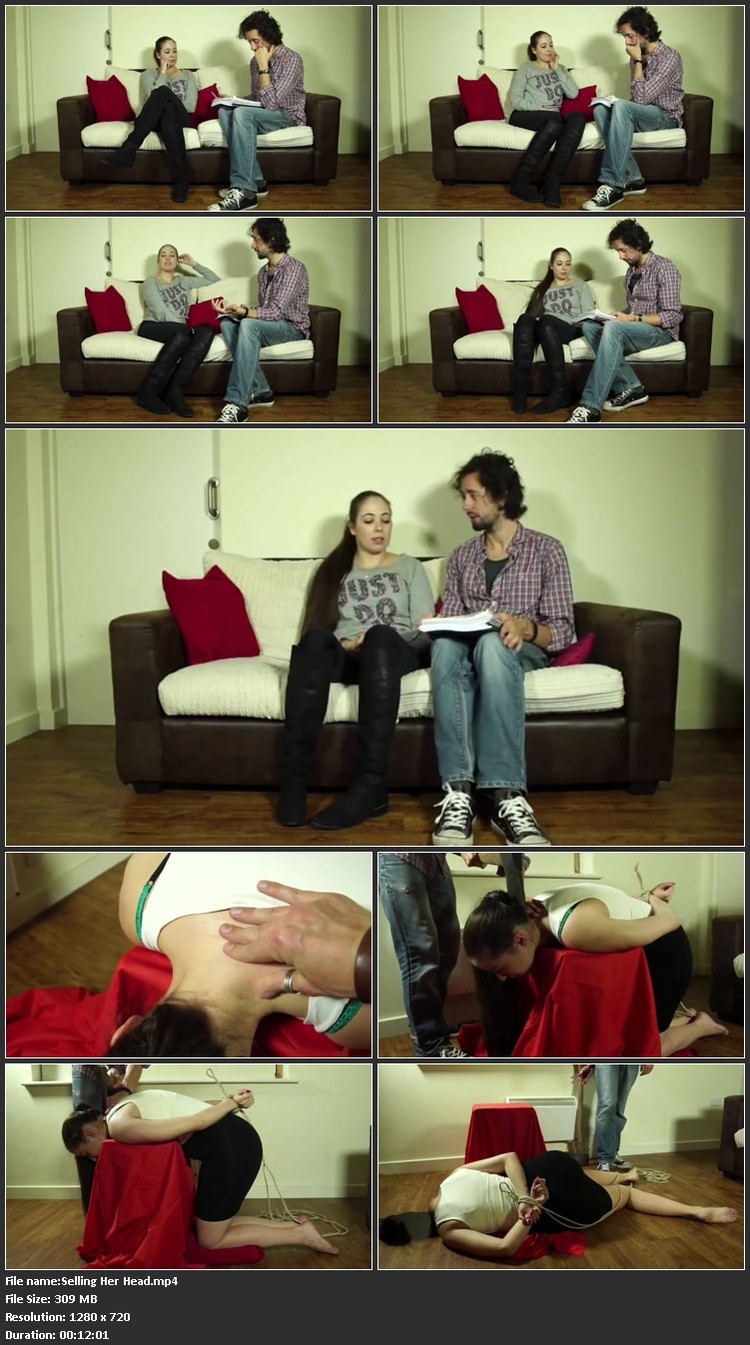