Two sisters (Nicole Vice and Cindy Dollar) have been given a choice, be sentenced to death as enemies of the state or win their freedom by going through a tough and humiliating games course as part of the bread and circus offered to the citizens.
But if they fail they, will meet the same violent fate, a naked and very public execution by firing!

The Brutal Games are fully televised with cameras dotted around the course, ready to offer a worms eye view of every embarrassing situation, which will be projected live onto a large auditorium screen for all the people to enjoy, including slow motion action replays.
For the girls, there is no escape from broadcasting their most intimate zones to the baying public.
Maybe they should have chosen instant execution instead but its too late now, as they are brought into the stadium. So let the games begin.. 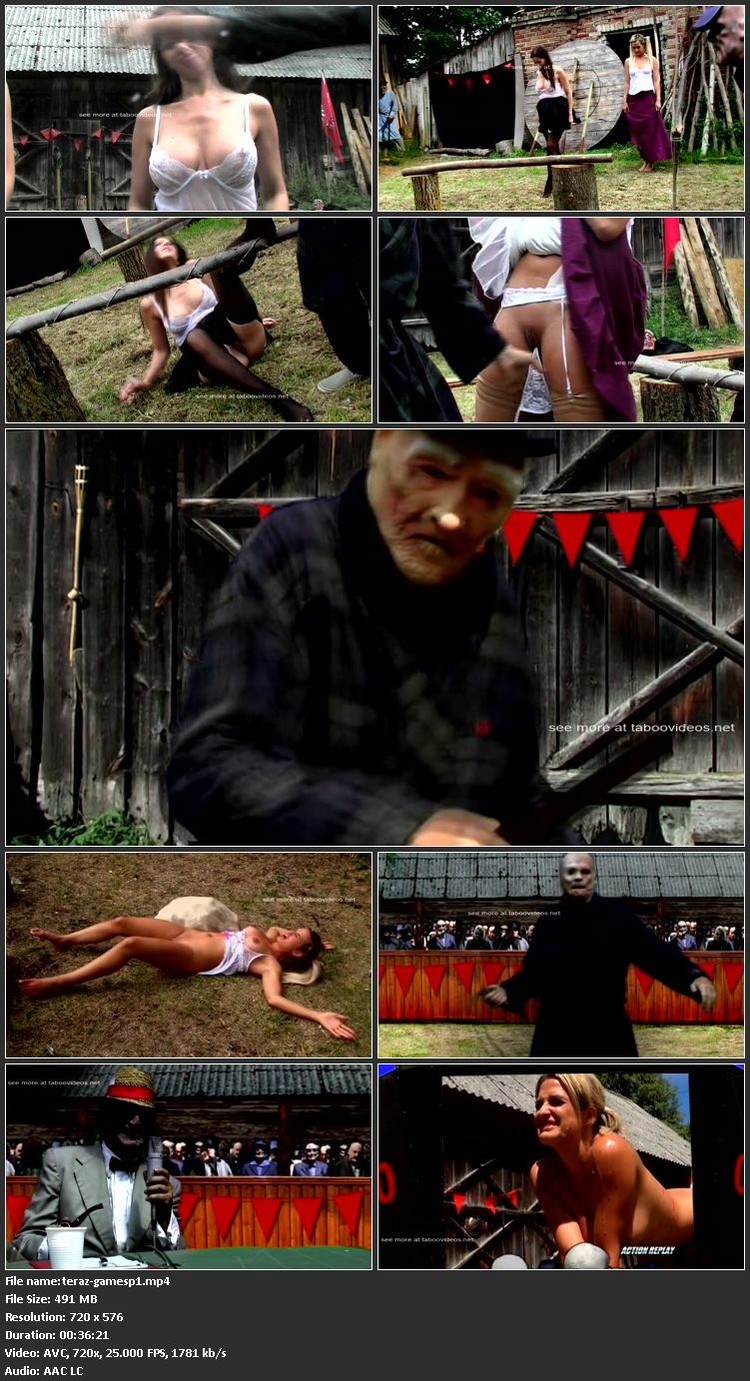