Bendy has a debt of 100 000 USD. She comes to an agency that buys and sells bodyparts. She is going to sell something to cover her debt but she is told that the only part that worth such sum is her head. In fact, after she shows the man she is a contortionist so her body parts are very flexible, the man says that these limbs are too flexible and would be rejected by most people. The only thing they can sell is her head. She is shocked but after some hesitation she agrees as having no choice. The money is transferred to her account and she comes next day. Bendy asked how are they going to behead her. She is said “with axe”. She agrees. Bendy is lead to the block, kneels and place her head on it. The executioner makes a mark at her neck and asks if Bendy is ready. She asks to give her just one second. She comforts herself then closes her eyes and says “Chop off my head now”. The executioner chops off her head with one blow. 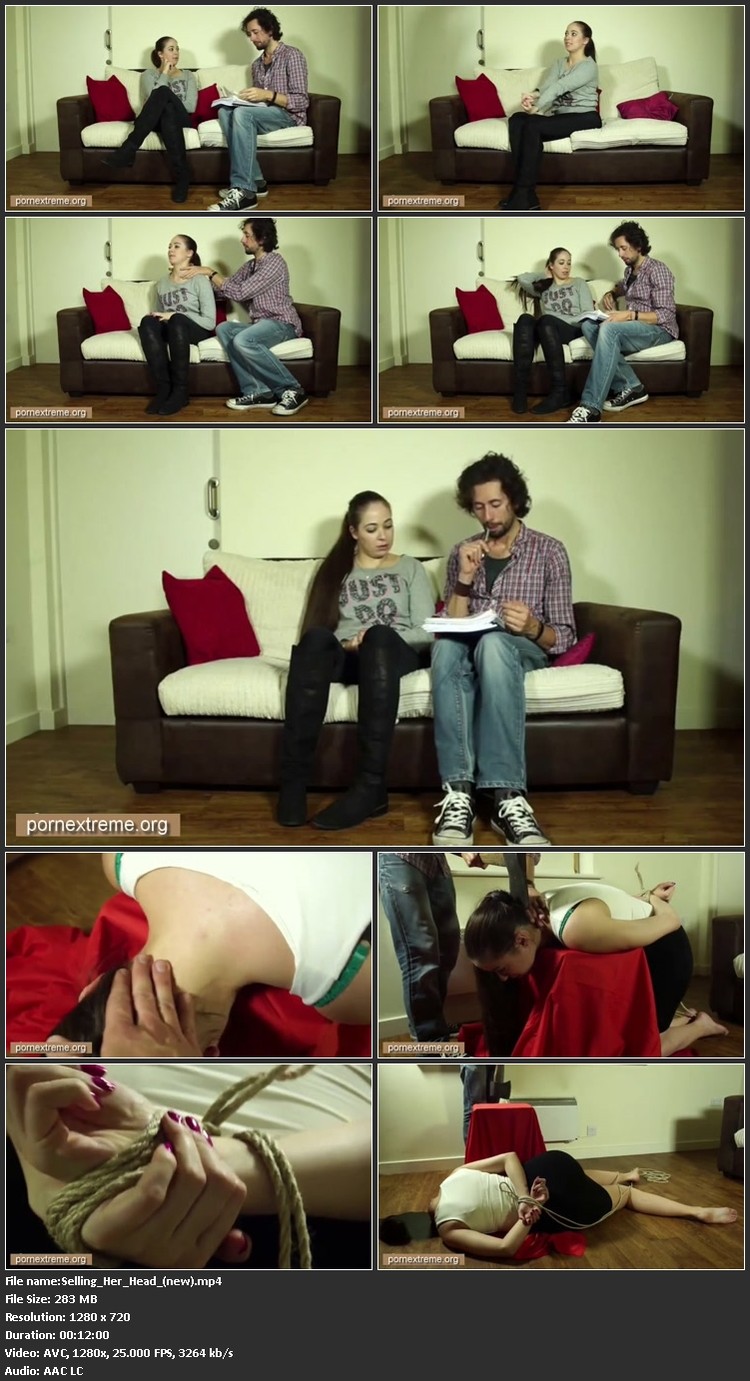 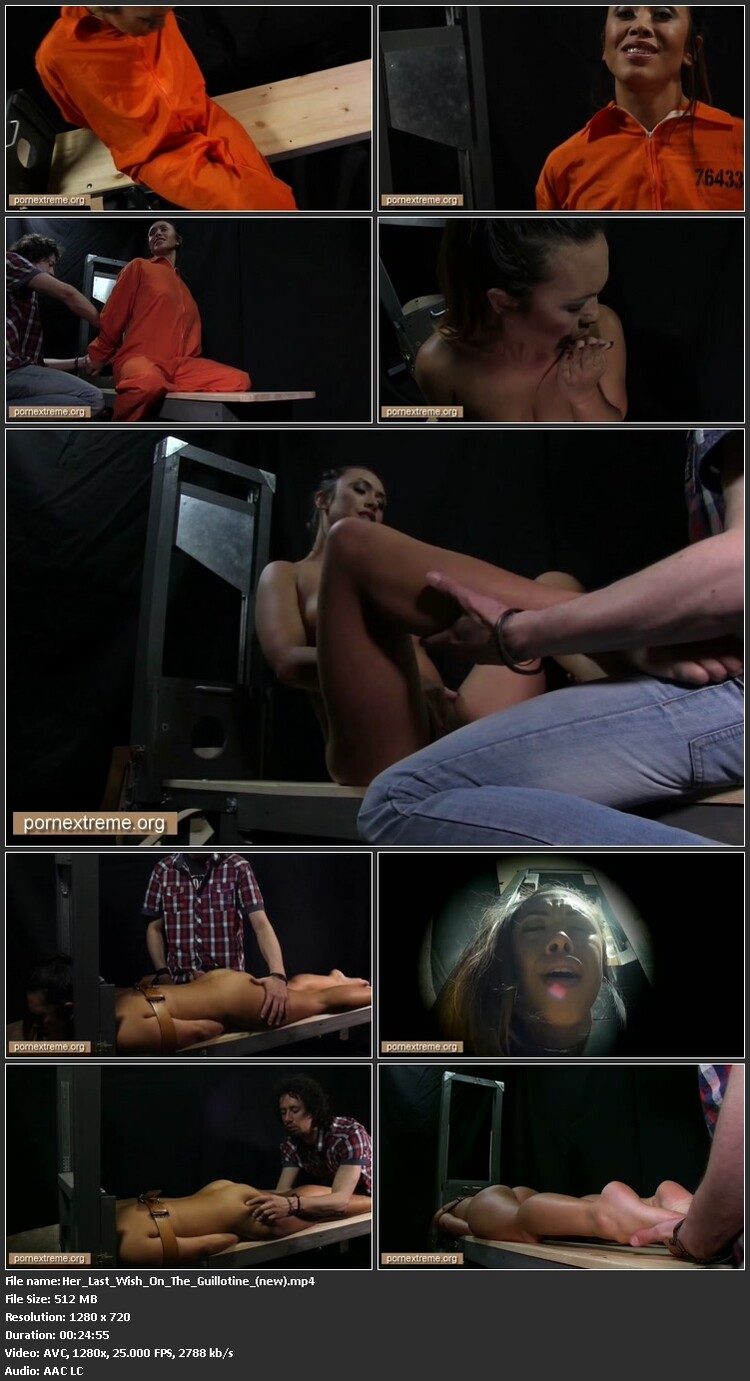 This clip continues the “Dictator Caroline” saga and is more like movie style: Fiona has been jailed after the arrest and execution of Dictator Caroline, and is writing her diary in her cell. The clip is full of voiceovers. Fiona thinks back at her arrest, at the executions of Caroline and Strawberry, and at what her execution is going to be like: she imagines being shot by firing squad, hanged, guillotined (short flashes of each executions are included). Back to reality, it turns out she will be guillotined like the other girls. The guard comes in and escorts her to the machine. her neck is exposed, she is strapped down in the kneeling position, and after an unnerving wait the blade falls. 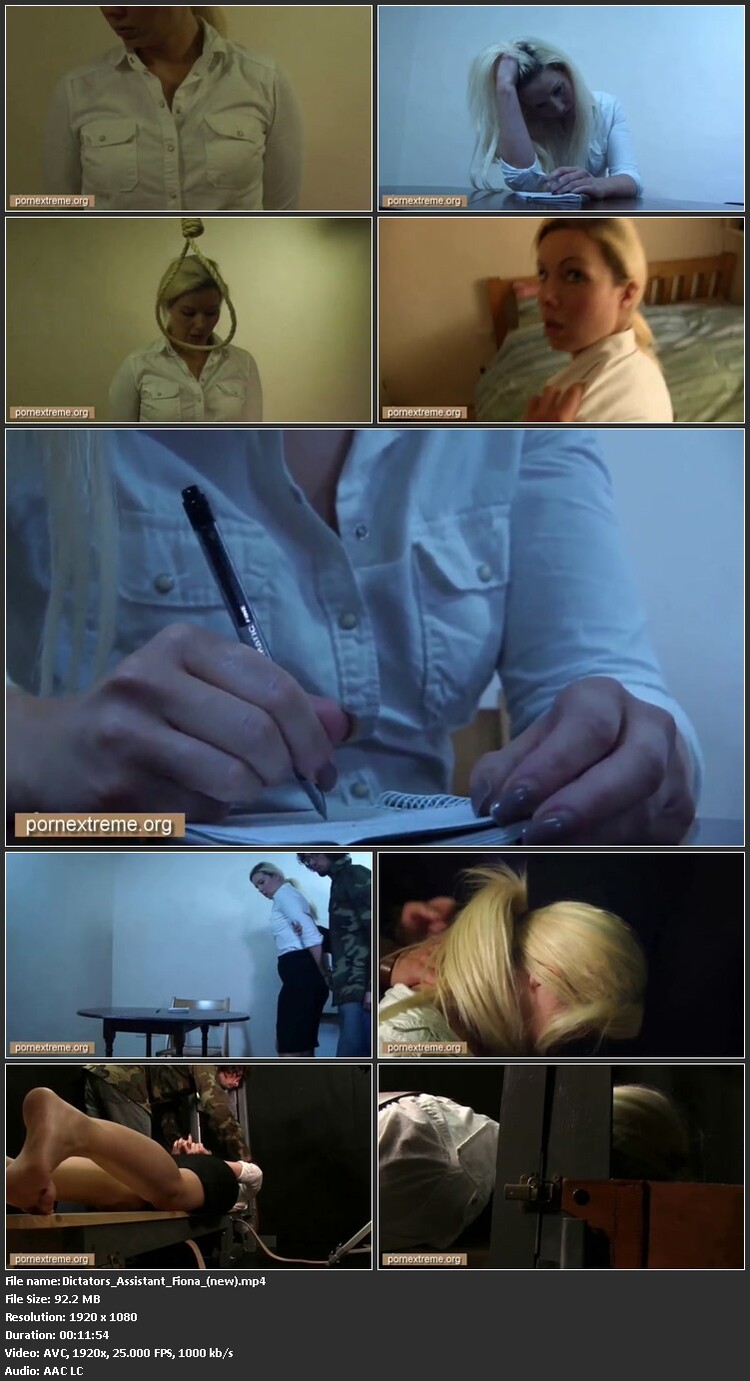 Simple and lovely clip: she is brought out in an orange jumper. She is stripped from the jumper in front of the guillotine into panties and a bra. Her hands are tied behind her and She is forcefully lowered into the guillotine. Her ankles are also bound and she is then prepared. Someone reads out a death sentence and asks for any last words. 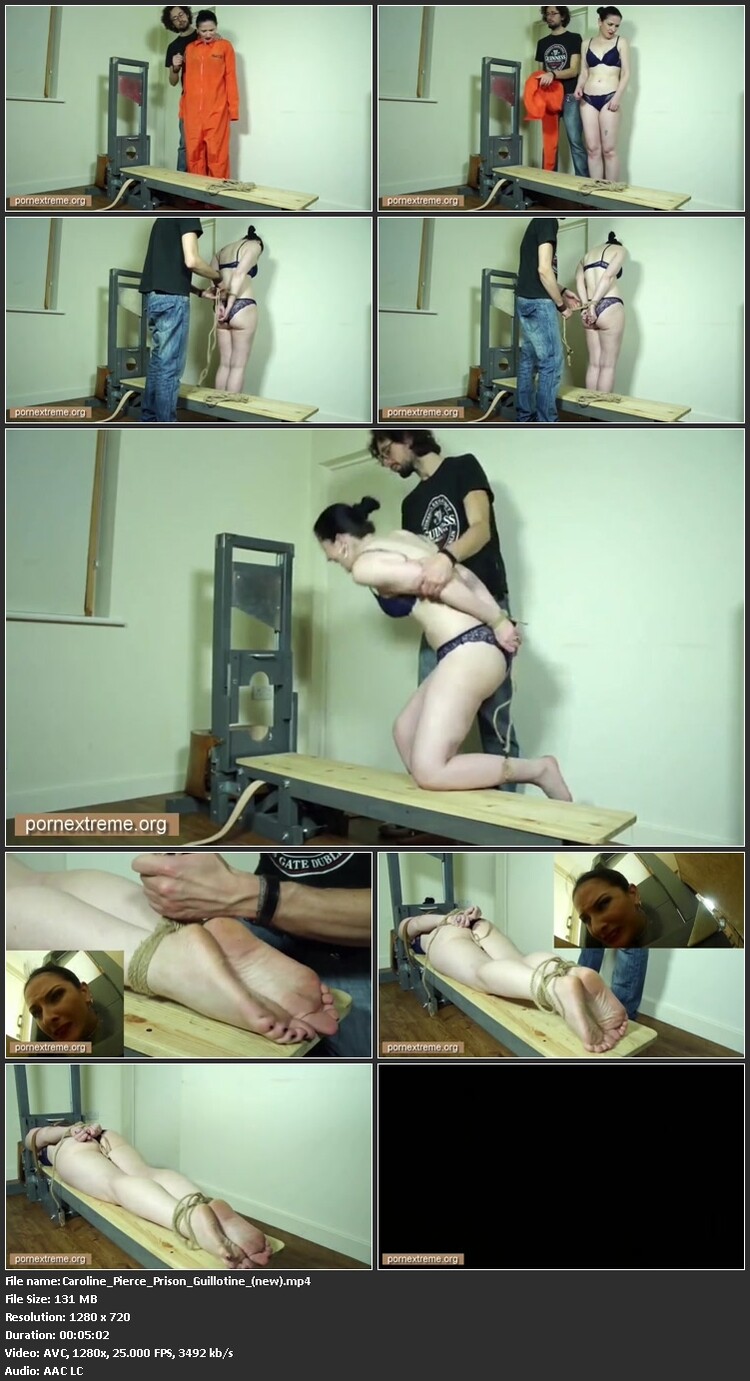 Description: Ellie has been planning some kind of drug related crime in order to solve up her financial situation; everything seems to be perfect and safe, but, unexpectedly, she is caught and finds herself on death row. Someone walks in; it’s her dear friend who came to visit her one last time; he looks really sad that her beloved friend Ellie is going to lose her head… He tries to seek for contact but she rejects him. In fact, he has always been a good friend but nothing more than that. On the contrary, he is probably quite attracted by Ellie. In the end he giver her a hug and leaves. Later, Ellie is walked into the execution room by officer Chloe Toy, who is cold as usual and tells her she deserves to lose her head. She straps her onto the guillotine, there is some unnerving wait and finally the blade drops. Ellie’s body shooks at the point that her leg slides off the plank. Then, silence. She is gone. We see officer Chloe Toy making a phone call: “The body is ready for you, hurry up because they’re coming to pick it up soon. And don’t forget the money”. Ellie’s sweet friend comes: he is the one who secretly reported Ellie, in order to have her beheaded and make a deal with the guard, so he can finally play with her body as he always wanted to. Chloe Toy walks him in, shows him the naked headless body laying on a slab, and gets the money; she is very confident and cold, until something happens: he has a gun, and unexpectedly shoots Chloe in the head, so he can get back the money and leave no witnesses. Then, it’s finally time to get what he wants: he approaches Ellie’s headless body, and begins caressing, touching, groping it. He can’t believe this is finally happening, and in the meantime he talks to his dead friend, saying sweet things, apologizing, being passionate to her. In other words, he is a creepy psycho. His dick is out, he wanks over the body, gives himself a handjob using his friend’s unresponsive hands, keeps groping everywhere, woshipping her soles, fucking the feet, rolling the body, and finally cumming all over Ellie’s bum and back, also using her hand to masturbate. Ellie will never know it’s her dear friend who betrayed her in order to do dirty things with her. If only she had been nice to him she could have saved her head… 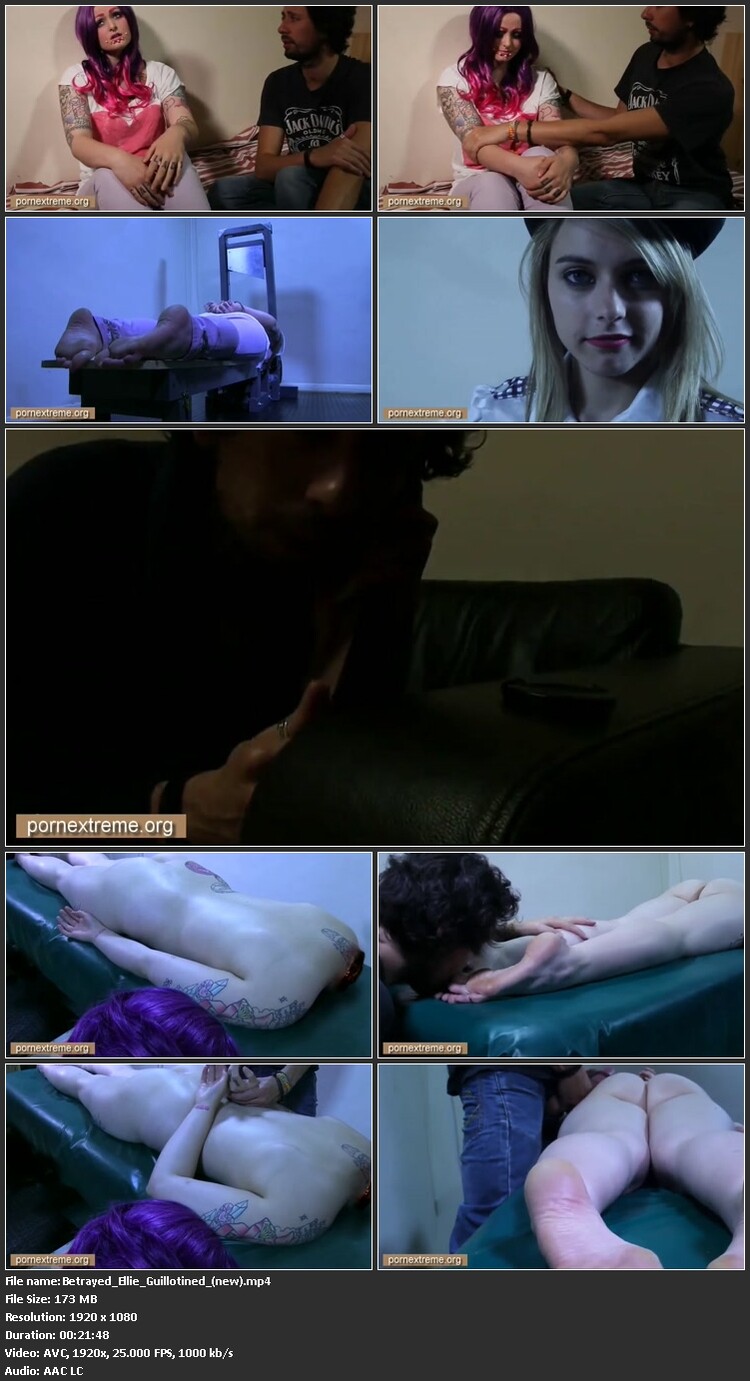