SuperHeroine The most popular extreme videos
May 8, 2021admin

SuperGirl is in a vicious battle with her counterparts henchmen. They battle it out blow by blow throwing each other around the room. Supergirl knocks the henchmen out and he falls to the ground. Being her appears her evil counterpart, Evil SuperGirl. She is much more powerful then SuperGirl and quickly takes control. Holding supergirl to the wall as she takes advantage of her sucking on her nipples and rubbing her super pussy. Soon superGirl is under complete control of Her evil Counterpart. Evil supergirl knocks Supergirl out and moves her to the bed where she eats super girls pussy getting it all wet. She Mounts Supergirl and rides her face while fingering Supergirl’s tight cunt. Supergirl overwhelmed by the evil mind control sinks her tongue deep in the Evil villain’s wet hole. The henchmen is good for more then just battle and preparing evil plans. He also has a cock good to be used by the SuperGirl’s His cock is forced down Supergirl’s throat and deep in her pussy. She is a complete slave to the evil villains. The two Supergirl’s share the henchmen’s big cock till he blows his big load all over their faces and fills their mouths. 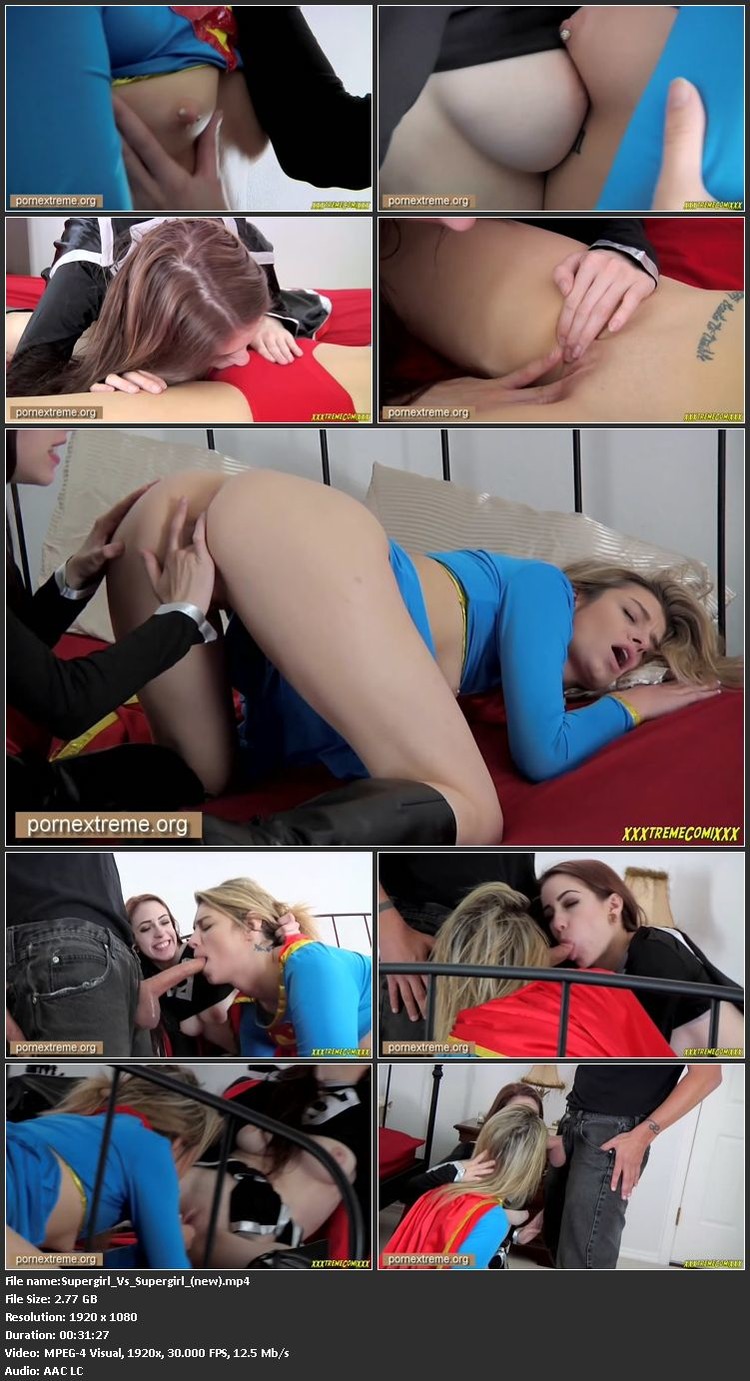