Emma arrives home with a new friend. A man she met at her church. She hoped they could read the goo book together. But all he seemed to want to do was ask about her. She was shy, and very spiritual. But, she was also kind and did her best to make him feel comfortable. Then, he started putting the moves on her, and she suspected, he just wanted sex. So, she resisted temptation. But, he got mad, and attacked her, brutally forcing her to suck his cock, then raping her. She was in tears after, not knowing what to do. He made her stand up, the shot her in the chest. She flew back onto the couch and he promptly sent her to see her god. Just as he finishing killing the poor church girl, her sister, stopping by after school, was standing there. Wrong place wrong time. She witnessed the murder, and now, she would have to die. She tried to plead her case, but he shoots her dead. He fucks Emma’s mouth for a bit. Then he carries her to the bed, then strips her clothing. He fondles and fucks her while her sister lays dead on the coffee table. After cumming on her face, he goes back to her dead younger sister and puts more holes in her. Then, back to Emma, shooting her corpse a few more times before leaving. 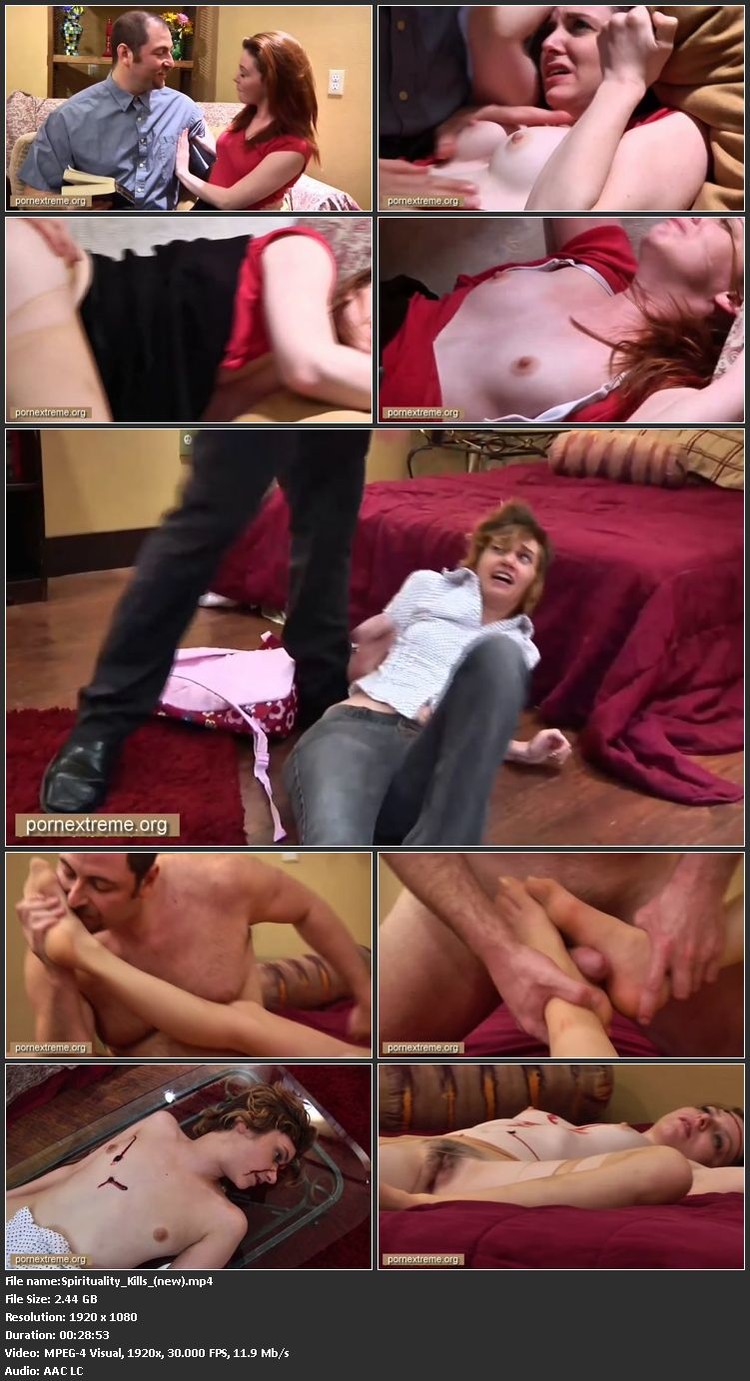