Psycho-Thrillers The most popular extreme videos
May 31, 2021admin

A married couple living in harmony in their home but there is a dark spot in the mind of the husband. He likes to have sex with his wife while she is unconscious. When the woman sleeps he puts a chloroform rag to her face for little time. The woman falls into a deep sleep The man takes off her G string forcibly like a rag doll and play with nice body then has sex with her. After sex, he puts on her G- string again and he sleep; this is a regular habit for the man. In the morning, the wife wakes up tells her husband she feels dizzy, feels pain in her pelvic area. She walks into the bathroom as her husband gives her stare from behind and she notices some bruises on her body (inner things, belly. She looks in the direction of the bathroom entrance. That afternoon with her husband at work she calls her friend and tells her what she suspects but says she will know for sure tonight. That night before the couple sleep, the wife is sitting up in bed, saying looking out the corner of her eye towards the bathroom as her husband is in the bathroom. He is in the bathroom and prepares the rag with the chloroform He finish the work and going to the bedroom. He joins his wife in bed but after some conversation about how his day went, the wife says that she wants to go to the bathroom.

There she finds a rag and a bottle filled with a liquid, She sneakily opens the bottle and sniffs it and has to whip her head back because of the powerful toxin. She looks around then changes the rag with chloroform with another rag and pours out the liquid and fills the bottle with water. She go to the bed for sleep. After some time pretending that she sleep, the husband does the same thing (walking into the bathroom and getting the rag after pouring liquid on it. The wife pretends to be unconscious when the husband places the rag on her face. The husband go to rape her and she scream, shout, swear, hitting him as he is surprised but tries to control, her punches. He places a hand over her mouth and nose as she fights strongly. He continues to hold down her face and ends up smothering her and pushing her face down into the mattress. After awhile, she slows down. She starts to spasm and has sweat at all her body. Her face becomes bluish and her eyes is wide open. Finally she is bruised and dead by hand smothering. He check if she is dead and then he rapes her, rag -dolling and play with her body. He carries her to the bathroom and places her inside the tub and open the tap. “Can’t leave any traces of me on you honey…sorry.” He sinks her entire body. He stands, looks at her then leaves with her body submerged. 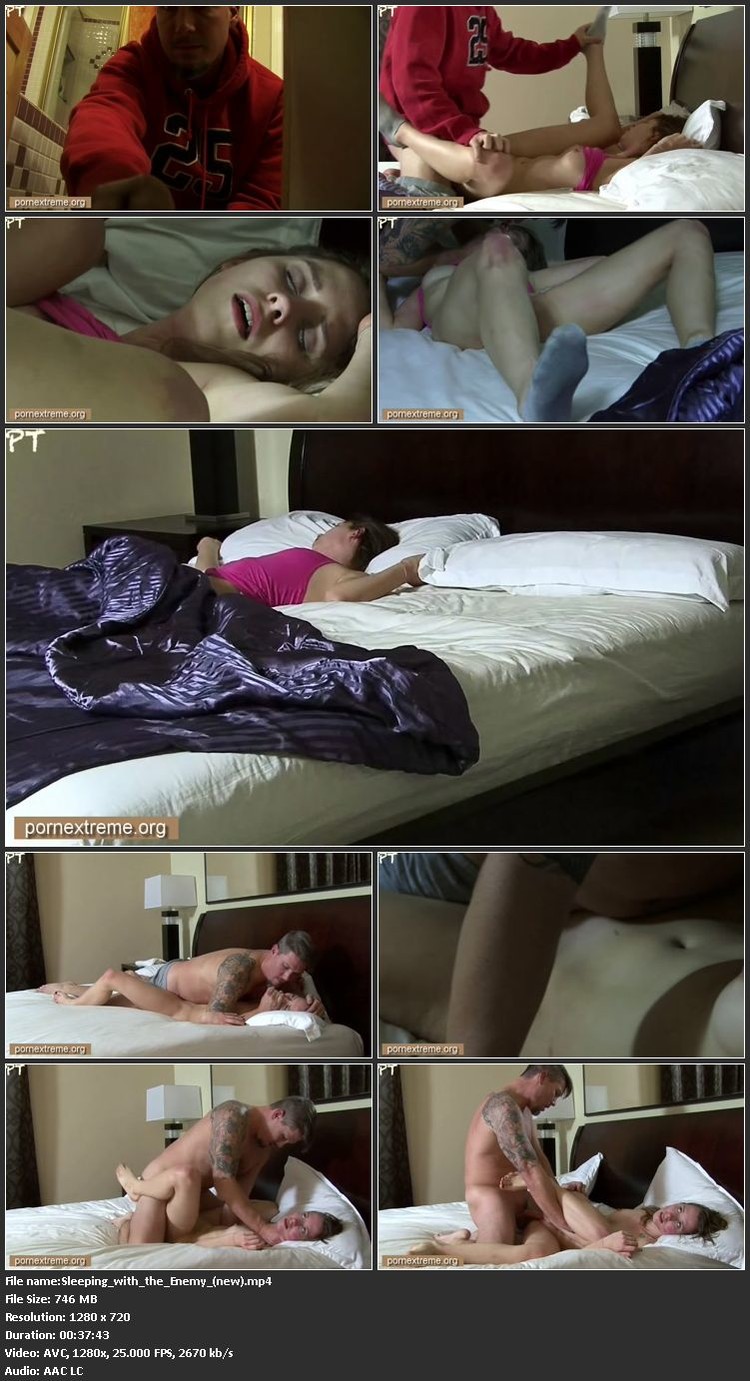