The Queen knew who the witch was-dear Princess Jasmine. She had used her powers to seduce her King and now she would pay. Jasmine was innocent. She has no idea what her Queen was talking about. So, the torture began She endured, days of whipping, flogging and ultimately fire torture before she broke. When it was over, the Queen sentences her to death. But first, the men who had interrogated and tortured her for so long would get to have their way with her. And so they did, forcing a bottle into her tight, Virgin pussy. Then, they forced their cocks in her mouth, taking turns, she spit and slobbered and gave them head, crying the whole time. Then it was time for the rape. They both took her and after they fucked her every way–they still had one more–anal. When it was over, they made her suck their cocks again until they spewed semen all over her cheeks. Then, it was time for her to die. They put a rope around her next, hoisted her up and she dangled for a good long time before she finally was still. Finally, one man stayed behind to defile and fuck her dead body per the Queens instructions. Then, he left her lifeless cooling, battered body on the hay in the damp, dark room for the rats to feed on. 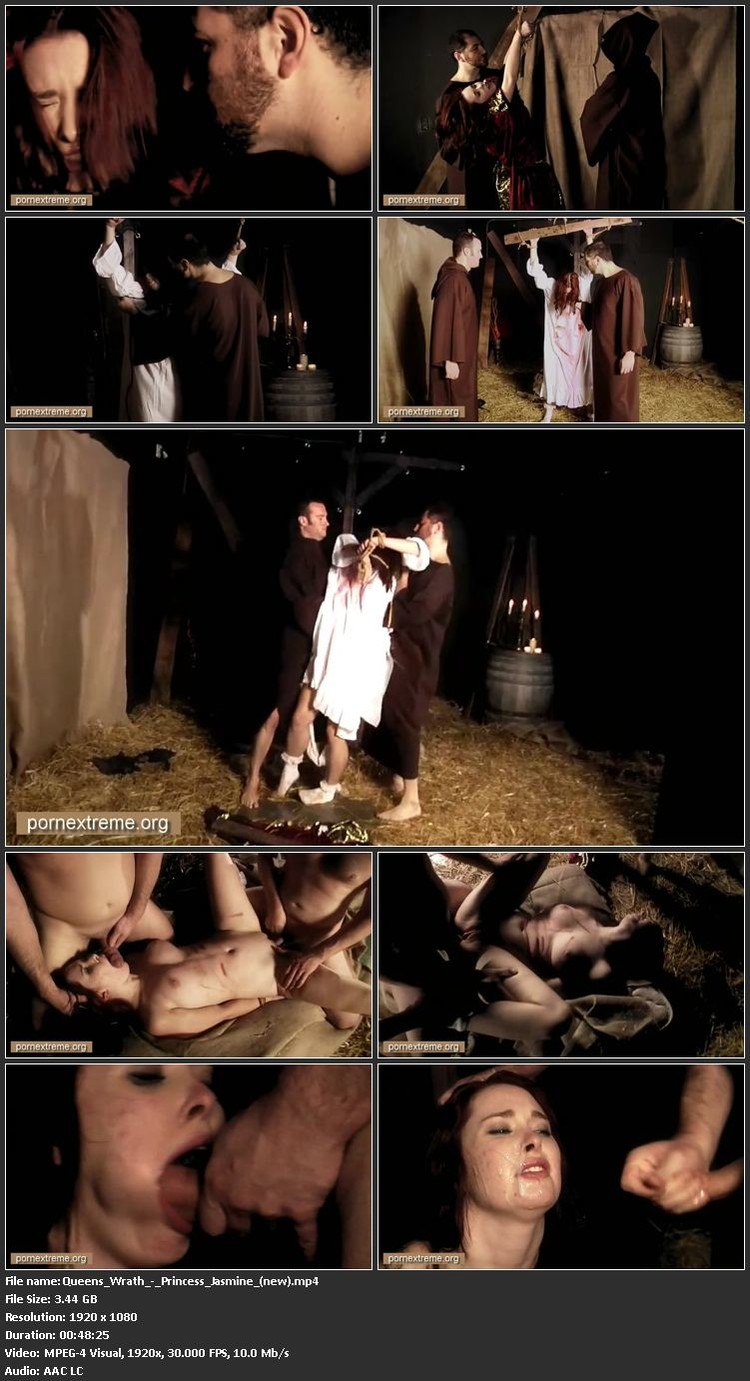