THIS MOVIE CONTAINS MIXED DEATH SCENE. ONE KNIFE DEATH & ONE STRANGLE DEATH BUT CONSIDERED DOUBLE GIRL KILL. Description: This is a story about a killer couple who begin to devolve in front of our eyes. Having been successful at kidnapping and killing young women, his female partner begins to have a change of heart and wants to retire. She wants her boyfriend to follow her but he’s still having a great time raping and killing girls so she decides to make a statement. When he falls asleep, she will replace his favorite weapon, his knife, with his victim’s shoes, a sign that she is finished and taking his victim with her. She takes the knife and uses it to cut her captive loose only to be confronted by her boyfriend who wakes up and notices the switch before she was ready for him to wake up. They exchange words and she draws her gun, which surprises her boyfriend who is still not taking her seriously until he approaches her. The gun goes off as he charges and his sharp blades finds her belly. He pushes the blade as deep as it can go before the tip meets her spine, paralyzing her in pain. The female captive tries to move around him to escape but he backhands her face, knocking her out. He turns his attention back to his girlfriend and continues to twist the knife as he expresses his pain and disbelief and anger until she bleeds all over the floor and slumps into death twitches on the floor. He watches her die then blames her death on the victim whom he strangles to death with a wooden garrote so she can experience a slow, painful death. Once he takes his soft, sexy blonde down he catches his breath before disposing of the bodies in the morning. 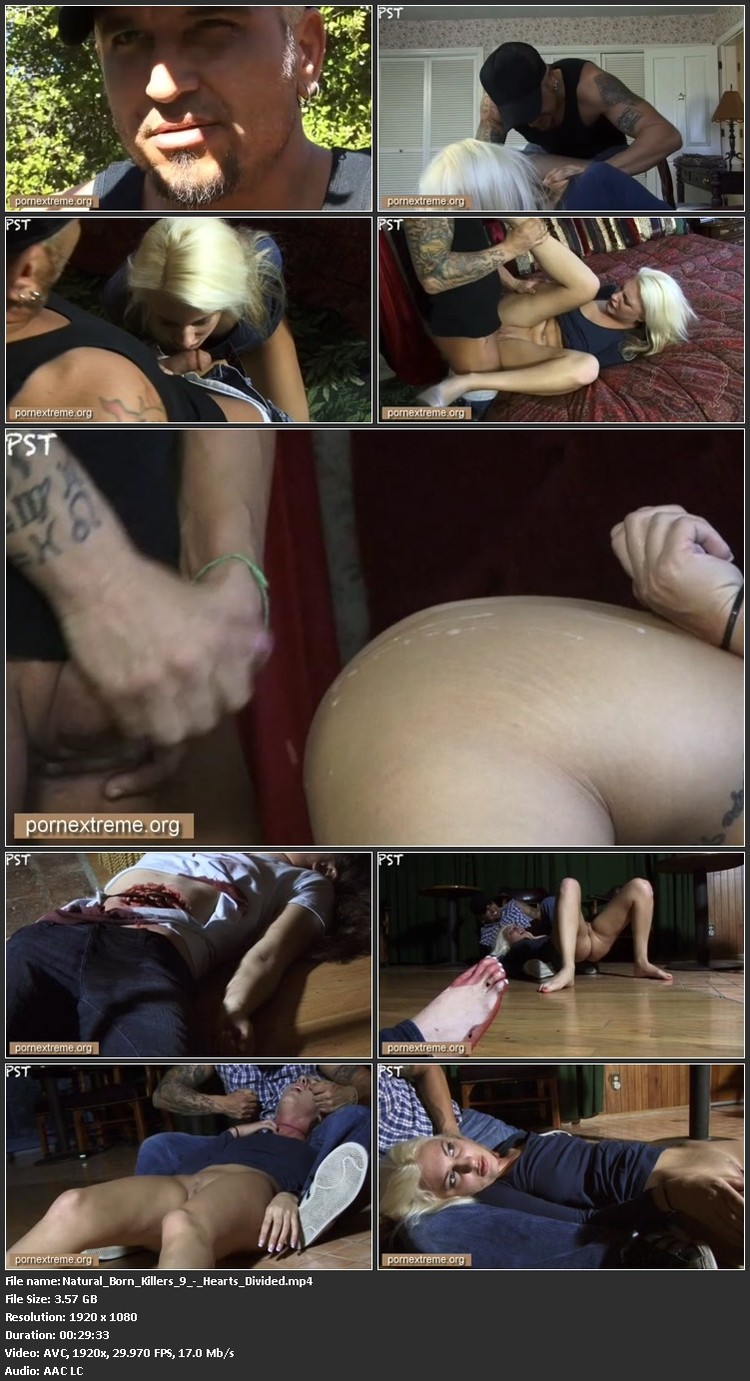