Dani plays a young housewife who unknowingly becomes the victim of a sex killer. He invades her home and chases her into her bedroom where they fight fiercely. He tries to choke her out but when she appears too strong, he knocks her out. He then looks for a lamp they knocked off the table and manages to get the cord around her neck as she struggles weakly to stop him. Dani fights for her young life but she cannot prevent becoming the next victim of the sex killer. As she twitches in the fetal position, he rips her clothing off and fucks her then resumes his strangulation as he climaxes inside her tight pussy. It is the fuck of a lifetime and her last. 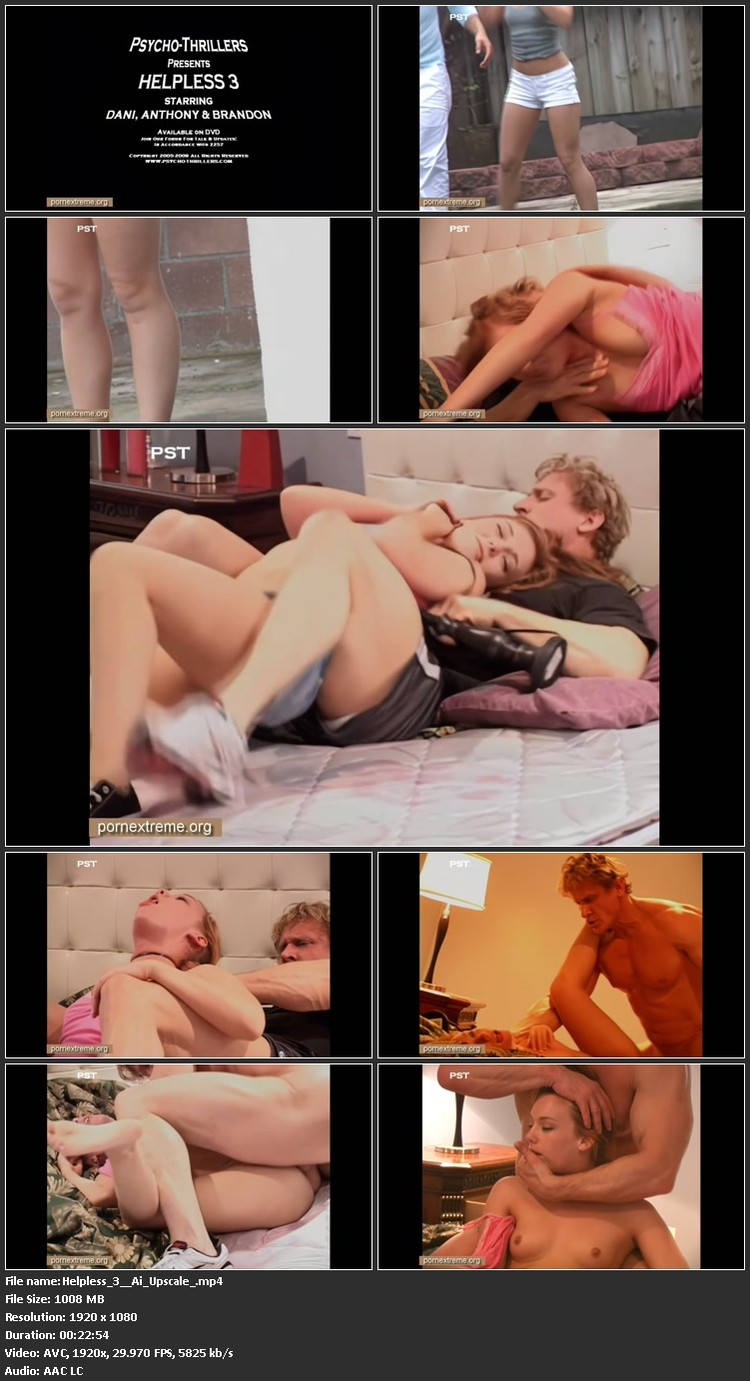