A rich man’s mistress plays around on him, looking for a better situation for her sexual talents. He does not take kindly to this, and sends two killers to punish her. 1 Girl, 2 Guys Busty brunette Woman gets ready to go out, putting on makeup at her mirror She talks to a girlfriend about playing the field behind the back of her rich, married lover She goes out, has a wild night, returns home drunk Two masked men are waiting for her at her house She pleads with them then tries to run They catch her and one holds her while the other hand-chokes her The men push her face down on the floor One holds her arms and pulls her hair The other lifts her dress, exposes her ass, and spanks her They finger-fuck her while she writhes and struggles One man gets her empty wine bottle They bottle-fuck her while she continues to struggle, face-up and then on hands and knees They hold her down and one man gives himself a BJ in her mouth Hauling her up on her knees, she is forced to give double BJ to both killers More hair pulling, choking They lead her to the bedroom and throw her on the bed The men hold her and strip off her dress She has black lace bra They expose and fondle her breasts, leaving on her stockings and spike heels Bra is stripped away, one stocking pulled down She is force-fucked doggie style while giving second man forced BJ They switch positions, she is fucked on her back and orally services the first man They switch again, with more forced sex, hair pulling, gasping and choking The men climax and leave her on the bed, but they are not done yet… 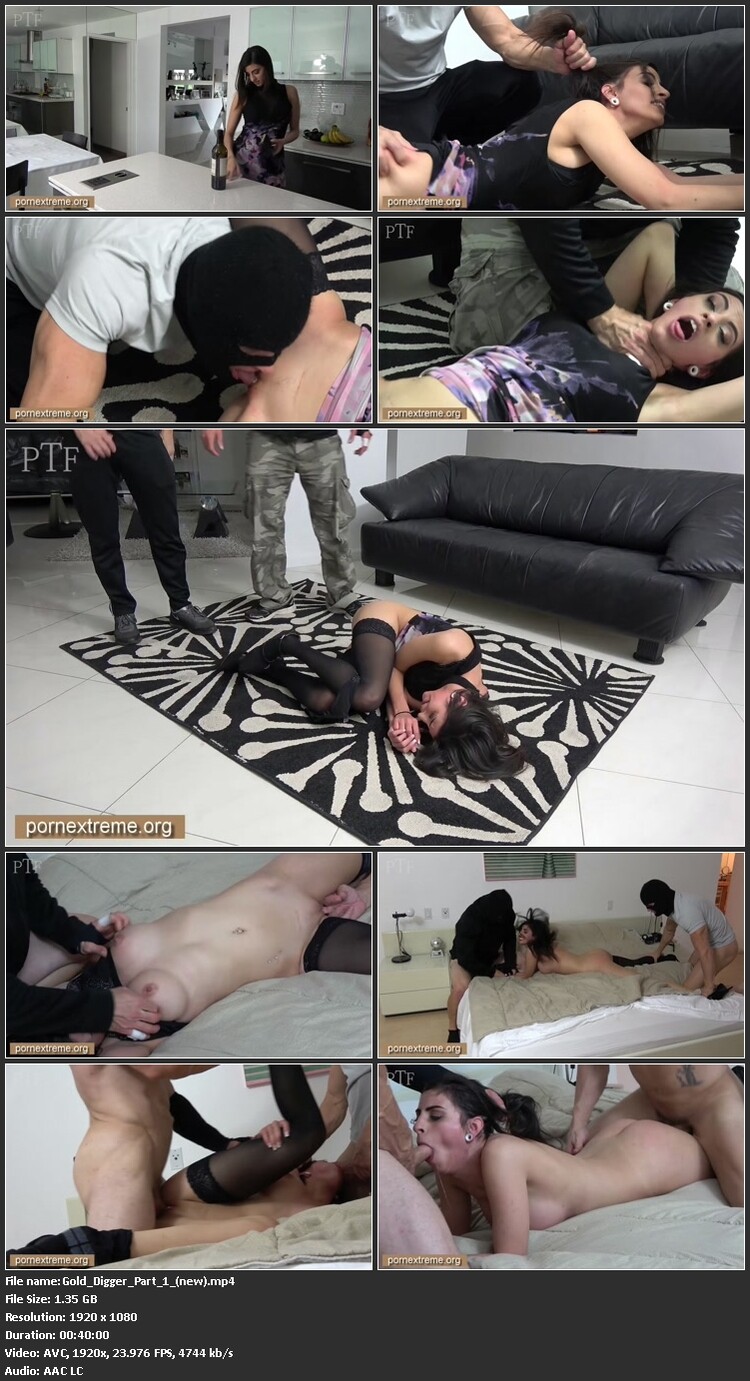