Psycho-Thrillers – Give Her What She Wants – Starring: Katie Kush, Eric Masterson, Talon

Psycho-Thrillers – Give Her What She Wants – Starring: Katie Kush, Eric Masterson, Talon

A merciless woman holds two men prisoner and erotically tortures them for information, then kills both. 1 Girl, 2 Guys Dominant woman kills two men scenario Blonde woman in ponytail, wearing glasses Smoking in long holder Two men on their knees, hands bound behind their backs Woman demands information To show she means business, she shoots one man in the shoulder While he writhes in pain, second man is freed to use laptop He frantically looks for what she wants She continues to torture first man Pushing him against the bed she shoots his other shoulder She taunts him, pushes him around, blows smoke in his face Raising her dress she makes him lick her pussy He pleases her with cunnilingus She then promptly shoots him in the head The second man watches in horror and fear She continues to pleasure herself Rubs her pussy against the dead man’s mouth She goes to the second man He has given her what she wants on the computer She makes him lie down on the bed One of his hands is cuffed to the backboard She opens his pants, frees his cock Taunting him she sucks him to an erection Then she takes out a syringe and jabs him in the leg She tapes his mouth with duct tape then sucks his cock again He is rock hard and she mounts him She rides him cowgirl-style She fucks him wildly When she is satisfied she takes the tape off his mouth She gets her gun and puts it in his mouth A single shot kills him, blood from the shot behind his head She rides his cock a little more while he is still hard Finally she dismounts from him and leaves Last shots and body pans of both dead men. 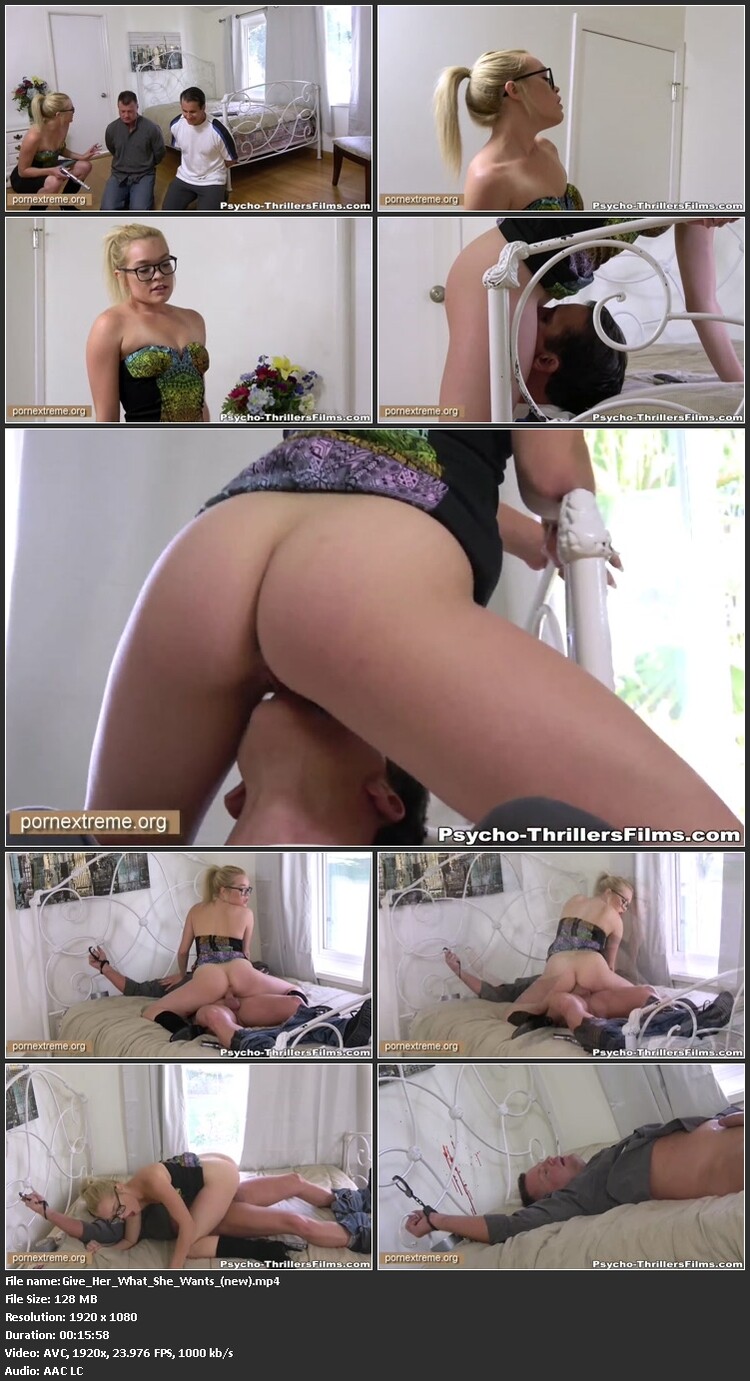