A beautiful female gamer becomes enmeshed in a hallucinogenic game of sex and murder. 1 Girl, 1 Guy A gorgeous, big-breasted woman is playing a video game She is wearing relaxed clothing, t-shirt and sweats She plays the game intensely for a while, then unplugs herself Going to her bedroom, she lies down to rest She pulls the bedcovers over herself and goes to sleep Outside the house, a man is crouching He is using game tech equipment to monitor her Breaking into the house, he begins to prowl inside Game data flashes on the screen as he tracks her He has several weapons, and leads with a pump shotgun He makes his way to her bedroom Seeing her asleep, he points the shotgun at her Changing his mind, he switches weapons First he takes out a knife, then settles on a pistol He moves closer, planning to shoot her while she sleeps As he is about to take the shot, she lunges up She has a knife, and tries to stab him He grabs her knife hand, and they fight on the bed Finally he knocks her unconscious with a fist to her head She goes limp on the bed He fondles her breasts, then roughly rips open her tank top He also strips away her sweatpants Taking off his own pants, he starts to fuck her She remains unconscious as he gives her a hard fuck He climaxes, having an intense orgasm in her pussy As he withdraws from her, he feels a sudden pain There is blood under his own t-shirt He is suddenly weak, and collapses to the floor Electronic game graphics appear on the screen Looking up, he sees the woman standing over him She is wearing the game headset Taking the headphone cord, she wraps it around his throat He is too weak to resist, and she starts to strangle him He struggles get weaker, and finally he collapses to the floor She stands over the corpse of her opponent Suddenly she is back in bed, still sleeping She wakes up, looks around…the body of the man is gone She thinks she must have been dreaming But then she notices her ripped tank top and exposed breasts A look of shock comes into her eyes Is the game over? 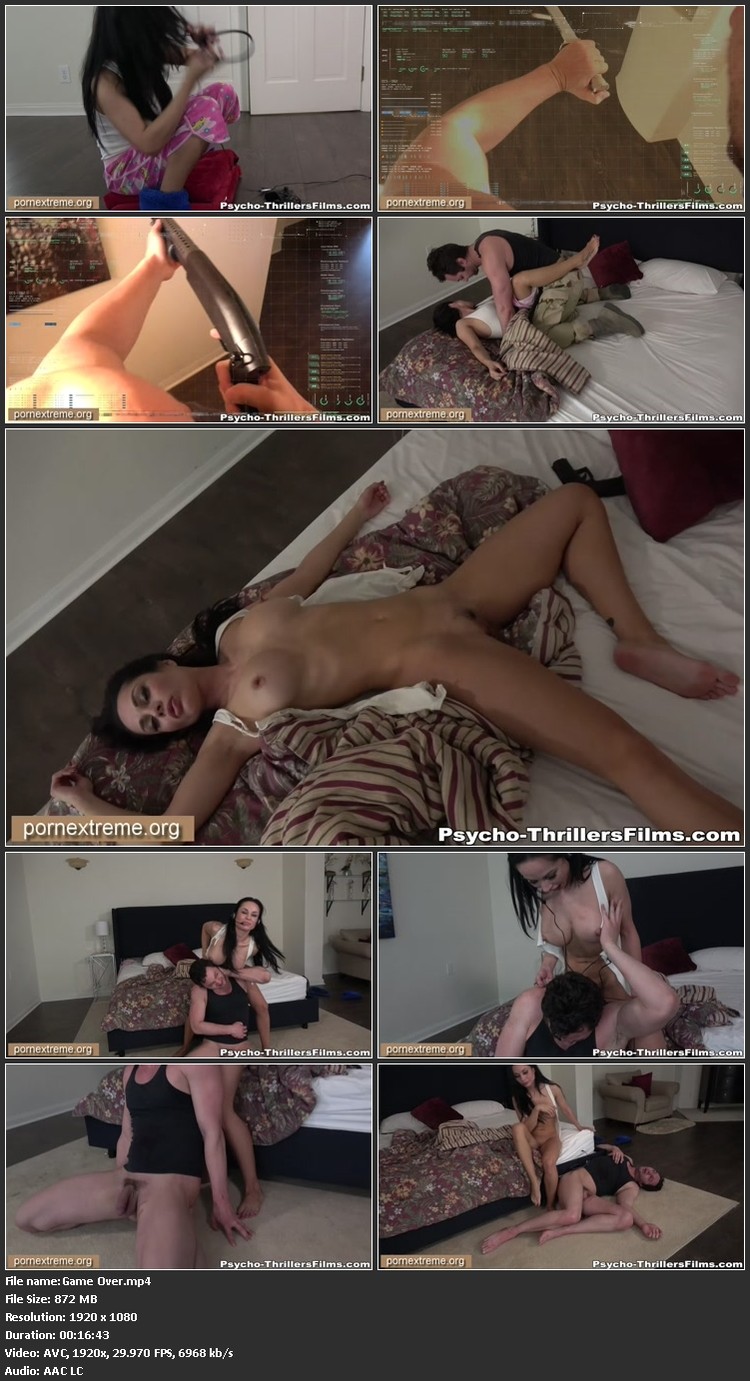