Beth has grown tired over her husband over the years. All those years of traveling to Europe to watch her star husband play soccer took its toll. Now that he’s a famous retired soccer star living in LA, he finds that she developed other interests, mainly in another woman who hates men but pretends to like them while stealing their husbands. When his wife confesses to loving another woman, he snaps and grabs her by the throat, forcing her down off her strong legs and pinning her beneath him on the hard wood floor. His strength and grip are so powerful, he cuts her off and all she can do is gurgle. Her long powerful legs thrash behind him, searching for a way to free her but then slow to a sickening heavy lifeless thud. He watches the life drain from her eyes and her tongue protrudes out before releasing her. He props her up in a chair then forces tight top of her dress down over her big golden colored tits. His strong hands squish them around within their palms, enjoying their mushy soft feel before there is a knock at the door. Knowing who it is, he lets her inside to see her dead lover then grabs her when she starts to scream. He carries her over to the table so his dead wife can watch and starts to choke the life out of her. Leia thrashes and struggles violently, trying to exert her hatred of men onto him, trying to kill him if she could. She would enjoy it thoroughly but he gave her no wiggle room and continued to mash her life down, compacting it into only a tiny molecule. He drained her with a greater effort than it took for his wife, proving powerful things do come in smaller packages. He then sits her up in a chair opposite his wife and strips her, exposing her big firm tits, fondling her. The sheer enjoyment of having them both at the table brought a deep level of satisfaction to Yuri’s face and closure to his life. 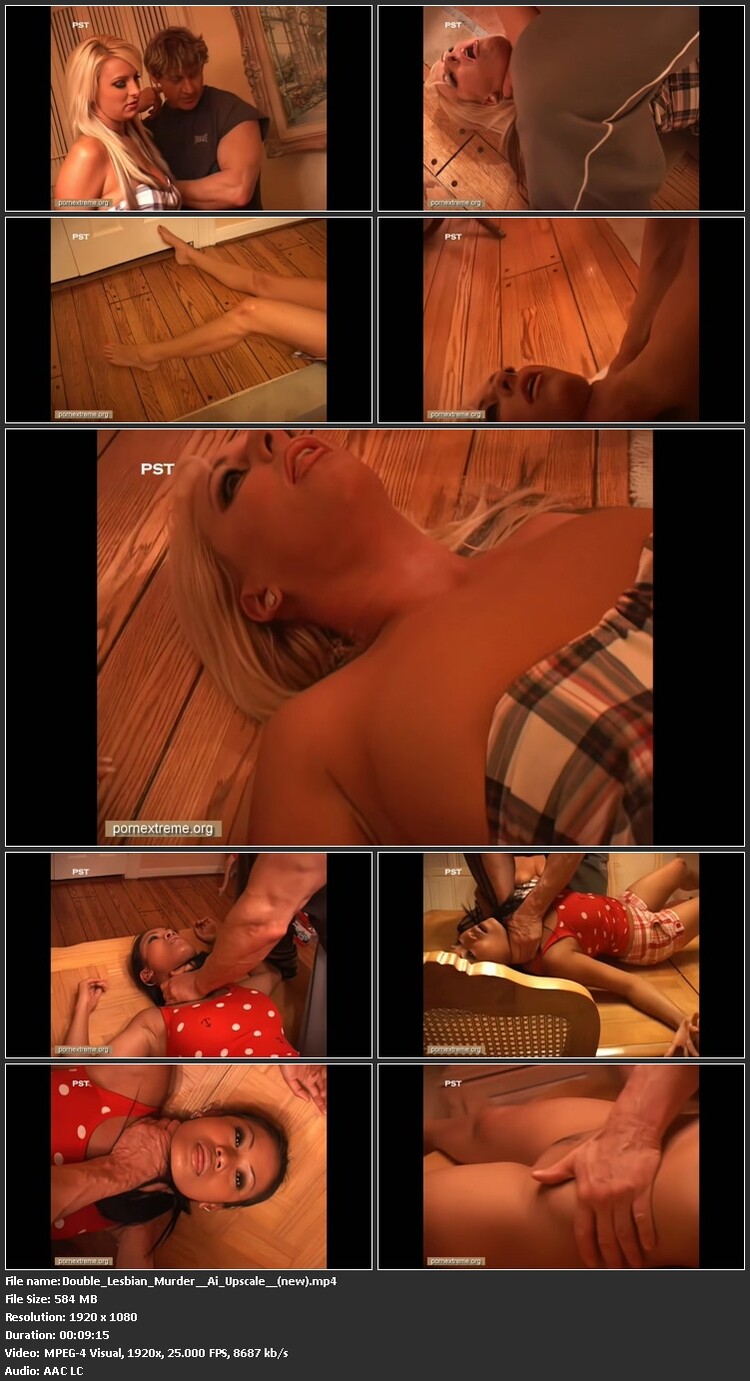