Victoria is sitting at her desk working on her laptop when she gets a call to go to her bosses office. She grabs a file book and walks away. She walks over to him to drop off some files, bending over to place them on his desk. He leans back checking out her sweet ass, then can’t help himself as he runs his hands up and down her sexy pantyhose legs. He squeezes her ass cheeks, before running his fingers between her legs and feeling around her pussy. Once his had his little fun, he sends her off. Victoria walks back to her desk and fixes herself up before sitting down to get back to work, but not for long. The CEO quickly gets bored and wonders over to her. He talks to her about work as an excuse, massaging her shoulders. But then quickly moves to caressing her tender neck under her chin. He grasps her jaw to turn her face around and gives her a sloppy kiss, kissing and licking her lips and face. He gropes and squeezes her breasts through her blouse while doing so. He goes further and attempts to unbutton her blouse. This time Victoria actually resists, trying to maintain some dignity. But he persists, and after he unbuttons about 2/3rds the way down, she shouts “That’s enough” before pushing away and storming to leave. He grabs her to stop her, but she turns around and delivers a huge slap. He is stunned, but delivers a crushing blow to her stomach. Opening her blouse more to see her bra, and punching her breasts, groping and squeezing them after each punch.

Then hitching up her skirt and targeting her groin. She eventually crumbles. When Victoria kneels, he delivers a knockout punch to the forehead. He grabs one of her sexy legs and drags her into the centre of the room. He lifts one leg up high so he can grope, and lick the entire length. He then fingers her pussy through the pantyhose, as Victoria moans in orgasm whilst unconscious. He removes her entire skirt. He opens her blouse to see her sexy lingerie. He pulls her in close so that her legs wrap around him as he enjoys her gorgeous body, squeezing those soft tender breasts through her bra. He goes to remove her top completely, but something falls loose when he does so. It is a small book. He looks flicks through it – it is a log of all the times that he was “enjoying” Victoria before. “What the fuck? You actually wrote down each time I fucking touched you?” While he is distracted reading the book, Victoria awakens and realizes what he has discovered. She quickly tries to get up and run for the door, but is too slow. The CEO grabs her shoulders, spins her around and delivers a mighty backhand that sends her flying. She then throws her onto the desk and his hands are around her neck. She tries to struggle vain, but he pulls her in close with her legs wrapping around him. She is dead The CEO closes her mouth and eyes to leave her as is sleeping peaceful. He fucks her sexy body in 3 positions. He carries her away to dispose of her in the woods. 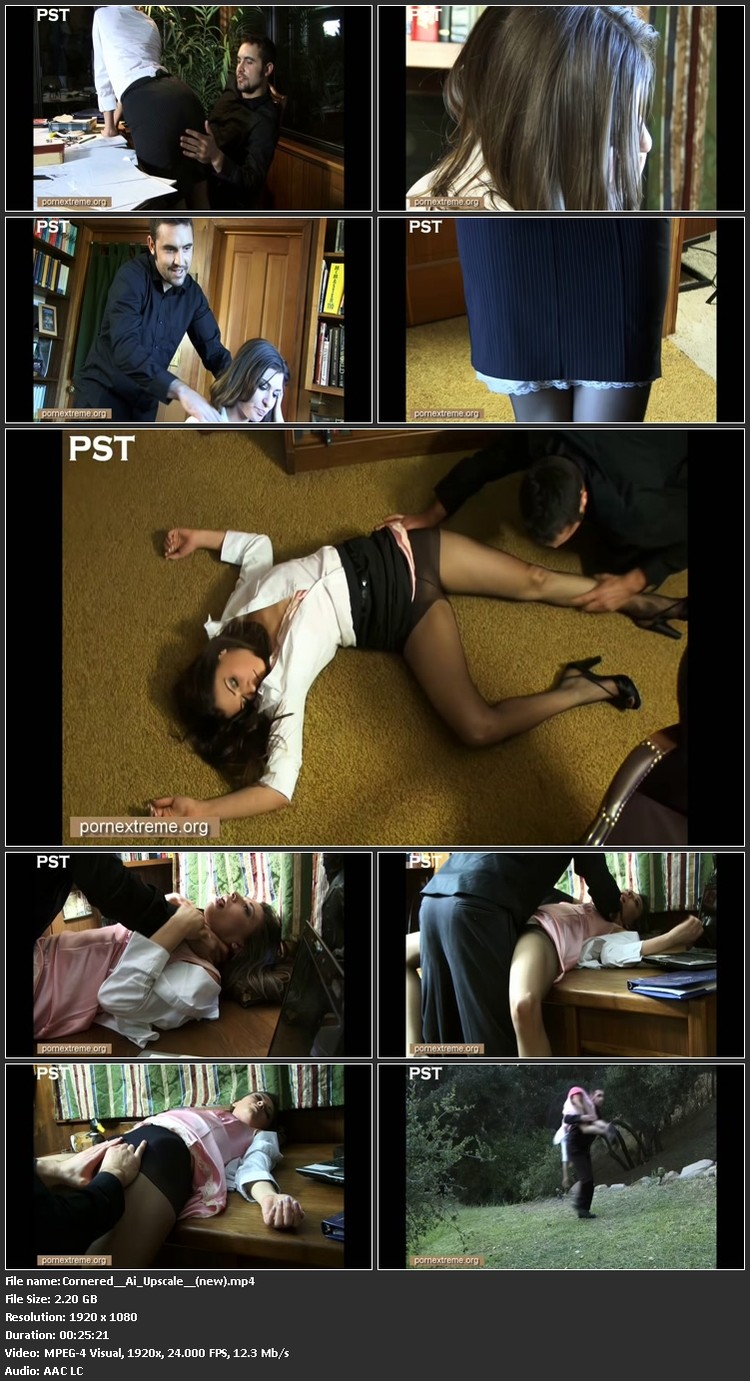