This movie starts with a young girl returning home from power walking when a masked man surprises her with a gun in her home. She is forced to sit and watch as he raids her bedroom, placing the gun away from him to test her. He wants to see if the victim will try and overpower him with his own gun, what their true colors would be if they had the power of their own lives in their hands. He turns to see the gun disappear. His own gun strikes looking up he when she grabs it and takes control. She taunts him and forces him to suffer the indignity of a victim by undressing. She rapes him to his surprise, riding on top of him, gun pointed at his chest. She loses focus when she races toward an orgasm and he takes advantage of it, striking her across the face. He immediately grabs a nylon from her dresser and strangles her as he fucks her. She is both turned on by his attack then struggles for life when she realizes he is pushing her over the edge. Her sexy legs thrash but she cannot force him out of her cunt and he drives even harder. She manages to escape briefing only to be drilled in her hole from behind. Angrier, he grabs her and throws her in the air into the bed then attacks her from behind, fucking her passionately while pulling as hard as he can on the garrote. She dies being fucked by her attacker, her pussy wet and slick with mixed juices as he pounds her and blows inside her after an aggressive grudge fuck. 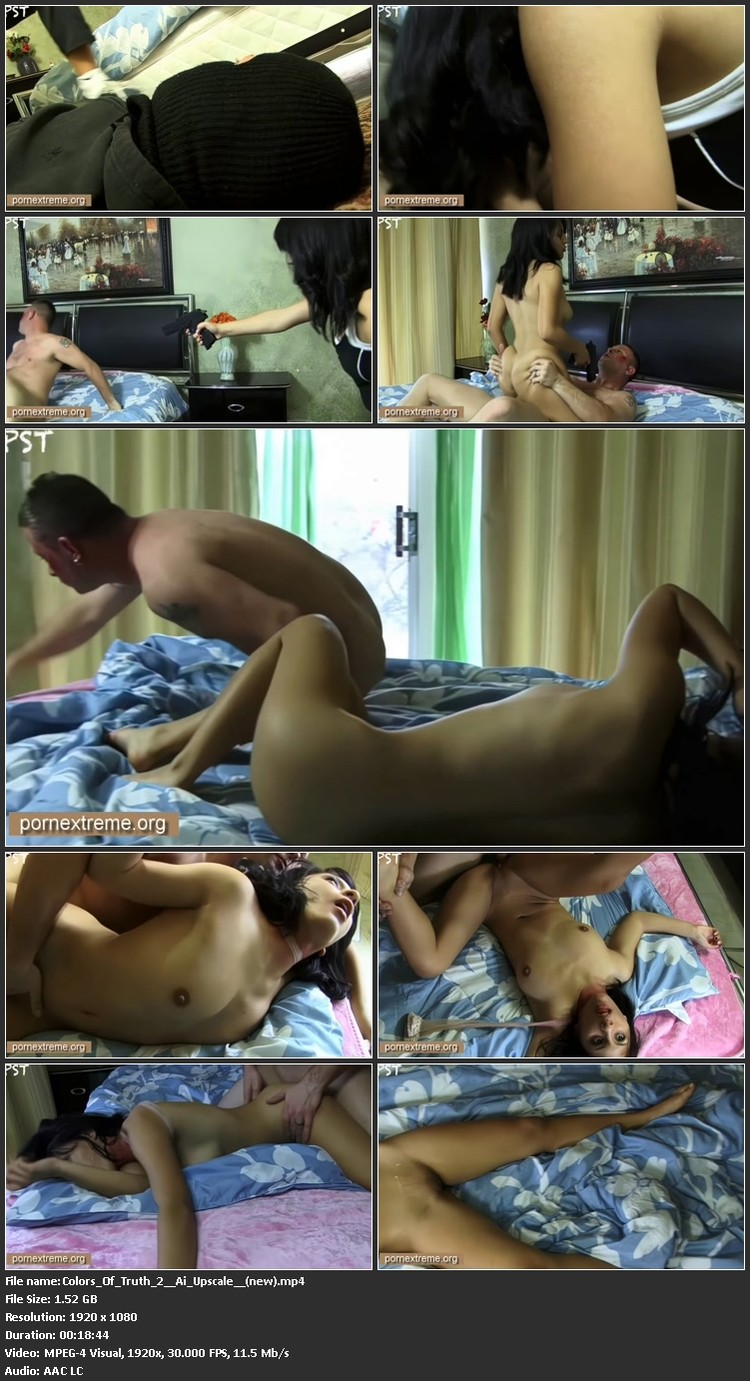