This movie starts with a young woman comes home from work only to be surprised by a masked and gloved stranger in her kitchen. She is forced to sit on a chair while the killer rummages through drawers in her home but there is strange. He never ties her up and leaves his gun on the kitchen counter. At first, it looks too good to be true but the speed at which he is going through the house suggests he likely forgot to keep the gun with him. When he re-enters the kitchen she is holding the gun and threatening to shoot him. Instead of being terrified or begging for his life, he smiles and dares her to pull the trigger. He comes closer and when she does squeeze the trigger nothing happens. Now he has seen her true colors and knows what she would have done. She tries to strike him with the gun in anger but he grabs her and they fight until he pins her against the refrigerator. He manages to grab her pussy and her top and fling her to the floor. They wrestle and he gets on top of her and begin to strangle her. She tries to fight him off but grows weak. He forces her into a sitting position and pours it on, feeling her hips thrust and grind as if fucking him as she struggles to break free. Moments later, she releases a wad of drool and slumps sideways dead. He squeezes her out to make sure she’s gone then dumps her to the floor. Catching his breath, he grabs her boot and drags her into her dining room and lays her on the table where he fucks her in several positions, eventually spraying his semen all over her sexy little round ass. 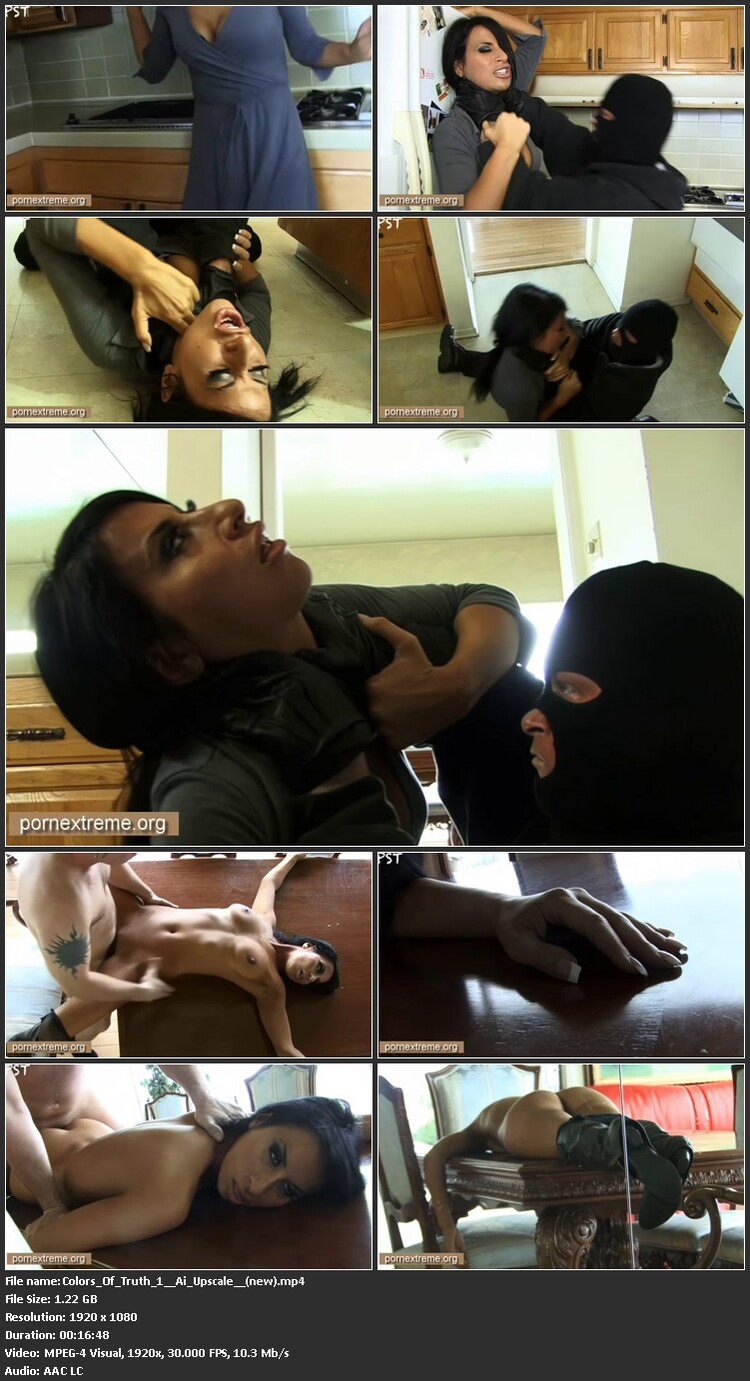