Guy enters with Lily blindfolded, gagged and restrained. He ties her to ropes suspended from his ceiling, take off her blindfold and starts yelling with loud voice full of anger and frustration. He tells her he lost an important client because of bad service with AT&T. She mumbles something through the gag, so he free her mouth. She tells him that had nothing to do with her, she is only the face for AT&T… he needs to talk to the service department. Then she starts begging him to let her go. He says he got AT&T because of her, and she’s the one he intends to punish. Lily starts crying, and he puts the gag back in her mouth. He starts molesting her breasts through the blouse. She starts screaming through her gag, so he gets rough with her. He pulls her hair; slaps her face, ass, and tits. Then he tears her blouse off and reveals her tits. He plays with them, twisting her nipples, then he takes his knife, cuts her skirt off and flosses her pussy with her panties. Then he cuts her panties off as well. All she has left on are her stockings and ripped blouse. He chokes her few times with his strong hands till she passes out, then he pulls out his dick and fucks her from behind. Lily wakes up and starts screaming, but he continues to fuck her till he pops a big load inside her. Than he takes a garrote, wraps it around her neck and starts strangling her standing up. When Lily is dead, he gets his last feelings of his anger out, fondling her dead and dangling body, then leaves her hanging from the rope and goes about his business. 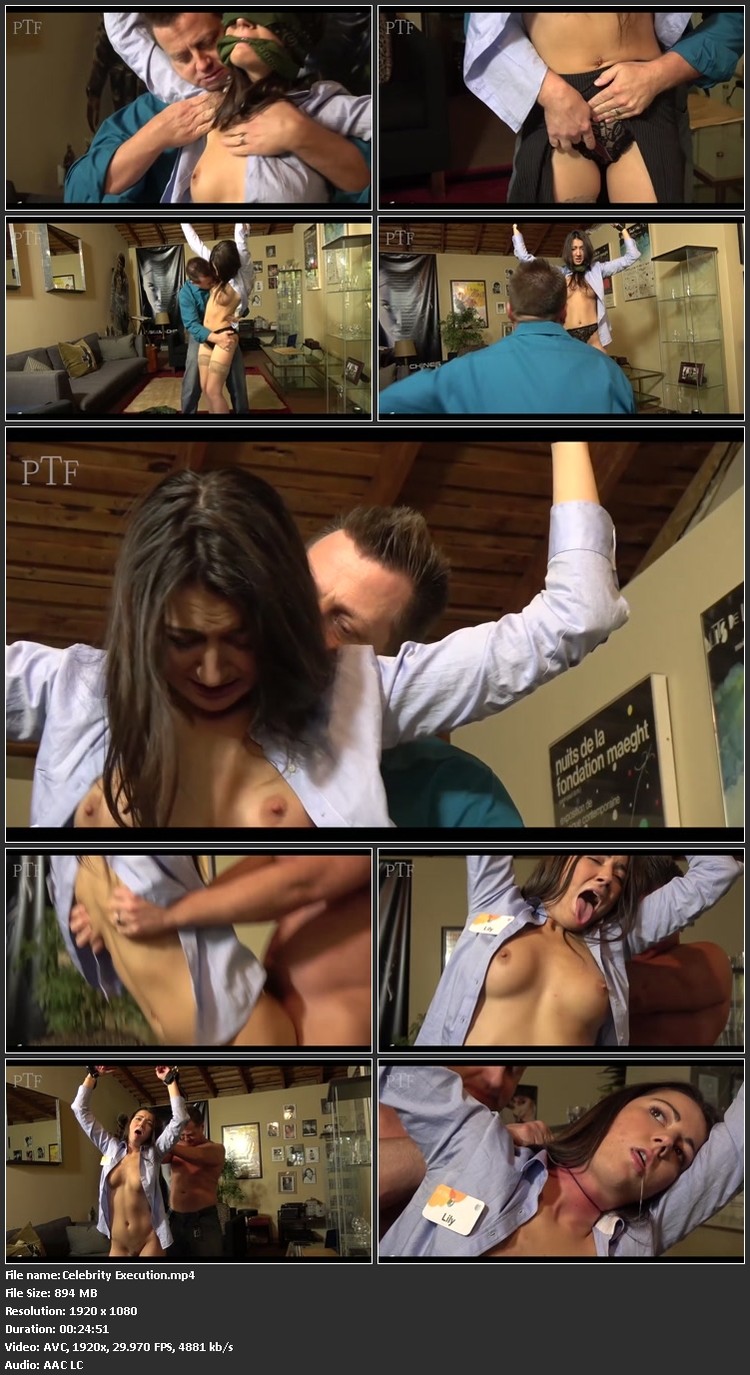