This movie starts with a man receiving a telephone call confirming that a once close friend screwed him over enough to make him want to kill her and her friend. We don’t know what transpired but it was enough for him to premeditate her death. He grabs a pair of gloves and a ski mask and leaves him apartment. Next we see Stephanie (played by Layla) entering her home in the afternoon. She sits and watches TV when she feels someone behind her but when she suddenly turns no one is there. She stands, thinking her girlfriend is playing a trick on her but after a few seconds someone who snuck up behind her savagely attacks her. A nylon is quickly wrapped around her neck and she is strangled violently while standing. Nowhere to twist and turn, she tries to reach back for his face but cannot. He is wringing her neck while holding her body erect. She is the one he wanted first. Weak knees force her to drop to them and he jerks and wrings her neck even more. It is personal for him and he follows her down to the floor until she is still. Once he knows that cunt is dead, he scoops her into his arms, carries her a few steps to the couch then drops her lifeless body there, admiring it for a moment until he hears a car door close in the garage area. Her friend has just returned. They were always just a step ahead or behind one another. When she enters she thinks her friend is playing a prank on her just like she’d done on Halloween but this time she wasn’t falling for it. She goes over to shake her but to her surprise the body slumps to the couch. The killer announces that she is next and she takes off in fear. She manages to get the her car and sits before the killer reaches out from the back seat and wraps the nylon around her throat. How did he get there so fast or was there another killer she thought. She struggled for her life, her fighting tightening the leggings so much so that it plastered tightly around her naked pussy and her plump little dark ass. He pulled and pulled until drool rolled heavily from the corner of her mouth, no mercy, no reasoning, just death. He released his hold on her then carried her back to join her friend on the opposite couch. There he stripped them and plunged his hard cock into some tight, warm places, finally finishing off in their mouths since they could never keep them shut while they were alive. 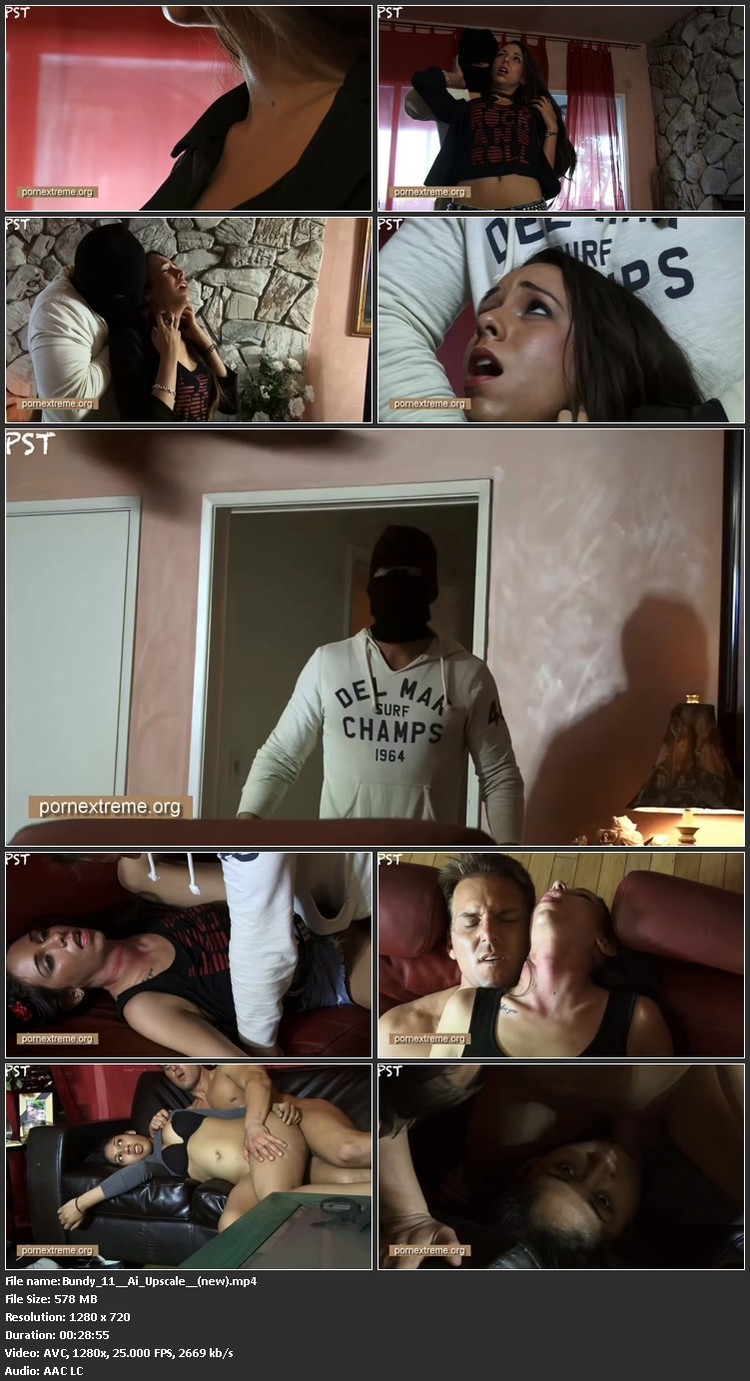