Soon enough a creepy Villain type in torn jeans approaches her. He wants to join her little party and won’t take no for an answer. He pulls a knife on poor Penny, and forces a kiss from her, then a grope. Soon enough she is forced to take his cock into her mouth by the knife at her throat. Next the scoundrel produces his own pill bottle and shoves some into her mouth. The new drug renders her very compliant, almost unconscious. The Villain wastes no time slashing her nighty to ribbons and tying her wrists with the ragged silk. Penny lays back in a drugged stupor as he kneels between her legs and feasts on her defenseless pussy. Next he hauls her to all-fours and just as she starts to come out of her drugged state starts raping her from behind. Penny screams and cries but he just fucks her harder until he cums in huge spurts all over her back and ass. Penny then does the EXACT wrong thing and sobbing, threatens to call the police. A quick wind of a garrote around her throat silences her for good. Penny struggles and claws and flails her limbs but in the end he is too strong and snuffs her out forever. 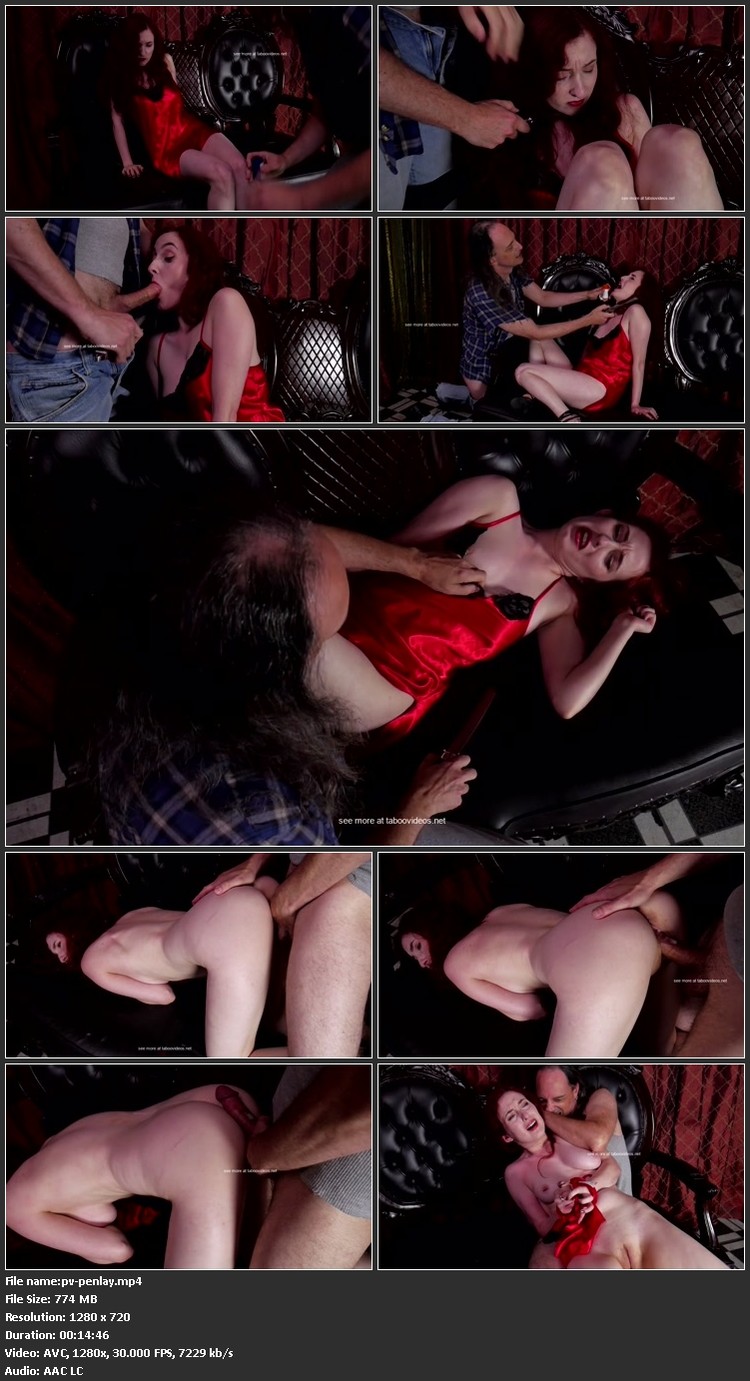