Lexx Luther is confronted by the Superheroine sister team Liberty and Justice. He attempts to use photo-tronic mind-control device but the sisters are prepared with protective goggles. But Luther is able to use another device to put them out.
Now Luther experiments on the sisters and finds they have a psychic bond that allows them to feel a small amount of what the other is feeling and also gives them the strength to resist his mental domination device. He forces them to cum over and over, each feeling more and more of the other’s orgasm on top of her own. They try to resist and get control back, but in the end, they succumb totally, and Luther experiments a bit more. Liberty and Justice wake up, not knowing how long Luther has had them. They use their now super-powerful bond to give one sister all their combined strength, and, after a mighty struggle, they break free of the shackles.
Confronting Luther in his office, Liberty takes the entire stun blast, and Justice gets the upper hand on Luther. But the sisters start feeling oddly weak and unable to focus. The flowers on Luther’s desk are from Poison Ivy and the smell makes the girls the weak and aroused. Luther traps then in the room and slowly the flowers overpower the sisters. They give in to the unthinkable. Luther returns and neutralizes the effects of the flowers. the sisters wake up and when Justice insults Luther he uses his mental domination device and commands her on her knees to suck his dick. Once more Liberty sacrifices herself to protect her sister from being shamed she willingly kneels to suck the villains cock. Justice is commanded to be turned on by what is happening and goes back and forth from aroused to disgusted. Luther then uses the device and the sisters are mindless cock sucking slaves. Luther fills Liberty’s mouth. Now Luther is going to use the sisters as sex slaves, starting with Liberty, but Justice feels every thrust. The sisters are made to orgasm, switching back and forth from aware but helpless to resist, to mindless and obedient. Luther makes the sisters use the device on each other, and he finally cums inside Liberty before putting both sisters out. 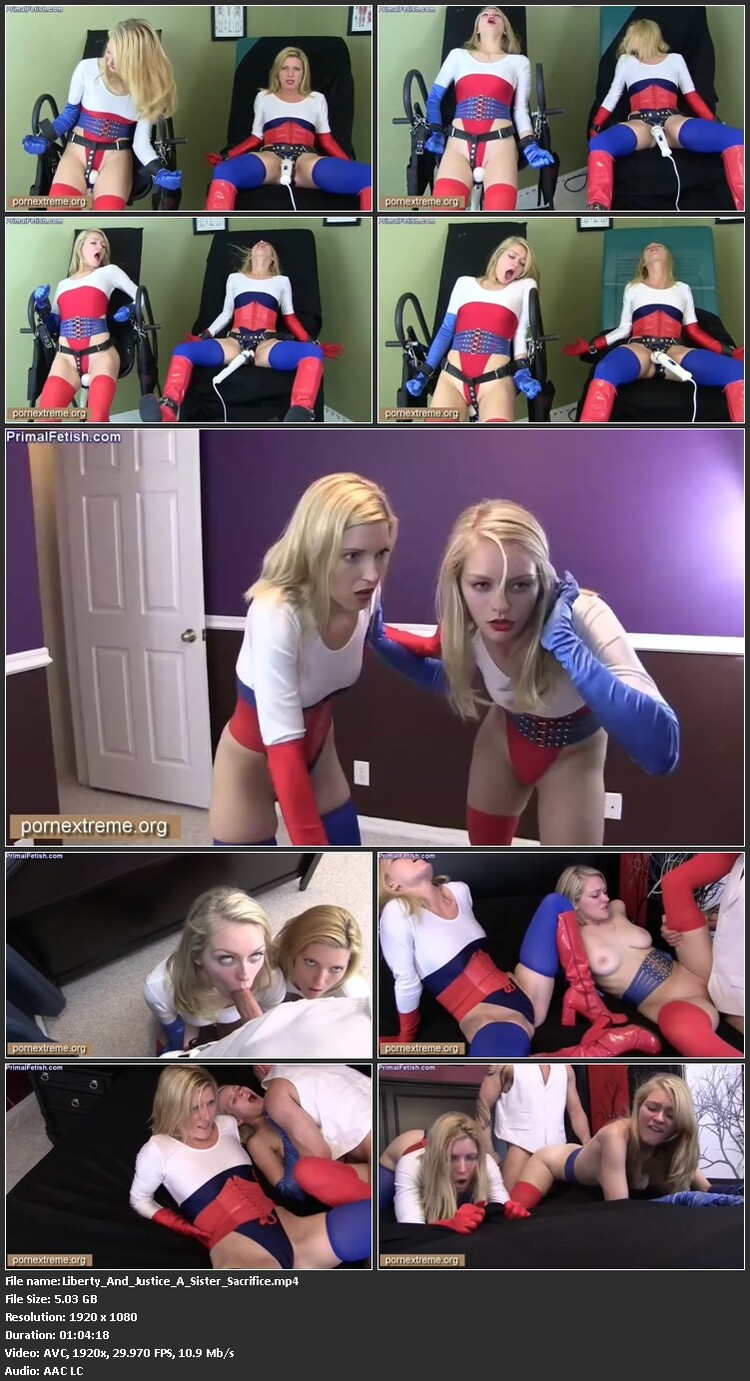