The men played dumb and lured her into the back where they attacked her. With her arms secured overhead they interrogated her while torturing her with groping, hitting, tasering and flogging. They cut her clothing off to her underwear, and eventually moved her to the X-frame. 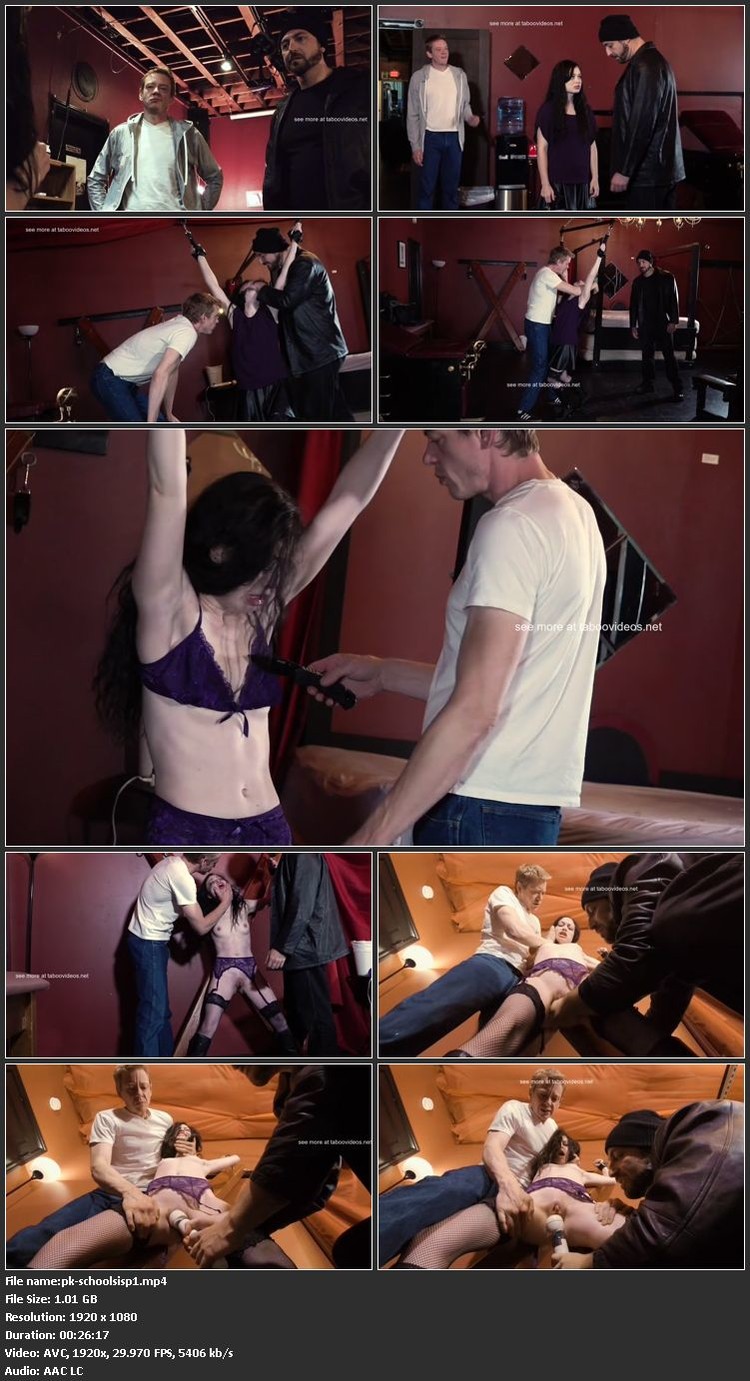