During the night, a man dressed in black creeps into Katie’s bedroom. She awakens with a start but is unable to grab her phone before the masked man shoves a rag over her face. Katie whimpers as she’s forced to inhale the noxious chemical soaking the rag. She begins to slip from consciousness and tries one last ditch effort to escape. But she’s too weak and the man subdues her.

The attacker uses a vicious looking knife to snip off the rest of Katie’s clothes. He toys with her big tits, squeezing them roughly before nibbling on her tender nipples. He forces his tongue inside Katie’s cunt and teases her throbbing clit. Katie begs for him to stop, but her cries fall on deaf ears. 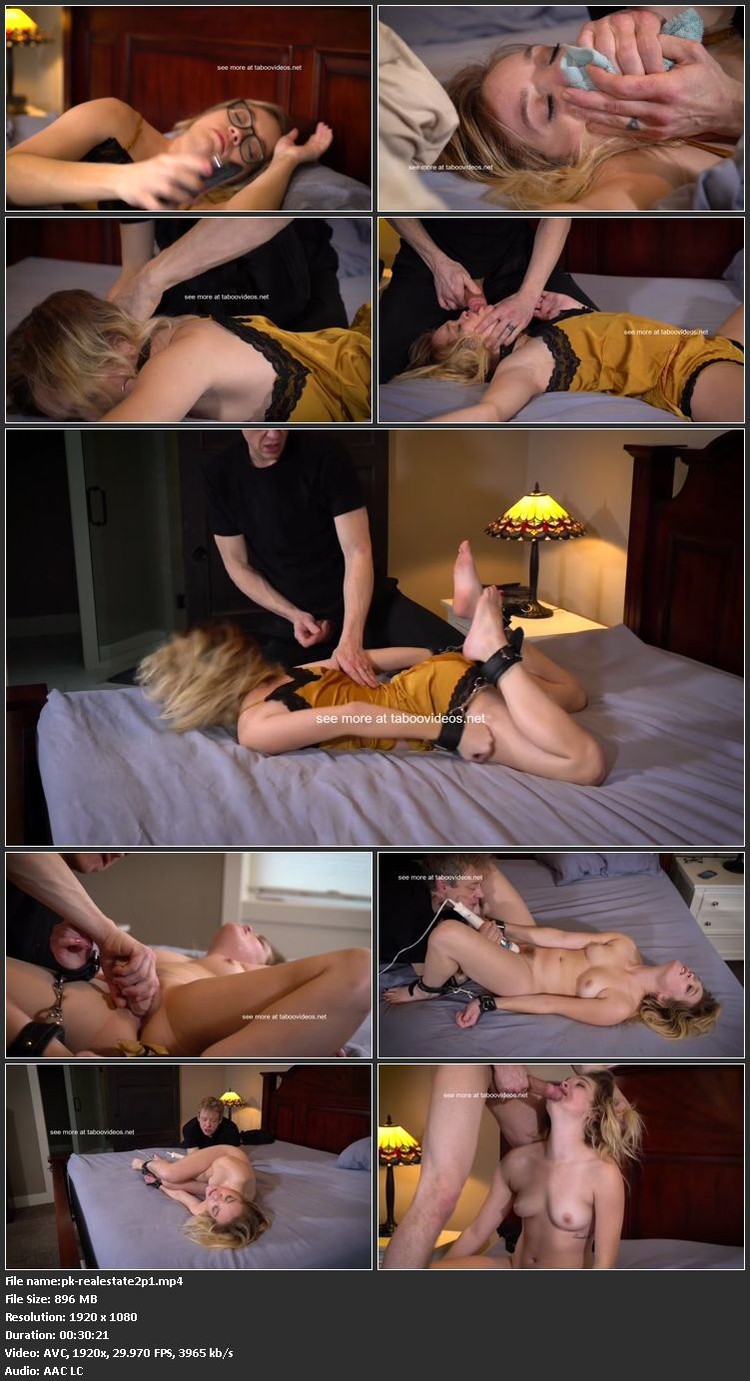