He keeps molesting her as he forces her clothes off. At one point he knocks her out keeping her groggy. He pays lots of attention to her pretty feet, licking and sucking them.

He forces himself on her, fucking her, forcing her to suck him, and finally strangling her with his hands until she is unconscious. She wakes up tied to the bed, oiled up and he is taking picture of her. It is clear what is going to happen to her. He plans to sell her to the highest bidder as a sex slave. 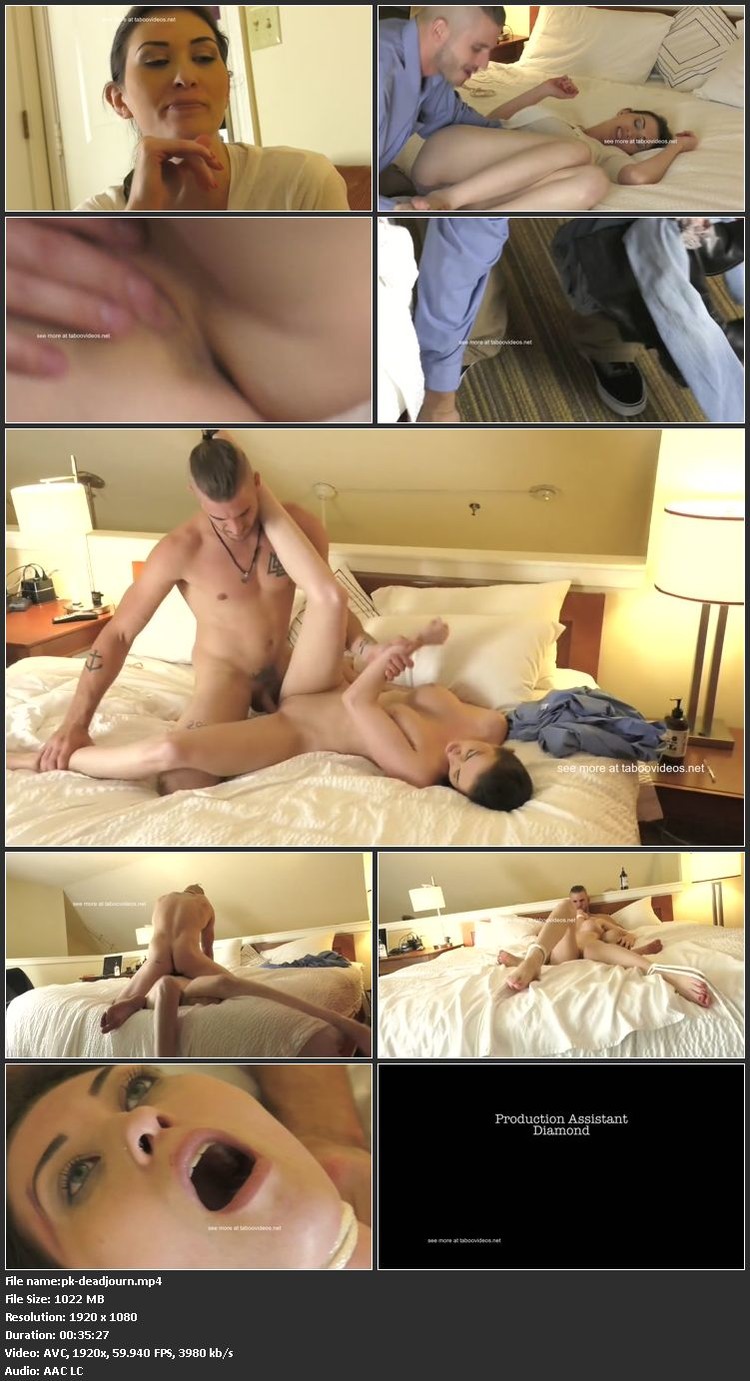