Peachy Keen Films – What Would You Do – Starring Hunter

PKF The most popular extreme videos
May 16, 2021admin

Peachy Keen Films – What Would You Do – Starring Hunter

A girl takes refuge at her uncles house, only to have him sexually assault her, then shoot her 3 times to silence her. A girl bangs on her uncles door–seeking a safe-haven after being scared by a group she passed. He lets her in. She is cold and wet from the rain. Is comforts her and offers to let her stay the night on the couch. He gets her a towel and has her give him her wet clothes. He does, what any noble man would do. And, as her uncle, he has watched her grow up to become a well-endowed young woman. He was glad she came to him for help. Her mom was a deadbeat. He went to bed–but first, he would have a few beers. She lay on the couch and drifted off to sleep. Several beers later, he cam staggering out, robe on, open in front–his junk hanging out. He sees a form on the couch. Then, he remembers, his niece is staying over. Right. What should he do? What would YOU do? The angel on one shoulder tells him to go back to bed. The devil, well, you know what the devil is saying. With a few beers, and a lust that was burning, he sits next to her, slowly pulls off her blanket and starts to play with the sleeping girl. Eventually, she wakes up, and her reaction is not quite what he’d hope for. But, he responded to her shock and stubbornness with vile meanness. Now, he was going to rape his niece and she was not going to tell a soul. What transpired was a slow, semi-violent rape. He first forced her on his cock. She was afraid of him. He was so much bigger, and she was araid of what her mom would do if she learned she was staying here and not at the friends she texted her about. Her mom would hit her. So, she did it–she suck his cock, but she was not liking it. He didn’t care if she liked it or not–he was just loving ramming his huge cock into her mouth–trying to gag her with it. But he got bored of that, and wanted to stick it in her.

She struggle and squirmed all about, but she was just so small. He easily picked her up and got her in the various positions he wanted to fuck her in. And so he did, for a long time until he unloaded into her tight little cunt. He was done. She was curled at the end of the couch. But it was not over. There was a loose end. Her. While her mom would keep mum to keep the cops away from her lab, she would probably tell someone at school. That could not happen. She was already mouthing off when he pulled his gun out. Before she realized what he was doing–BANG!. She was hit above her left breast, but the bullet zinged off her collar bone and slice open a lung. She was suffocating and in shock. Her body was shaking as she stared out at him. He let her struggle a bit, then placed another shot into her belly. No one would here. The rain was heavy and his neighbor was practically deaf. Years in this culdesac had been good for–keeping secrets. He worked his way behind her. He was amazed when her free hand reached up and started yanking on his half-erect cock. Was this her asking for forgiveness. Well, too late for that little bitch. BANG. This one went into her left breast, pulverizing her heart, and ending her. Her hand, still on his cock, loosened and fell as her life left her. He looked her over–a pretty young thing. Then he wrapped her up and the blanket and took her out to bury her. 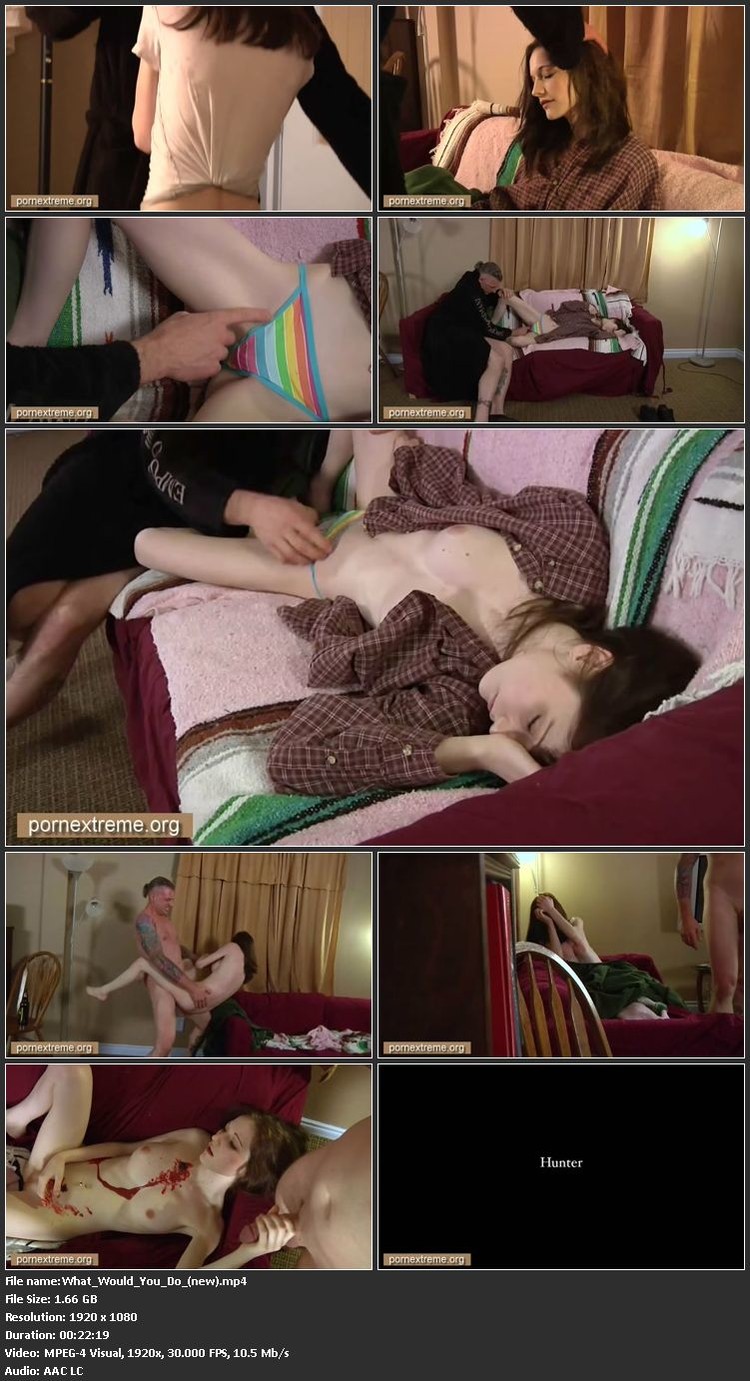