Supergirl is on the run! Two men were hired to capture, disable and unmask her on camera in front of the nation and the world. Supergirl won’t go down easy and puts up a fight, but with the help of a kryptonite laser, she is disabled and the villains have some fun with her, deflowering her before the nation. Then they get her with the brain zapper, which turns anyone into a vegetable, supergirls included, once zapped, they unmask her. They then tie her up like a puppet and humiliate her, flopping her body around like a ragdoll. Then supergirl starts to come to and the villains are forced to strangle her while she is still weak. 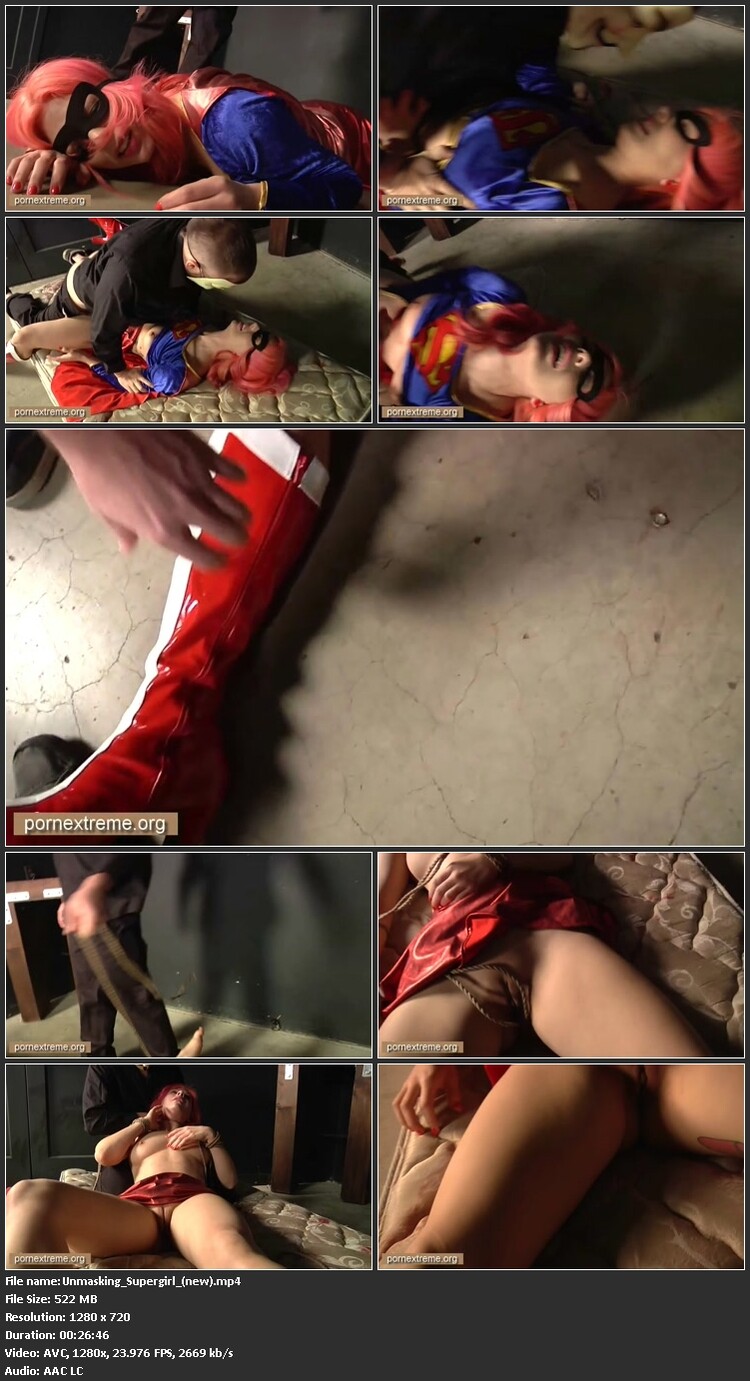