Rock is a HUGE fan of Powergirl. Definitely her biggest fan. So he hacks into the Justice League network and reports an emergency in order to meet her and and get her autograph. He’s just awestruck by the whole experience. Powergirl in his apartment!!! But she’s busy and wants to know where the trouble is. Thing is, there isn’t any trouble. He lied about the emergency He just really wanted to meet her! She’s upset that he wasted her time and hacked into the network. She doesn’t want to have to get him into trouble and asks him to turn himself in. He’ll go in, but first he wants to spend some time with her. He tries to smell her hair and she hits him. That’s just crossing the boundaries too much for her. She strikes him, but he pulls out a laser gun and shoots her with it. She falls to the ground, passed out. Now he can play with her!!! When she wakes up she’s handcuffed to a chair, a gag in her mouth. Rock is caressing her and he’s removed her boots. He’s researched her and her weaknesses and created a special laser gun that weakens her so they can spend some time together. He uses the laser on her again, and this time while she’s out he puts his cock in her mouth. She wakes to find she’s giving him a blowjob. She’s too weak to protest or get free of the handcuffs. After he’s fucked her mouth for a while he uncuffs her and walks her to the bed, where he fucks her until he cums. Not wanting her to get away just yet, he shoots her again with his special custom laser. But he goes a little too far. This time, she doesn’t wake up. 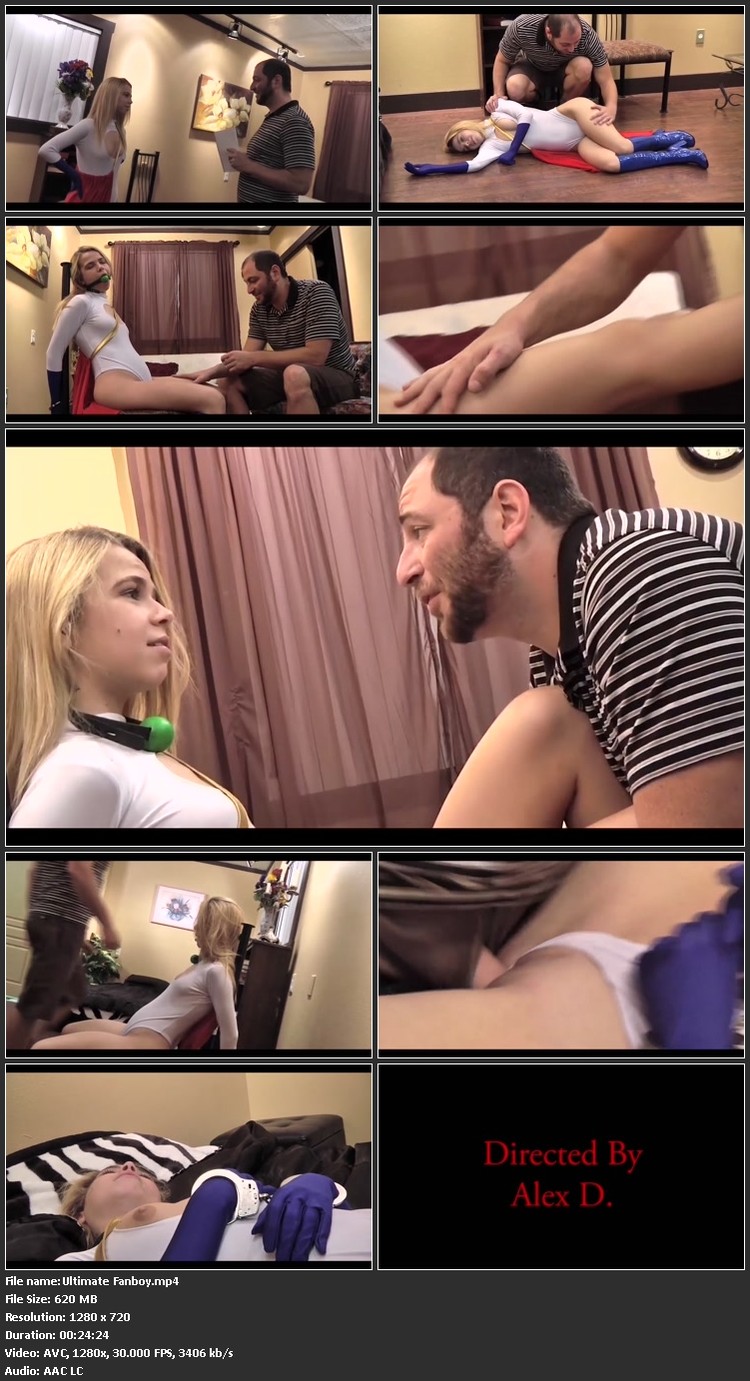