The villain, Midnight, has been captured by Turtlette, and is in jail awaiting his fate. Turtlette goes to visit him before his final hour, but he simply smiles at her as she rubs his fate in. He stands up and rushes at her and grabs onto her and holds her. She fights, but can’t escape his grasp, so she yells for the guard. Officer Lucky runs in and Midnight throws Turtlette to him then opens his cell door and has the guard take her in. Turtlette realizes that something is wrong and demands to know what is going on. Midnight explains that he used his mind-fucking powers to take control of the whole prison staff, Turtlette rushes at both of them, trying to stop this villainy. Both the guard and Midnight take Turtlette down, knocking her out, then Midnight has the guard hold her down while he strips her and fondles her body. She starts to wake up as Midnight fingers her tight pussy. He grabs the guards nightstick and starts to fuck her with it, she squirms and tries to get away which only makes the mastermind hornier, so he pulls out his cock and starts to fuck her while the guard holds her down. He fucks her hard and deep, pounding her tight little pussy, then he flips her over and fucks her doggy style while pulling her hair until he cums. Then he pushes her up against the wall and punches her in the belly a few times before he leaves her to her fate. He orders the guard to strangle the weak heroine, so he grabs a rope and wraps it around her throat and strangles her till she is dead. 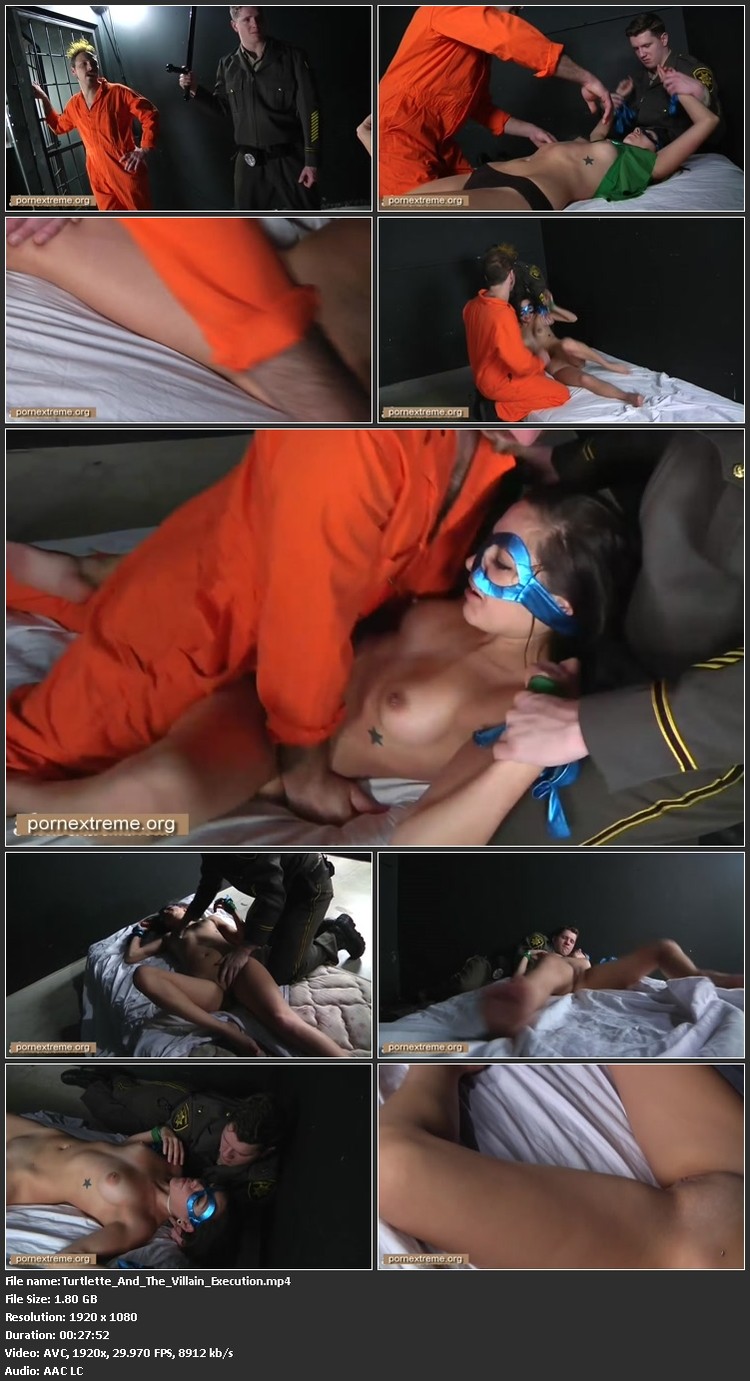