Agents Alexa and Birdy have tracked down the secret safe house of two hardened criminals. Splitting up to cover more ground, the two agents make for easy prey. The men have been alerted to the agents and lie in wait, first surprising Birdy, disarming her and stabbing her in the gut before she can make a sound. Held firmly by one man, the other takes his time, showing the female agent a wicked hunting knife dripping with her own blood, then stabbing her once in each breast. She is let go to fall to her knees, pain and blood loss sending her into shock. One of the criminals leaves to look for the other agent, but the one with the knife stays to play with the dying agent. He fucks her savagely, gore oozing from her wounds, as his brutal thrusts rock her weakened body. The cruel assault makes her last moments a living hell, but, while in the midst of raping the abused woman, the man plunges the knife into the center of her chest. There is a look of intense agony and then her eyes go dull, as blood bubbles up from her mouth and her many stab wounds. Suddenly, Agent Alexa steps from the shadows, training her weapon on the man standing over the corpse of her partner. He raises his hands in surrender, but it was just a distraction, allowing the other criminal to shoot Alexa in the gut. Gravely wounded, her gun drops to the floor as she crumples to her knees. The armed man wants answers and forcible strips the bleeding woman naked, shoving the barrel of his gun up into her exposed pussy. She begs him not to shoot her in the pussy, and gives him the answers that he demands. True to his word, he takes the cold barrel from her cunt, instead shooting her in her gorgeous boob. Now it’s his turn to have fun. He pulls out his stiff shaft and, holding her legs apart, forces himself into the dying agent, crimson leaking from her mouth and multiple gunshot wounds. The feeling of sexually tormenting the gore streaked agent brings the man to a quick climax, and he sprays her with his cum as the ultimate degradation. The two criminals escape to a new safe house, leaving the agents’ back-up to find that they have arrived too late, the naked, blood and sperm covered bodies of Alexa and Birdy already stiff and cold. 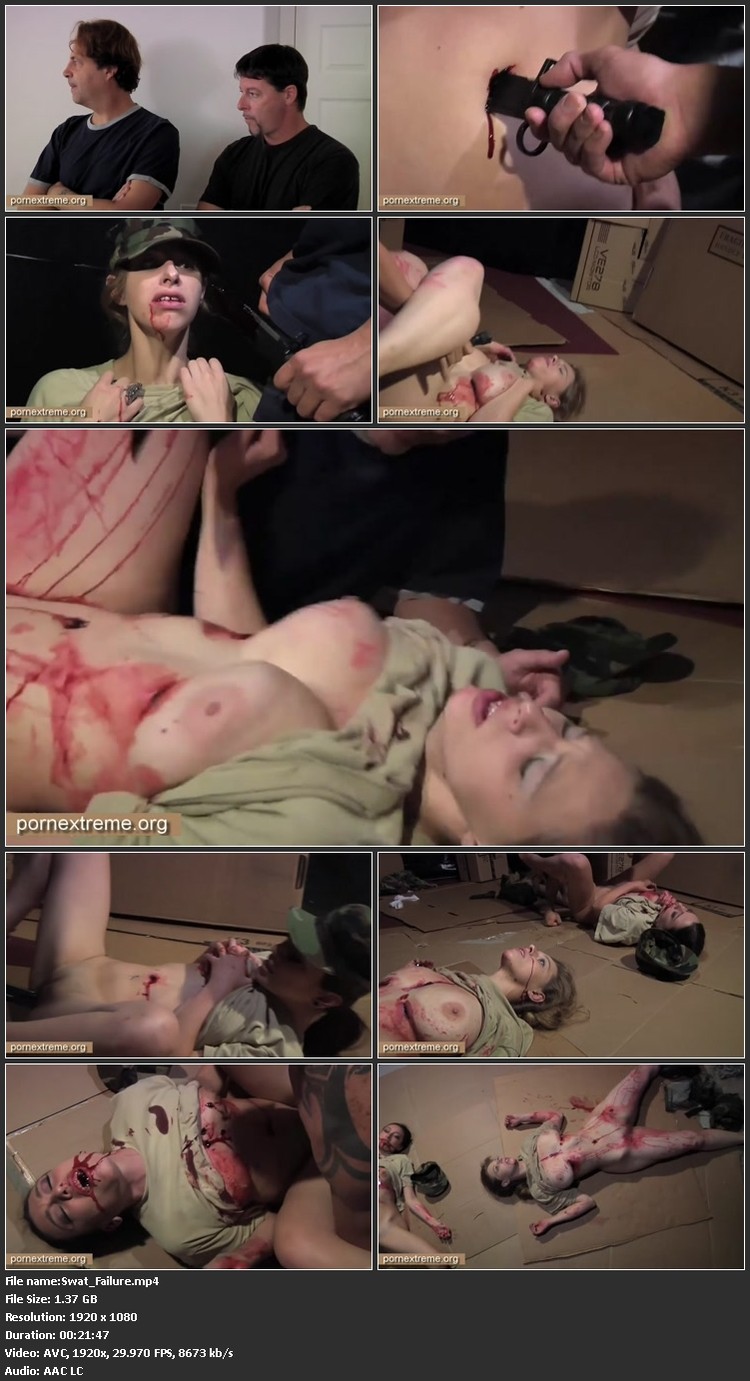