Max performs special services under the guise of a photography studio and like so many other times, he has a jilted male client in his office. This poor basterd was in love with a stripper. And, she was a real cock tease. Now, though his services, this poor man would have his revenge. She was easy to lure into the studio. They always are. After some small talk, he watched the poison in the drink he gave her take effect. She tried to run, but barely could crawl out the door. She is half out in moments. He called the client in, AJ was his name. And, AJ wasted no time and was quick to fondle the beauty he had been lusting after so many weeks. Later, she was bound and head covered. In the cellar, they revealed themselves to her and he let AJ get started. He kicked her a few times, venting his frustration, the was quick to get some from her. Scared, she sucked his cock like a pro, even licking his balls. None of it would save her. After unloading in her mouth and watching her swallow–good girl–Max came back and they got her on the hoist and beat the crap out of her. Then, later, he spanked her ass, then bent her over for some partially suspend doggy rape…..or whatever it was called. He just fucked the bitch good and hard. After a bit, he got her on the matress and fuck her some more. Then, they got her up on the X-frame. AJ gave her some vibrator time and forced her into one mean orgasm. But Max was jonesing to inflict pain and with AJ out of the way, whipped her real good. Finally, after she was covered with bood whip marks, AJ took her down and got another BJ, this time, after unloading in her, she spit it out–bad girl. So, it was back up on the X-frame and Max had a special treat. Hot Poker. After several burns, screaming, and passing out, it was time for the end game to start. They woke her up by soaking her with water then started shocking her with an electrified metal spike. They ran it all over her and at one point, stabbed it right into her body. She was done, groggy and looked like hell. It was time to finish it. They placed the spike behind her neck and let it rip until she was gone. For Kay, it was this stripper tease’s last stand!!! 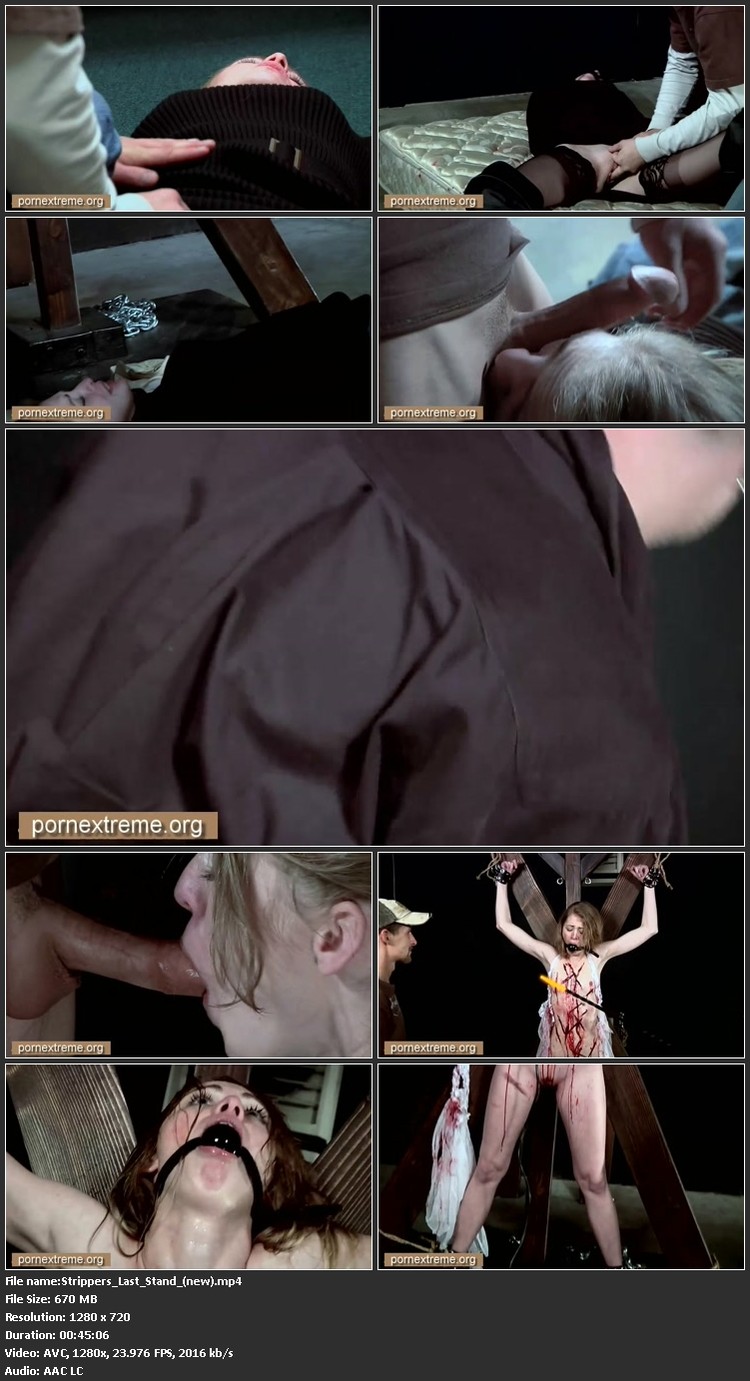